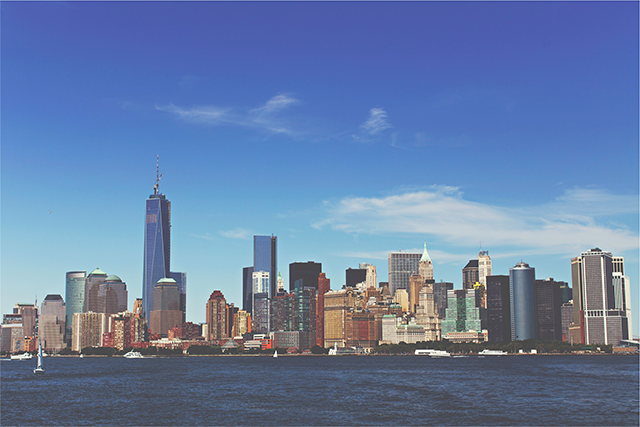 When you’re younger, everyone likes to tell you what you should do. Sometimes it’s for the best, like when your parents tell you not to date some idiot or that trying all the drugs isn’t going to work out so well for you. Other times… well, you can imagine.

Even once you get older, people still like to tell you what they think you should do.

I very fondly remember riding the bus home one night after work and having a high old man tell me that people should embrace their natural beauty. Once I got off the bus I started crying; I’d been having a shitty day and that stoned elderly dude had made it just a little bit better.

I’m fairly certain that it doesn’t matter how old you or I get, because there will always be someone waiting in the wings to tell you what they think is in your best interest. If you’re anything like me, you can’t stand these people, even if they are sometimes right. Alas, they’re not going anywhere, so it’s become a fine art of taking in what they have to say and figuring out for yourself what to do.

I can’t remember too many instances where I’ve taken advice from someone else seriously enough to act on it. The one instance that stands out the strongest in my mind is from when I was a senior in high school.

It was during the spring and I was months away from graduating. I couldn’t wait to get out of middle-of-nowhere Wisconsin. The only problem was that I wasn’t exactly sure of what I wanted to do. Of course I was going to go to college, but I had no idea what I’d end up studying. I figured I’d go to the nearest larger city and attend a community college, then transfer when I knew what I wanted to do.

This one particular afternoon I was hanging out with my classmates in the English classroom. This was where our homeroom was held, and we were waiting to go to lunch. The students were scattered around at tables, working on assignments, reading, talking, passing the time.

My English teacher was passing by and stopped to ask me something about if I’d decided where I was going to school. I told her the deal: community college in the nearest larger city, transfer when I knew what I was doing, yadda yadda yadda.

I wish I could remember exactly what she said.  But honestly, I can’t. I only know that she encouraged me to go to a bigger city.

My high school was tiny enough that it was no secret for anyone that I was an oddball. And I’m sure that what she said spoke to this fact. You’ve lived long enough as the outcast—maybe go to a place where you’ll fit in.

Why endure more of the same when you can go somewhere and have the chance to find your kind of people?

It was one of the best things anyone has ever told me.

She advised me to go where I’d feel more welcome, yes, but in a way she also told me to do what I wanted.  And that was the first time I’d ever had that as an option.

When it comes down to it, her advice wasn’t about the best school or the best education, but about being happy. I can’t remember any instances prior to that where I realized I had a choice in doing what I wanted to do. Did I want to go to school in a town I’d already visited countless times before?

What I really wanted was something new. I wanted to take a chance and do something unprecedented for myself. By going to the big city, I was leaving behind everyone and everything I knew. I was a stranger in a strange land, and the possibilities of what I could do next were nearly endless.

Why Stay Here When There is So Much More Waiting for You Out There?

Some conversations are inevitable and necessary, but also difficult and uncomfortable. We all will have this kind of conversation at...