I was recently able to bring my net worth into the green, a lofty goal that has taken years to accomplish. It’s taken me so long to get out of the red because I’m relatively good at putting money in savings, but I’m terrible at keeping it there.

While in high school, I babysat and worked for a local grocery store. I saved a lot of what I made and had a pretty good amount in savings, but I took a school trip to France that had cost me almost $3,000, AKA my entire savings at that point. The trip was amazing and I don’t regret it, but since then I have repeatedly drained my savings account for something I thought was really important. This habit has created a vicious cycle that makes upcoming expenses and emergencies more difficult to weather.

So far, repeatedly draining my savings account has cost me:

My college major had an international requirement, so I couldn’t graduate without spending a portion of my school time abroad.  It was my dream to spend a semester or entire school year in Europe but when it came time to apply for programs, I realized I didn’t have enough funds to make it work.

I could only afford to study abroad for 9 days, and even that was pushing my financial boundaries, even though I was able to land a scholarship for a portion of the expenses. It ended up costing thousands more than I was prepared to spend (mostly on the plane ticket and food), draining whatever I had left in savings from gifts and part-time jobs.

The summer before senior year, I took an unpaid internship in another city. The internship was a big opportunity for me and it has since opened the door for other opportunities, so I don’t regret taking it.

But because I had so little in savings, I had to work part-time at a hardware store just to get by. Instead of enjoying the experience, I became physically and mentally exhausted from working so many hours but only making maybe $95 a week. I barely made enough to afford food and gas, not to mention paying for 3 months of rent. I ended up losing a lot of money for the sake of experience and I started my senior year with basically $0 in my account.

I didn’t get a slew of job offers after I graduated from college, but I did end up getting another internship (paid this time.) I was lucky enough to work remotely and was offered a full-time position when the internship ended. However, the offer was contingent on moving to Washington, DC. I couldn’t afford to move because I had a 21-year-old truck that needed replacing and no money or credit to my name.

Moving to a new city, especially one with such a high cost of living, is expensive. It would have been incredibly irresponsible to move there with so much debt and the salary they were offering. I don’t know if the job was really the job of my dreams (I can’t really know that until I’ve had it), but if I had had money saved, I might have been able to make a move that potentially could have changed my life. 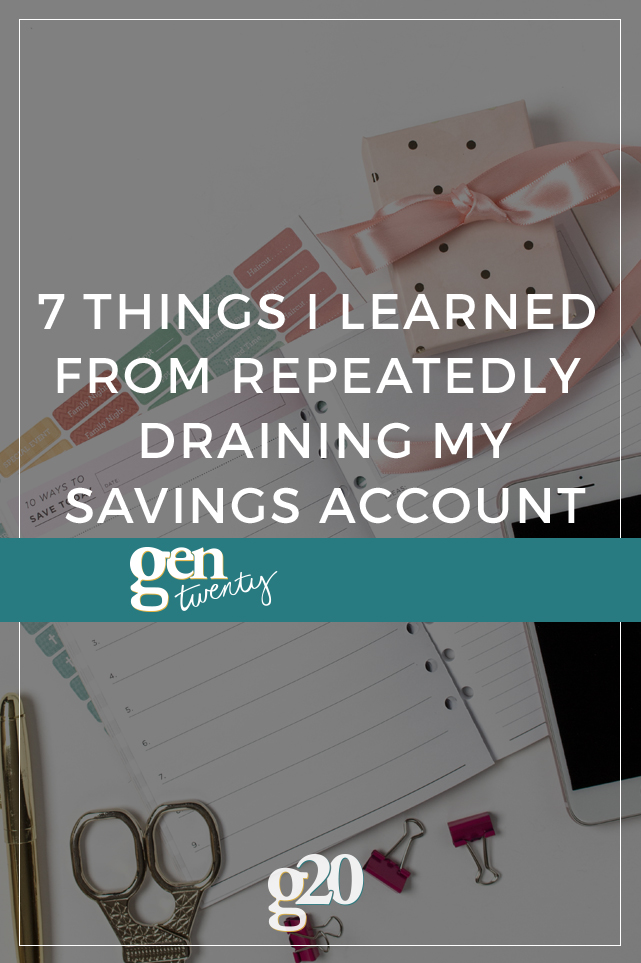 When I finally did get a job, I saved up $5,000 for a down-payment, bought a brand-new car (why?) and then ended up losing my job a year later. I’ve since found a new job, but I quickly took one of the first offers I got instead of thinking long-term about whether I wanted to work in that industry or job function.

If I had had money in savings (aside from what I received on unemployment), I might have had more time to find job opportunities that excited me and had more flexibility in choosing a new career path. And in general, having money in savings means I’m less likely to feel trapped in a job if it turns toxic. 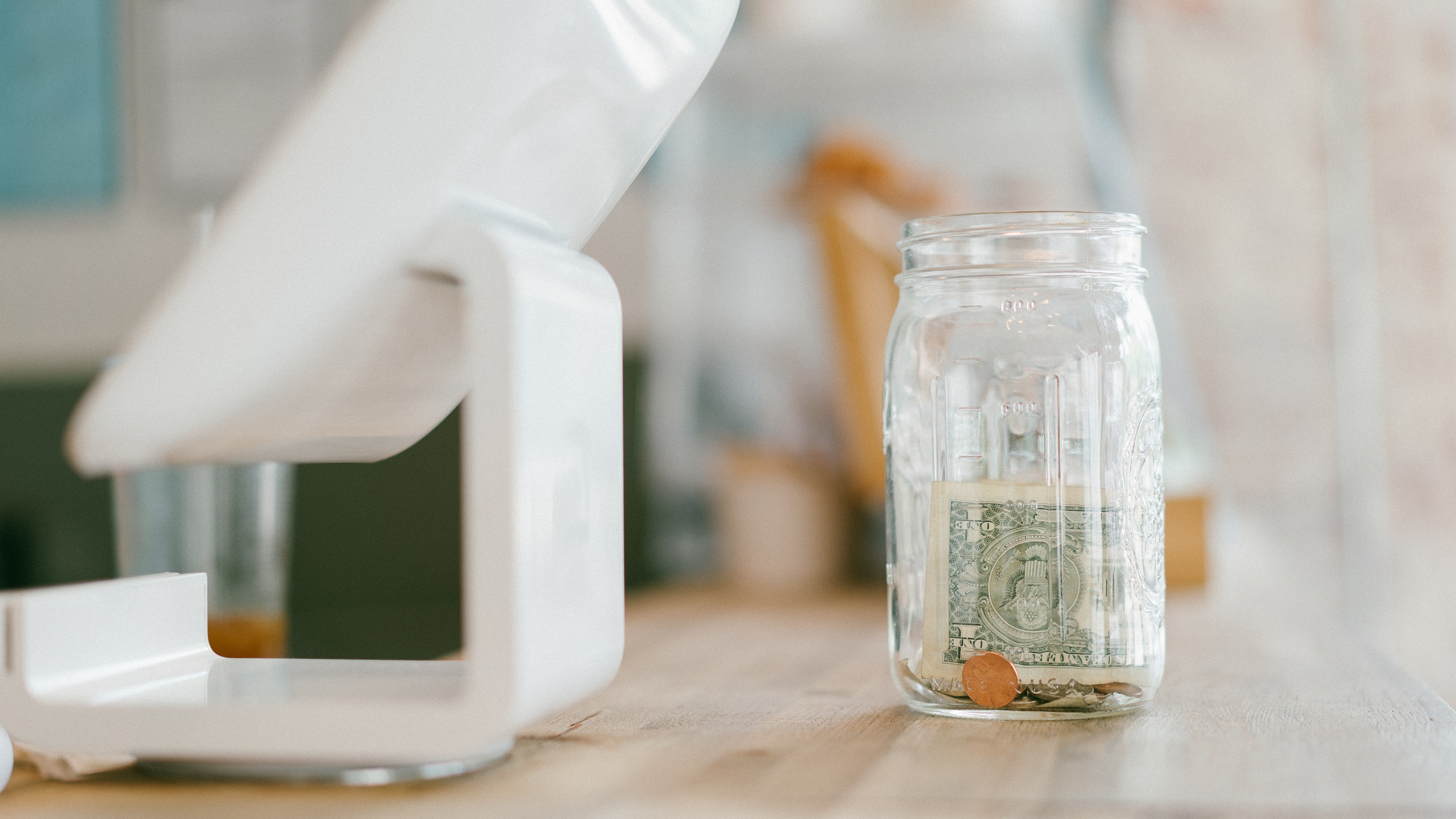 5. The ability to handle an emergency situation.

I got into a pretty serious fender-bender last summer (4 car pile up.) Luckily, no one was hurt and I had insurance that covered the majority of the repair costs, but I wasn’t prepared for the other costs that would come with it.

I paid for the deductible, a portion of the expenses for a rental car that insurance didn’t cover, and my insurance rates went way up. I didn’t have a substantial amount of money saved, so I drained my savings again and then put other expenses on a credit card (0% interest, thank goodness).  Having enough saved for an emergency would have made the next several months way easier to navigate.

A few weeks after the accident, I went on vacation with my boyfriend. I considered canceling it because of a lack of funds, but we had been planning it for months and I didn’t want to miss out on a much-needed break from reality.

For the next week, I nickel-and-dimed everything. Buying a 2nd glass of wine was too frivolous, so it made me feel guilty. Going out for brunch or going on a pricey tour didn’t feel like it was worth the precious dollars I was sacrificing. I constantly switched from an, “It’s vacation, I should treat myself” mindset to an, “I don’t want to spend any money because there might be another emergency and I still have so much to deal with when I get home” mindset.

My boyfriend offered to pay for almost everything, but I didn’t have the heart to put all the expenses on him. Needless to say, I came home just as frazzled and stressed about money as when I had left.

7. My self-esteem and sense of self-worth.

I had been working full-time for quite a few years, so when I looked at my non-existent savings, it made me feel like I had nothing to show for it. How did I earn so much and still have nothing saved? How could I have been so irresponsible? It made me feel like I couldn’t take care of myself and that I would always be a financial liability to my loved ones. Not the best feeling.

I made a lot of decisions that I wish I had done differently, and I’m aware of the insane amount of privilege I’ve had with money and opportunity in the past. If I didn’t have an amazing support system, my situation could have been worse. Even being able to travel abroad, do an unpaid internship or work remotely is a privilege not everyone has. Not to mention the fact that I was usually making enough money to put into a savings account in the first place.

Looking back I should have kept my savings cushioned enough for things I knew I would need money for (i.e. studying abroad, vacations and annual expenses). It’s taken me almost 10 years to learn that having a savings account that I don’t tap from regularly and a separate emergency fund is the best financial solution to my bad habits. I think I’ll alway wish I had saved more, but I’m very happy to be stepping in the right direction.

How to Save for Retirement in Your 20s

Follow these simple steps to plan for your future.