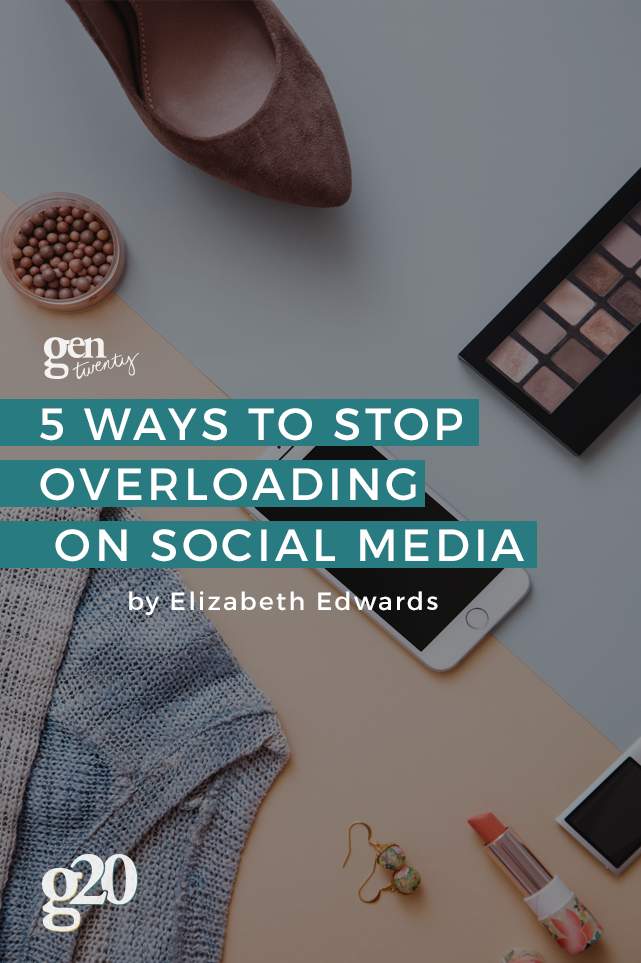 As the words glared at me from my online reading app, downloaded but seldom-used, I was disappointed. In the 365 days that had made up 2015, each comprised of 24 solid hours, I had only managed to turn the pages of FOUR books. I, a college graduate who prides herself on being well-rounded and cultured, couldn’t manage to make it through more than one book every three months. I felt shocked and horrified, instantly questioning where I’d spent my spare time, though deep down I knew. The vast majority of those free hours with which I could have done any number of activities, from reading to skydiving, had been idled away behind one of three screen: a smartphone, a television, or a computer.

Swiping, sliding, clicking, and flipping, those screens had sneakily stolen bits and pieces of my life, leaving me with less than little to show for it.

Sure, I was up to date on the comings and goings of friends I no longer spoke to and I’d gleaned more than one juicy piece of celebrity gossip, but upon further reflection I realized the awful truth: those screens had ultimately sucked away many moments that I could have proud of.

I made a resolution then and there that 2016 would be different.

The above anecdote is entirely mine and entirely true, though given a healthy dose of dramatic flair. I do spend an exorbitant amount of time behind one type of screen or another (Facebook a mere window away as I write this) and I have seen this habit monopolize my time and my goals. In this, I know I’m not alone. Though I do not, in any way, view devices, screens, and applications as demonic, and while I do think they are incredibly useful for many reasons, I think we tend to take their usage to the max.

If you, like I did, find yourself feeling upset and robbed of time, you might consider looking further into your screen habits and possibly making some changes. Additionally, if you experience issues with sleep, eyesight, cognition, or even unexplained weight gain, it’s well worth exploring ways to cut it back and cut it out.

1. Use an app to manage your browsing.

One method that is both effective and simple–AKA not requiring much work on your part–is the utilization of a time management app. Designed to both limit the type and amount of time spent engaging in certain media. These tools can be used for virtually any type of media and options are available for nearly all household sizes and budgets. One popular option for those struggling with popular “time-wasting sites” is StayFocusd. Designed for Google Chrome, this application will help you stay on track and focused by blocking certain sites after your daily time allotment has been reached.

2. Put limits on your media.

Limiting the type of media you engage in is another way to trim the screen time. For example, if you find yourself perfectly capable of retiring to bed after one film, but mindlessly binge-watch the latest Netflix shows till the wee hours of the morn, harness some self-discipline and avoid streaming for awhile. Gather DVDs from friends, family, or even your local library and opt for a movies only week. Check in with how you feel after the seven days and adjust accordingly.

Natalee tried a TV-free week, and while it was a challenge, she learned more about her screen time habits and how to limit them in the future.

For a slightly drastic change, but one that yields excellent results, designate your bedroom as a screen-free zone. That means no smartphones, TVs, or computers. Worried about missing an important call? Set your cell just outside of the doorway where it can still be heard, but don’t allow it to actually enter the room. Seem too tough to handle? Do your best and try to utilize this space as a place for rest and relaxation. Your sleep habits will thank you.

Getting involved in a new hands on hobby or pastime, anything from exercising to knitting to kite making, is one of the most effective ways to both increase your life quality, while decreasing those darn screens. Though it’s hard to relinquish the phone in favor of creation, the feelings that come with such a choice are ten-fold; satisfaction, fulfillment, and pride among them.

5. Make your own rules (and reward yourself with Twitter time).

Finally, consider creating your own personal policy. Mom and Dad may not be setting the rules anymore but that doesn’t mean you don’t need some. For example, adopting an “only when I have completed my chores and read for one hour will I allow myself to indulge in as much Netflix as I wish” mindset will enhance productivity while offering a pleasing reward.

Completely forgoing technology in a plugged-in world may be unrealistic, but keep in mind that there was a time when humans lived full, meaningful lives without today’s gadgets. Consider striking a greater balance between those two worlds and making your future screen time intentional.

Elizabeth has a B.S. in Family Life, with an emphasis in Human Development, from Brigham Young University. In her free time she enjoys photography, thrifting, and heath and fitness. In the future, she would like to expand her freelance career and move into an editing position.

You Can’t Learn Math? I Don’t Believe You.

I suck at math. Really, really suck at it. Eventually, though, I realized for my dream job, I'd have to...