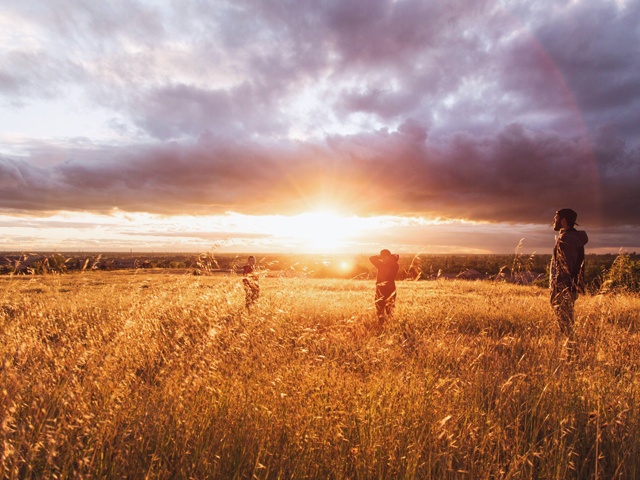 In 2010 Robin Marantz Henig wrote a brilliantly and eloquently crafted article for The New York Times about the changing timetable for adulthood. Her piece titled What Is It About 20-Somethings? morphed scientific research, sociological discovery, and cultural hypotheses into a call to action for twenty-somethings.

Henig’s main thesis works to uncover why young people are taking longer to reach adulthood compared to generations before. Henig not only wants the general public to understand why young people are reaching adulthood later in life, but additionally what efforts we can make through public service and policies to aid young people during what has become the most defining decade of all.

Sociologists have earmarked the twenty-something years as a transition to adulthood that is defined by five critical milestones: earning an education, leaving home, becoming financially independent, getting married, and having children. While these milestones are essential accomplishments for people with traditional values, “the whole idea of milestones…is something of an anachronism; it implies a lockstep march toward adulthood that is rare these days” (Henig, p. 2).

Those of our generation are reaching these milestones completely out of “traditional” order. Some twenty-somethings are focusing on advancing professionally before settling down while others are married with children before having launched a stable, lifelong career.

So… why the change in cultural trends?

Sociologists and psychologists share a similar belief that during the period of emerging adulthood twenty-somethings are more self-focused than at any other point in their lives. This self-focus has contributed to the delay twenty-somethings are facing in becoming full-fledged adults. Twenty-somethings have a sense of possibilities that feeds into their psychological profile of “…identity exploration, instability, self-focus, [and] feeling in-between…” (Henig, p. 3). During the stretch of our twenties most people begin to feel a sense of urgency to discover who they are, what they want, and how to truly achieve happiness.

This desire for self-focus and happiness feeds into the notion that the emerging adulthood is a rich, varied period for self-discovery. As Henig mentions, life spans now stretch into the ninth decade. With people living longer lives than previous generations, is it better for twenty-somethings to experiment and take their time making choices that they will have to live with for the rest of their lives? Or, as Henig begs the question, should twenty-somethings pick up the pace to achieve adulthood as early as possible because adulthood is a malleable stretch of time with marriage and career options being reassessed often?

Ambivalence clouds the best route that twenty-somethings are advised to take during the transition between adolescence and adulthood. While college seems to be a clear-cut path for young people to take coming out of high school, the truth of the matter is Bachelor’s degrees are not as rare to come by as they once were and no longer make as strong of an impact on resumes.

Additionally, too many college grads earn their diploma paired with a mountain of student debt. These same grads then compete for careers in an economy that limits far too many educated people to entry level jobs with paychecks slightly higher than minimum wages. College and career come to a head as twenty-somethings attempt to establish themselves in the economy. With circumstances like these, it’s hardly difficult to sympathize with twenty-somethings who delay adulthood for themselves.

This dilemma and the ambivalence so many twenty-somethings feel is best captured by one of Henig’s references, Jennifer (age 25):

“‘It’s somewhat terrifying… to think about all the things I’m supposed to be doing in order to get somewhere successful… follow your passions, live your dreams, take risks, network with the right people, find mentors, be financially responsible, volunteer, work, think about or go to grad school, fall in love and maintain personal well-being, mental health and nutrition. When is there time to just be and enjoy?'” (Henig, p. 8).

Twenty-somethings are very clearly feeling the pressure to map out their entire lives in the span of 10 years as the age 30 deadline approaches. With these social pressures and expectations, how can anyone enjoy just living? Moreover, isn’t it easy to see why some twenty-somethings find themselves delaying these obstacles and emotions?

The twenty-something years are critical and essential.

There’s no real question regarding the importance of this chapter of our lives, but more so on how much pressure we can allow ourselves to bare and how deeply we allow these years to affect us. As Henig explains, the twenties are a time when people earn their formal education, meet their future spouses and lifelong friends, and start on a career they will likely stay committed to for many years. Yet, the twenties are also a time of experimentation and adventure. The twenties should be about embarking on opportunities with abandon, as these years of freedom are unlikely to occur again.

So what do we do, fellow twenty-somethings? Do we force ourselves into jobs we might not enjoy or commit to longterm just for the sake of working? Do we jump into relationships so we can keep marriage and the plan for children on the near horizon? Do we setup our 401K accounts, budget, and work overtime to assure we are financially responsible and sound? Do we do everything society expects us to because that’s the responsible, traditional way of life?

Or, do we break the natural trends? Should we see where this period of self-discovery takes us? Perhaps we allow ourselves to be dreamers, travelers, bloggers, freelance writers, self-published authors, YouTube sensations, athletes, and local artists because those are the creative outlets that make us happiest. Should we allow the timetable for adulthood to continue changing so we can indulge in this time of deeper insight, more thoughtful choices, and self-actualization? Will this period of self-indulgence shape us into happier, better prepared people for adulthood than the generations before us?

Twenty-somethings: you make the choice.

What Matters More: The Moment or The Selfie?

Take a second, take a selfie, and don't forget to enjoy all the little moments along the way.