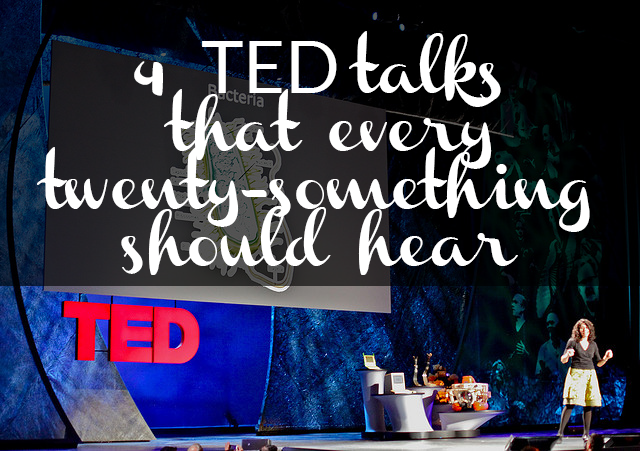 TED talks have been around for several years, but the conferences have only become a household name in the past decade. If you are unfamiliar, TED talks are speeches given by some of the world’s brightest minds. Computer scientists, engineers, psychologists, teachers, and many other experts take the stage to share what they know.

Tickets to attend the actual talks are prohibitively expensive to the point where it has become a source of criticism. Fortunately for those of us without big bank accounts or famous names, most of the talks can be accessed for free online.

I have watched so many TED lectures I can’t even remember them all, but there are some that crop up in conversation even several years later because they have completely changed my perspective on a certain subject.

It can be daunting to sift through the entire library of videos, so I’ll narrow down the best ones for you.

Anyone remotely familiar with TED talks knows that Hans Rosling is the unofficial poster boy for the TED conferences. Not only is he a “data visionary” and Global health expert, he is one of my the most compelling speakers to have ever graced the TED stage.

Dr. Rosling has several popular TED talks, but my favorite is his speech about population growth titled “Global population growth, box by box”. His first order of business is to destroy our binary view of the “global South” and the “global North.” In the mid-twentieth century there was certainly a large gap between the poorest and wealthiest of the world, but today it is more of a continuum. He uses physical boxes on a table to show this shift in global taxonomy.

His conclusion that better child survival will slow population growth and result in a more equitable world is compelling. His point of view continues to guide my view of the so-called “third world” and what we can really do to improve quality of life everywhere. Not only that, Dr. Rosling is a master communicator and educator. He inspires me to someday create my own creative ways to break down complex ideas into simple but interesting displays.

Taking a turn from hard data to soft words, another video I frequently think back to is that of Clint Smith, the creative writing teacher we all needed in high school. This TED talk titled “The Danger of Silence” could easily be mistaken for a performance on Def Poetry Jam. Though his words wax and wane around the main point, the take-home message is simple: when we are silent in the face of adversity, we are condoning it.

There are injustices happening all around us, whether it be an undeserved death sentence for a black teenager or a seemingly insignificant microaggression. These are our chances to “speak our truths,” as Mr. Smith says. This is when we really need to let our voice be heard. Mr. Smith’s talk reminds me of the popular

Desmond Tutu quote, “If you are neutral in situations of injustice, you have chosen the side of the oppressor.” This comes to mind in those crucial moments when I am choosing between a comfortable silence and speaking my truth.

I’m practically addicted to setting goals. I only wish I were as addicted to achieving them. Inspired by Morgan Spurlock, Matt Cutts shows us what happened when he set a goal and challenged himself to maintain it for 30 days in a talk aptly titled “Try something new for 30 days.” He says 30 days is the right amount of time to create a new habit or chuck an old one out the window. Small changes are key, he says, don’t try to completely overhaul your life if you want them to stick.

I took his advice on several occasions and it worked out great. I picked up the habit of going to the gym daily, eating greens at least once per day, and not taking any sugar in my coffee. I suggest the 30-day “plan” to anyone who is struggling with something they want to change about themselves. Those 30 days are going to pass no matter what, right?

Saving the best for last, Meg Jay’s “Why 30 is not the new 20” is my all-time favorite talk, possibly because it scares me a little bit. Meg Jay encourages us to use our twenties wisely and not squander it on things that are not worthwhile, like dead-end jobs or unfulfilling relationships.

As much as I want to believe that 30 is the new 20 (because that means we have plenty of time until real adulthood happens), I know that what she says is true. Many of the most important decisions of our lives happen in our twenties — what our future family will look like, what our career will be, where we’ll live.

Our twenties are not a developmental downtime or “kidulthood.” She encourages us to claim our twenties, and at GenTwenty, that’s exactly what we’re working on every day.

4 Life-changing TED talks that every twenty-something should hear:

10 Things That Make You Think About Life

Life is a complex and interesting thing we all get to experience together. Don’t forget to step back and remember...