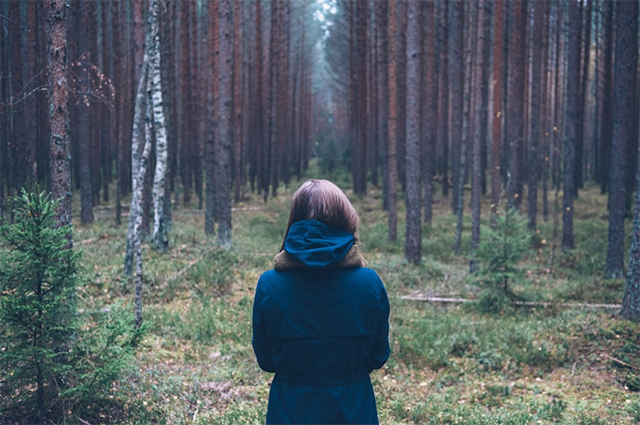 I was the girl everyone hated as college winded down fourteen months ago.

I was excited to graduate and was not shy about it. I was told, countless times, that I was heartless and unappreciative of my time in college if I was so eager to leave. These comments were hurtful, and inaccurate. I was looking forward to my future as I found out in March of senior year that I would be following my dream post-college by participating in a service year program. Everyone around me was acting as though we would drop dead after they handed us our diplomas and we walked across the stage. I thought they were ridiculous for dreading the inevitable, and wasn’t afraid to let them know.

Life has a funny way of testing us, though, and my enthusiasm ended up backfiring on me. The tables turned. I woke up the day after graduation horribly upset, and my peers seemed to have moved along just fine. It hit me that the best four years of my life were finished, and there was nothing I could do. Even though the calendar said college was done, my heart didn’t.

I let myself dwell in an unhealthy place for the last fourteen months.

I became obsessed with what I was missing out on. Numerous hours were spent on social media browsing old pictures. I couldn’t download Timehop because I knew it would send me spiraling into a sadness I did not want to deal with. I lived vicariously through my friends who were still in college – liking every picture and commenting on every post, as if I were there. I would text my former roommates asking if they saw so-and-so’s latest status. I would email professors I admired just to check in and see how things were going. I was so sad, so lonely, and did not feel like I could go on without college. I figured something was wrong with me because everyone else seemed to be doing just fine without college.

Why was it hitting me so hard?

I have a hard time staying in the present moment. My anxiety causes me to fear the future, and my depression causes me to constantly re-evaluate my past. I can never just be, and I believe that played a strong role into me having such a difficult transition out of the college bubble.

I had a fresh start right in front of me, but I wasted it. A new city, a new community, a new job – endless opportunities, and yet I was stuck in the past and not sure how to pursue my future.

Just a day away from the end of my service year, and my first year out of college, I have finally embraced the fact that life is not over just because college is. I had some moments of clarity throughout the year, but I realize now just how flawed my thinking was.

Nothing in life can last forever, especially college.

I’m still not entirely convinced how anything could ever compare to the four years I was honored to spend at that tiny college in Central Massachusetts, but I’m hopeful – for the fulfilling life those four years taught me to strive for.

College was just the beginning.

Mae L’Heureux is a mental health advocate with a degree in psychology and human services from Assumption College. She is passionate about decreasing the stigma surrounding mental illness and looks forward to a career in non-profit work. She is obsessed with kittens, old people, and enjoys a great cup of coffee. Connect with her on Twitter @mae_lhe.
Click here to cancel reply.

#G20Chat is happening tonight, August 19th at 8pm ET on Twitter. Follow us @gen_twenty to stay connected and join the...