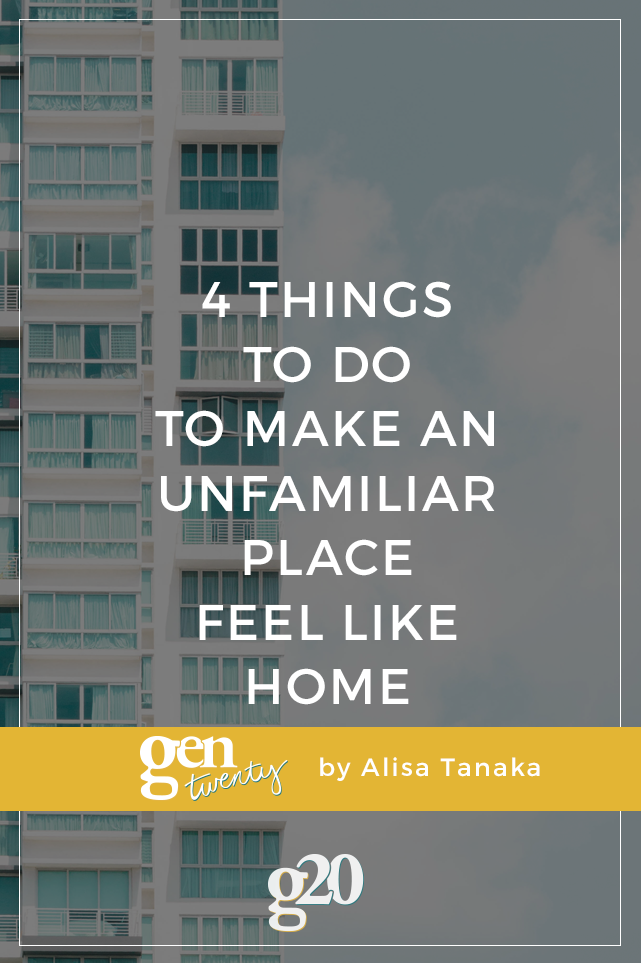 Moving to a new place, be it a new country or city, is a jarring thing, even if you make that decision on your own. In moving to Taiwan to teach English, I found myself in an unfamiliar city where I did not speak the language. I knew absolutely no one. Yes, I wanted to challenge myself by moving to an unfamiliar place, but that doesn’t mean that it didn’t shock me.

Here’s what has helped me thus far in the transition.

1. Ask Someone Who Is Already Established There To Show You Around.

When I moved to Taiwan, I asked one of the foreign teachers to show me around the area. She showed me where the grocery stores were and where her favorite restaurants were (which was crucial for me because I am trying to stick to a mostly plant-based diet out here).

Walking around with her allowed me to familiarize myself with the area. I wouldn’t say that I know where everything is, but it helps that I know where to get certain things. Groceries are one such example; without her help, I would have been wandering around for hours in search of the basic necessities like cutlery and food, especially initially.

In addition to showing me where things were, she would throw in recommendations for little things like brands of soy milk that she was partial to. Having someone show you around your new home is helpful, especially if the area is completely new to you.

Having someone who is already established show you around gives you the added benefit of being able to ask them questions about the area. I was lucky that the person who showed me around was more than willing to answer my questions and impart advice.

Exposing yourself to this individual’s existing network of contacts won’t hurt either, especially in a completely new environment.

2. Reach Out To Family Back Home.

When I first moved to Taiwan, I called home a few times. My family would also send me text messages to check on me and occasionally send me photos of my dog. During those first few weeks it was very comforting to see familiar places and people, even if it was only in photos.

I am lucky that I have a largely supportive group of people behind me. I also reach out and communicate with friends back home through email or Skype. Family doesn’t have to mean the people who are biologically related to you, either. There is nothing wrong with reaching out to family and friends for support, especially if you are in a new place.

As you establish a routine in a new place, you will discover what works best for you in terms of maintaining your existing relationships and establishing a new life. In my case, the calls to my family became less frequent the more established I became. I now communicate with my family primarily through email, which allows us to communicate without worrying about time differences.

It’s important to lean on your support network when you need it. Moving to a new place is a huge change, and there is nothing wrong with reaching out to family and friends back home.

3. Do Things You Like To Burn Off Excess Energy.

When you move to a new place, self-care becomes even more important. My previous work experiences have taught me the importance of balancing self-care with your work responsibilities, and that is something that I take very seriously.

The things people do to practice self-care differ for everyone; for me, self-care means spending my days off alone to recharge, watching films and shows on Netflix. This doesn’t mean that I spend all my off days by myself; I take advantage of the fact that I’m abroad and explore other parts of the country as well. However, I know my boundaries as an introvert, and I respect them.

In addition to giving myself adequate time to recharge, I regularly meditate, write in a journal, and work out. All of these things help me maintain my physical and mental health abroad. Moreover, I genuinely enjoy doing these things, which helps my space feel more like home.

4. Connect With People In The Same Profession.

I am lucky in that all of my co-workers live in the same apartment complex. This helped me establish relationships with my fellow foreign teachers quickly. They were especially kind and helpful to me when I initially moved in, which helped me settle in much faster.

Moreover, living in such close proximity to my co-workers gives us opportunities to hang out with each other. Working in the same place has given us all a common ground; living in Taiwan as foreigners is another shared experience that we can all relate to, which is a great thing to have when you are living in a new place.

Moving to a new place is certainly an adventure, but that doesn’t mean that it doesn’t come with culture shock, especially when you move or travel abroad. Having said that, there are things that you can do to alleviate culture shock and adjust to your new surroundings quickly.

What I Learned By Seeing a Therapist in My 20s

Your life matters. Your feelings matter. No matter your circumstance, reach out to get the help you need.