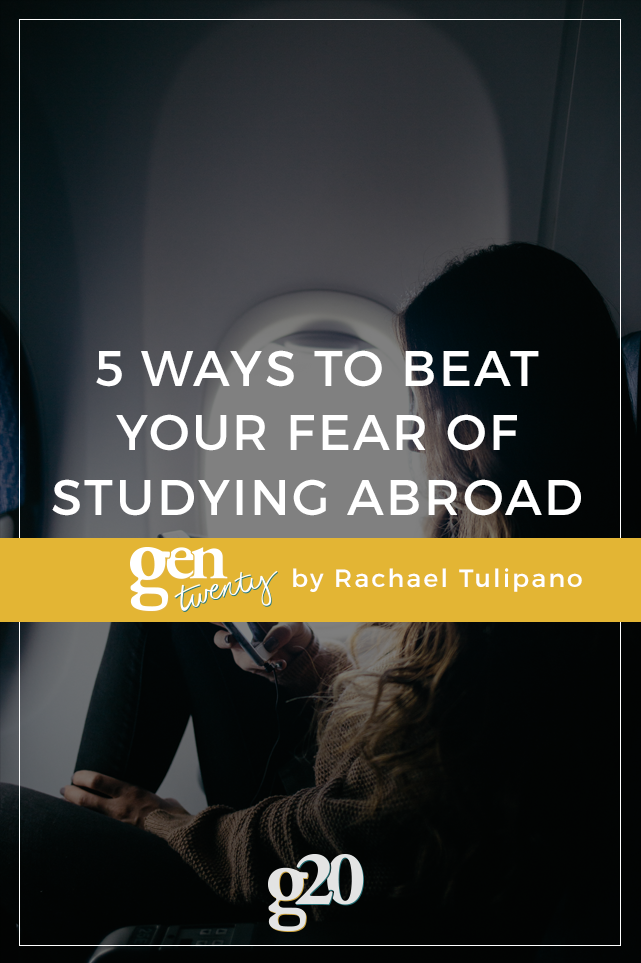 When I applied for colleges during my senior year of high school, I remember telling my parents I wanted to stay local. I wasn’t quite ready to move out by the time my 18th birthday came around, and I didn’t feel it was absolutely necessary for me to sign off on $80,000+ on student loans to study at a private university far, far away.

Rather, I felt confident in my decision to stay close by. Instead of living on campus and getting that “adult” experience, I decided to commute to school each day, applying to and getting accepted at my public university only an hour away from home.

This is a decision I still believe, to this day, that was right for me. For four years I saved myself tens of thousands of dollars on the cost of living on campus and far from home. Similarly, my low tuition costs allowed me to put money toward a completely unique experience: studying abroad.

By the end of Sophomore year in college, I was convinced I wanted to study abroad. The idea of traveling to a different country alone for an extended amount of time was frightening, while also exciting! I recall sitting down with my parents to review the programs my college offered, noting the various countries I could fly to if money, forms, and timing permitted.

After careful review, my parents agreed to send me on a summer rotation in Greece (Athens and the island of Lesvos). This particular program was only three and a half weeks, but it would give me a taste of studying abroad and living in a completely different timezone.

A year later, my parents agreed to send me on a semester-long program based in Rome, Italy for nearly four months! These study abroad experiences brought me across Europe, with expeditions to Turkey, Germany, Czech Republic, Croatia, England, France, Italy, Greece, and Switzerland.

All of my European travels—although fun and exciting—were at times lonely and daring. What I forced myself to do, however, was overcome my fear of studying abroad. Here’s how I did it:

I adopted a “you only live once” attitude.

In theory, traveling to a new country (or even city) sounds heavenly, but putting it into practice is terrifying! Completing visa applications, housing forms, health insurance records, and emergency contact notes is consuming.

Plus, anything could happen abroad, especially considering most students travel alone. I was the only person from the state of Maine traveling to Rome, Italy in the particular program I chose.

That being said, I literally traveled to a new country

When I reminded myself, though, that these opportunities were likely never going to come around again, it relaxed me. It was the right time for me to travel; no work demands, no children, no pets, no looming apartment rent or house mortgage.

In short, studying abroad in college was the absolutely best time for me to leave the country for months and embrace a new culture!

I encouraged myself to make friends.

Traveling alone is intimidating, simply because there’s so much to remember. Did I pack everything? Which gate am I boarding at? Who will I sit next to on the plane? What if my arrival flight is late and there’s no one waiting for  me in baggage claim? So many things to consider!

Luckily, I departed from Boston’s Logan airport and met up with a group of girls traveling in my program from various states in New England. We quickly exchanged information and got to know each other.

This is typical if students study abroad through popular programs. It’s likely that even if fellow students from school aren’t going abroad, others from nearby schools are. These are the people study abroad students should connect with right away. I’m so glad I did, because two of them ended up becoming my best friends abroad and we still keep in touch back home on American soil!

I stopped being afraid of change.

Living in a new country and being immersed in a completely foreign culture really change a person. I went to Greece and in only three and a half weeks I learned so many things about cuisine, language, and manners.

By the time I moved to Rome, Italy for over three months, I was slightly accustomed to change, but my appreciation for a new culture became even bigger. I embraced the Italian language and used conversational lines in my daily routine. I had to walk a mile to the grocery store with my backpack to stock up on food, which was completely different than my experiences in Maine where I simply drive and load up my car.

In Italy I learned to walk to school everyday, rather than use public transportation. I also discovered my hunger for exploration, and often found myself spending my free time exploring Rome with my friends.

Being open to change and a new way of living really influenced me as a person, even back home here in the United States. Once I stopped being afraid, I learned more about myself.

I stopped learning history through textbooks by looking at the world around me.

One of my biggest fears about studying abroad was my class load. I wasn’t quite convinced that I could successfully complete my classes with high honors if I became distracted by my new surroundings. After all, how can anyone focus on PowerPoint slides when the Trevi Fountain and Coliseum are only a few steps away?

Luckily, I learned to use my new environment to better understand my courses. Classes about globalization in Europe, art history, and photography allowed me to put the rich history of Rome into perspective. I didn’t have to look at Michaelangelo’s David through a history book; I went to Florence to see it!

Getting high scores on my art and history credits affected my G.P.A. in a positive way, especially because I could learn about history and art through Italy’s historical landmarks.

I let myself be homesick.

Greater than any other fear I had about studying abroad, was my concern about being homesick. It’s easy to get lost in the fantasies of living in a new country, making new friends, and traveling every weekend to a new European destination on the cheap (truly, a roundtrip flight to Paris was less than 100 Euro. Amazing!).

Aside from all the perks exists the fear of missing home. I was afraid of missing my parents, siblings, and our furry, loving dogs. I was nervous about longing for my bed and own room. I was tentative to leave because I would be absent from my college for a whole semester! Mostly, I was worried that my life back home would move on without me.

Luckily, I brushed the fear of being homesick aside. I used Skype to video chat with my family each week, and downloaded Vibr onto my smartphone to send texts over WiFi to avoid racking up money on my data plan. When I missed my family and friends, I told them. I sent postcards, pictures, emails, and the like. I didn’t, however, let me being homesick affect my time abroad.

I learned to live on my own, take care of myself, and embrace my life abroad. I knew it was short, and the four months flew right by!

I learned a plethora of lessons during my study abroad experiences.

In Greece, understanding geological formations, language, literature, and the origins of psychology were of utmost importance. In Italy, I studied globalization, the Sociology of women, conversational Italian, Roman art history, and architecture. My classes, the friends I made, the places I visited, and the experiences I had were all priceless moments I will forever remember. Memories, both in mind and those captured in photos, will always be commemorated.

I was afraid to study abroad for many reasons, but I’m thankful I overcame my fears and pushed myself.

My time in Greece and Italy were unlike anything I experienced in college back home. I learned a lot about myself, as well as what I can handle in life. Living alone, surviving in a new culture, and embracing change are lessons I never thought I would learn.

Being abroad, however, challenged my comfort zone and pushed me to become a better version of myself.

Studying abroad is easily one of the best things I’ve done in my life! I hope you can do the same someday.

If you have studied abroad, what lessons did you learn by living in another country? What were some of the most surprising discoveries?

Overcoming Mental Illness: What Worked and What Didn’t (Part 1)

Mental illness is not a choice. We cannot choose what it does to us, but we do have choices in...