I’ve been a New England resident my entire life. Born and raised in Massachusetts, I lived in central Mass and on Cape Cod for the first decade of my life. After my tenth birthday, my parents moved my siblings and me to Maine, where I’ve lived ever since.

New Englanders get to experience a little bit of everything: small towns, historic architecture, one of the largest cities in the world, amazing outdoor activities, distinct seasons, bustling metropolitan area, lobster rolls, maple syrup… I could go on and on. It’s one of the best places to live in the United States, in my opinion! 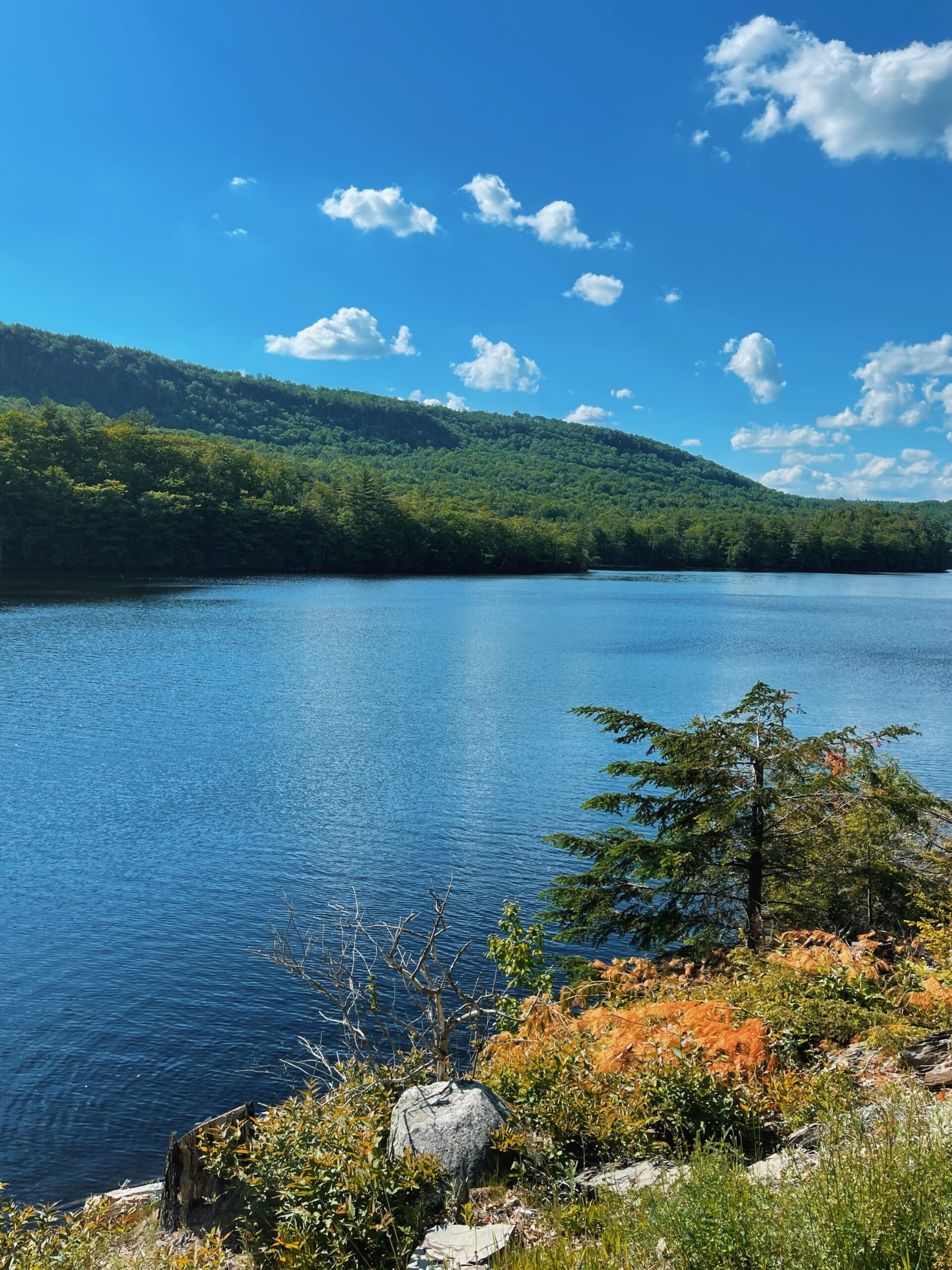 The Pros and Cons of Living in New England

Being a New Englander is, on most days, something I practically define myself by. I have so much love for the Atlantic Ocean, New England’s peak foliage season every fall, and this northeast region’s rich history. 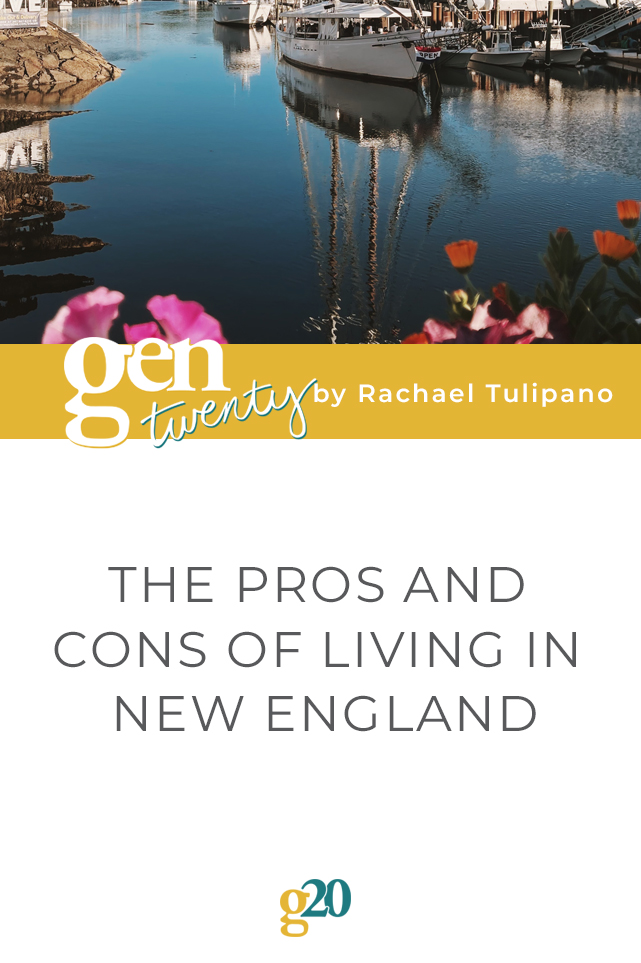 Here are a few of the biggest pros of living in New England:

Some days, mainly on those blistering winter days, I long for warmer U.S. territories. But more often than not, I can’t imagine living anywhere other than in America’s northeast.

I fully believe there are perks to all four seasons and as a New Englander, I get to experience all of them!

Spring is a period of rebirth and renewal, bringing cherry blossoms, chirping birds, and buds on all the plants and trees.

Summer is a season of hot and long days, blooming flowers, fresh grass, and plenty of water-related activities.

Fall, my favorite time of year, has a chill in the air and brings with it crispy apples, stunning colorful fall foliage, fun and sweet holidays, and so much more.

Finally, winter is good for its calm and gorgeous fresh snowfalls, holiday gatherings, ice skating, and an abundance of hot cocoa.

Having a variety of seasons gives me something to look forward to every few months. For example, I enjoy taking time off during the summer months to get outside and relax, whereas I enjoy bundling up at home and spending time with family in winter. In autumn, I’m always eager to pick fresh apples and dress up for Halloween and by spring I take the time to enjoy fresh flowers and bright blue skies.

The changing seasons are a staple in New England and definitely my favorite aspect of this region I call home. 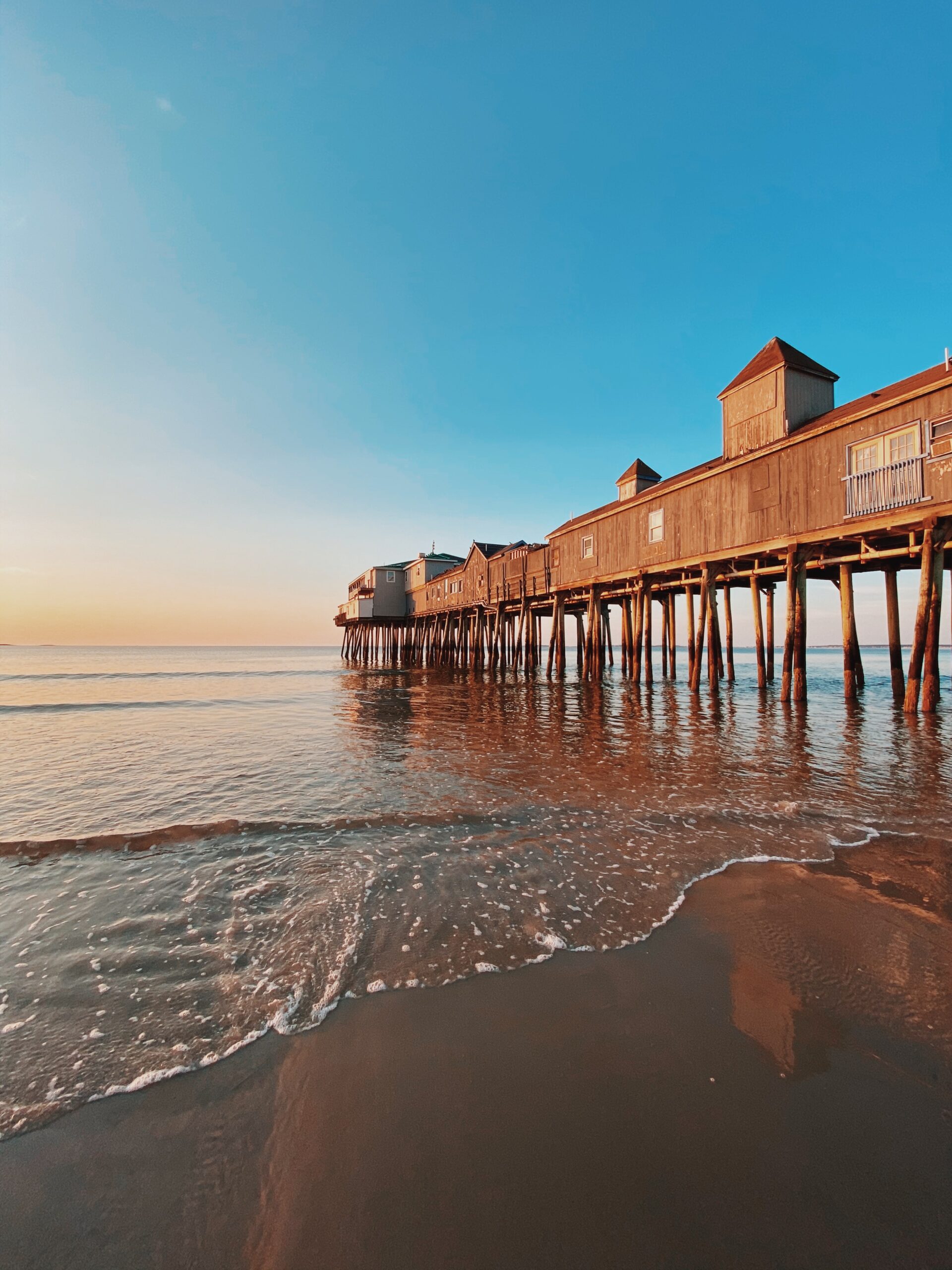 The Atlantic Ocean is the world’s second-largest ocean, covering about 20% of Earth’s surface. New England is littered with coastal cities that make it incredibly enjoyable to take in the Atlantic Ocean.

From Maine’s landmarks like Camden, Portland, Boothbay Harbor, Ogunquit, and Kennebunkport to Massachusetts’ cities like Yarmouth, Provincetown, this historic town of Nantucket, Chatham, and Newburyport, New England is loaded with coastal gems.

More often than not, these coastal cities offer tourists and residents alike a plethora of features including stunning beaches, unique boutiques, great restaurants, and inviting activities like whale watching, lighthouse sightings, sunset tours, and so on.

Even as a Maine resident, I enjoy being a tourist in my own state by exploring Maine’s many coastal cities and little towns. Whether I get drinks and enjoy a meal with an ocean view in Rockland or do some shopping in York, there are so many perks about coastal cities. I can’t imagine living anywhere but near the coast! 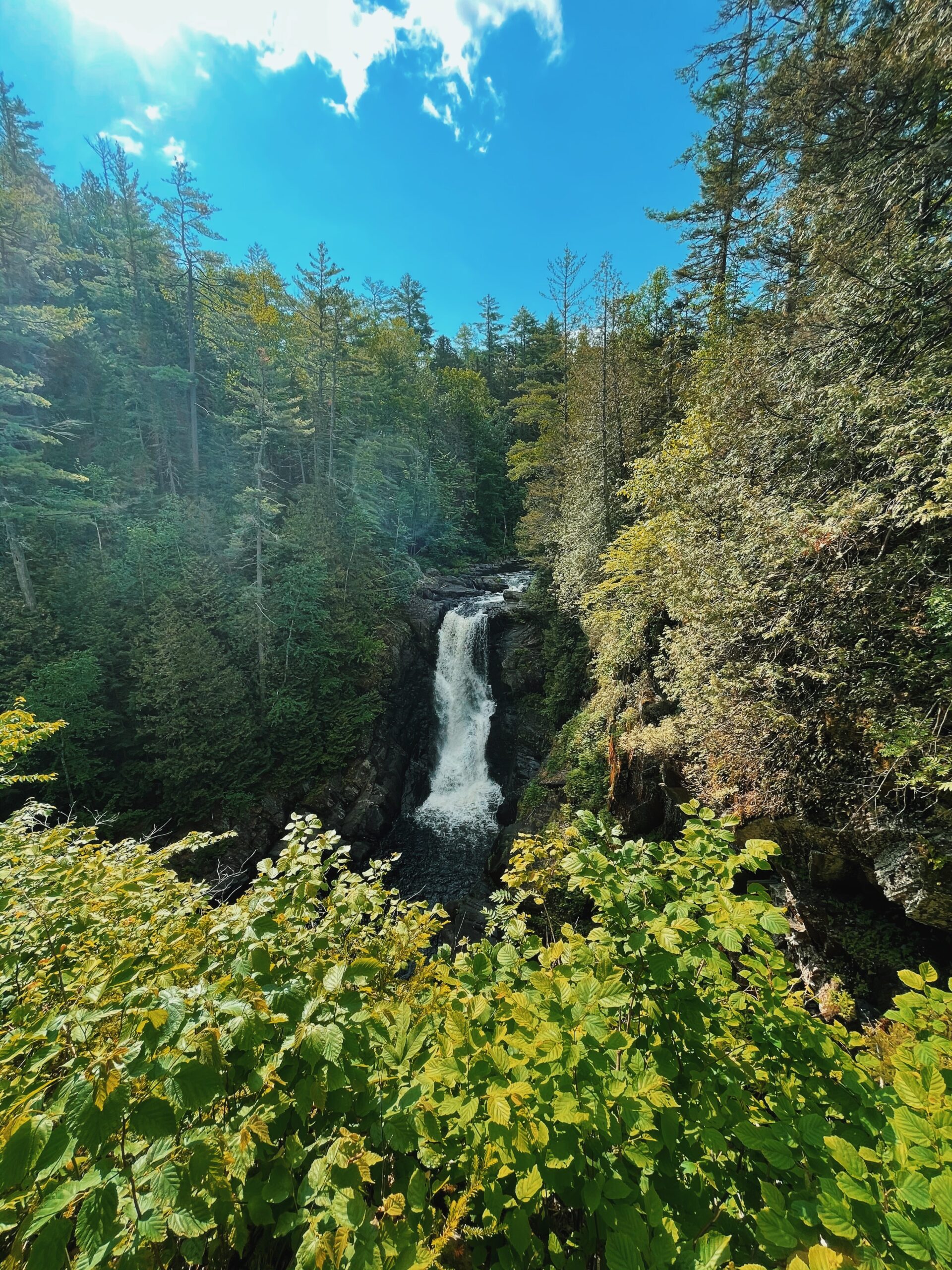 New England is rooted in its history, even today. You are in close proximity to so many interesting places to visit and landmarks to see that remind us how it all started.

There are also many fun places to visit nearby like the Connecticut River, Rhode Island, New York City, Boston College, the Appalachian Trail, and more. New England is full of historic fun facts that make any New Englander proud to call this region home! It’s a great place to land on the east coast.

Pro #4: If you live in New Hampshire, you don’t have to pay income tax.

While I’ve never lived here myself, New Hampshire does not tax personal income which is a nice benefit. They also do not have sales tax and have low business taxes. Do note, though, that property taxes are relatively high here. 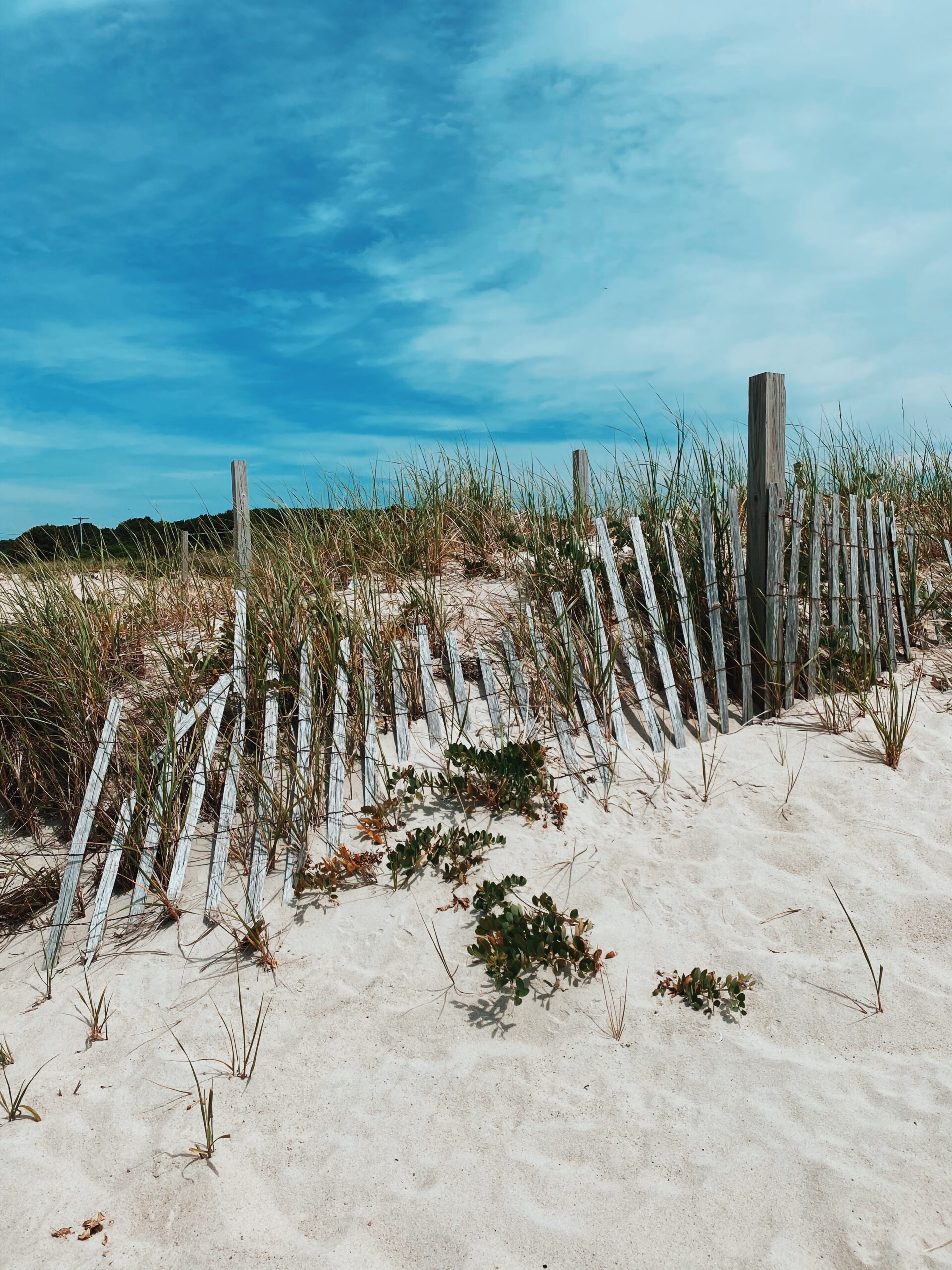 Pro #5: Top-rated universities and public schools are nearby.

The most well-known and prestigious institutions in New England might be Harvard University in Cambridge, Massachusetts for business or Yale University in New Haven, Connecticut for liberal arts. The Ivy league schools usually always rank as some of the best nationwide. And then there’s Boston College which has both a medical school and an undergraduate program popular with international students that ranks among national elites. Smith College in Northampton, Massachusetts is another prestigious private institution known for specializing in liberal arts for women.

Here are a few of the biggest cons of living in New England:

Because every rose has its thorn. Even the most beautiful places on earth have a little toughness to them.

Of course, an obvious con to living in New England is surviving its crippling winters.

Not every winter season is the same, but New England winters may feature subzero temperatures, nor’easters, dangerously icy roads, and can potentially cause residents frozen pipes.

Driving in said treacherous weather can be incredibly scary and is definitely one of the things I least enjoy about living in Maine. 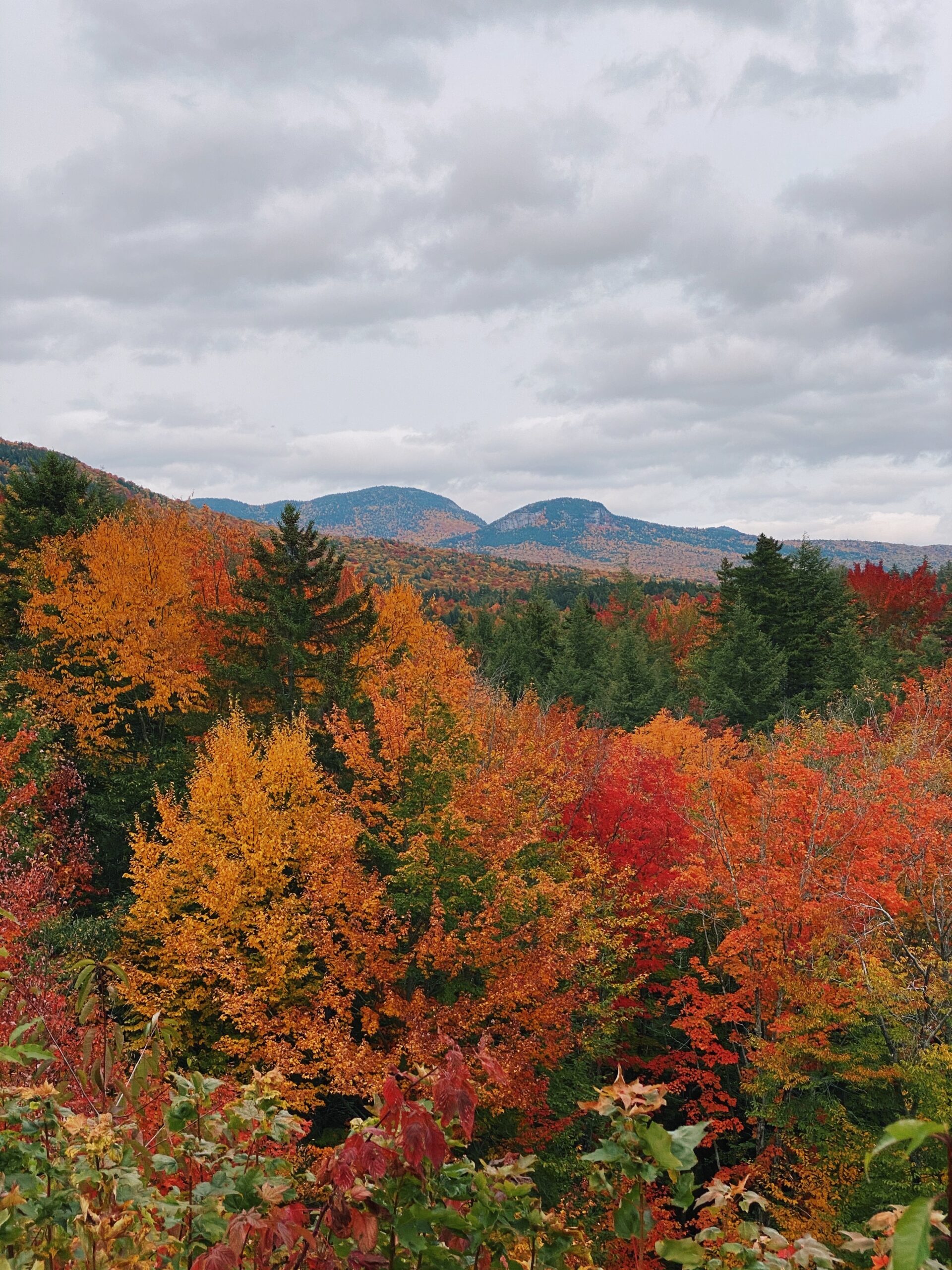 New England has a reputation of being an expensive location to live, and the rumors are certainly true. The median home value in New England is $281,244. And the high costs of living only add to those expenses.

From soaring rental prices (with and without plenty of amenities) to high mortgage rates for modest houses, renting and buying can be challenging throughout much of New England. Moreover, taxes in this region are pretty high, making New England one of the most expensive areas to live in in the United States. We definitely land above the national average in terms of cost of living.

However, there are low crime rates and good public schools which is something to heavily consider! 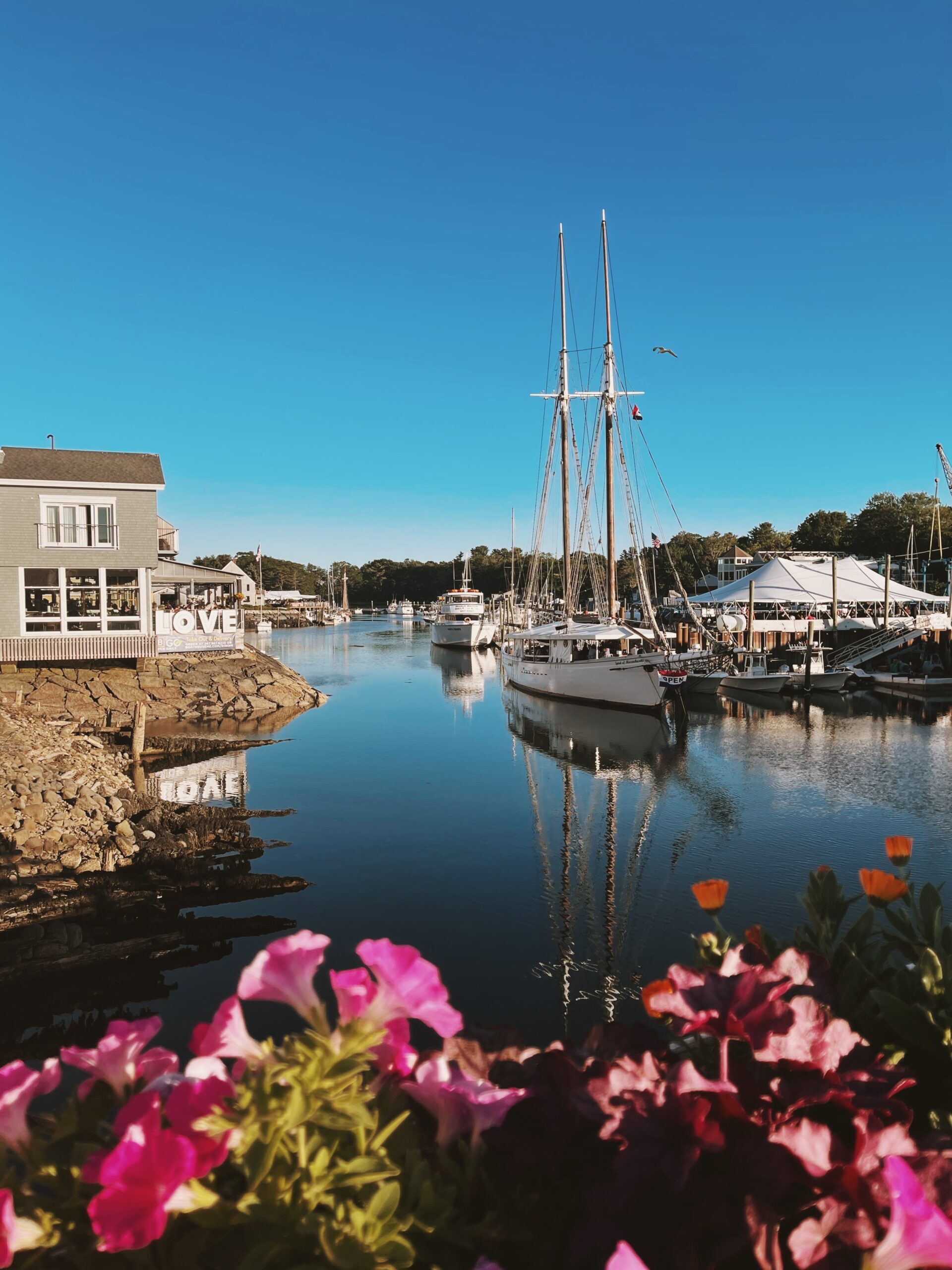 Con #3: Job opportunities can be scarce in rural communities.

There are many rural towns in New England’s various states that have limited job opportunities for career-minded residents and young professionals.

Speaking from personal experience, I found it very challenging to find work in marketing and copywriting in much of Maine – even in the greater Portland area.

The few opportunities I did find were either entry-level or had little growth opportunities for my long-term career plans. Sometimes I considered how different my career would be if I moved to the greater Boston area in MA, but I’ve discovered that remote work is actually a great fit for me and so I am now a Senior Content Marketing Specialist working for a Vermont college while residing in Maine.

The point here, of course, is that certain careers can be difficult to rise in if residents do not live in or near larger cities. Thankfully remote work is only becoming more and more commonplace! 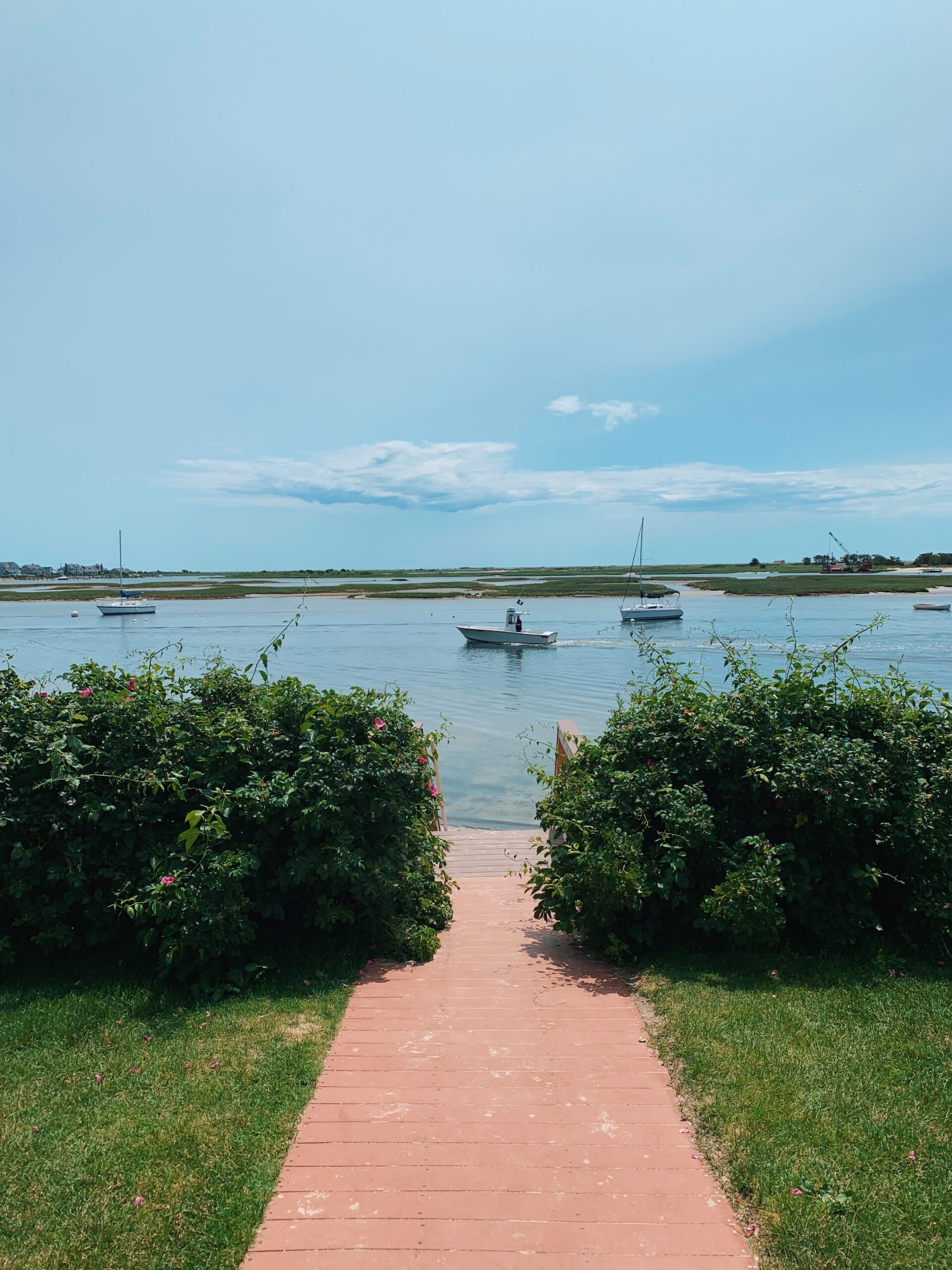 With Love From New England

My love for the Atlantic Ocean, coastal communities, Maine woods, and New England’s rich history all keep me staying in America’s amazing northeast region. It’s truly one of the best places to live.

All photos have been provided by the author, Rachael Warren, and have been used with permission.

15 Movies and Shows to Get You Into a Fall Mood

Ahh, fall. Fall is such a special time because it allows us to step into a season of change both...