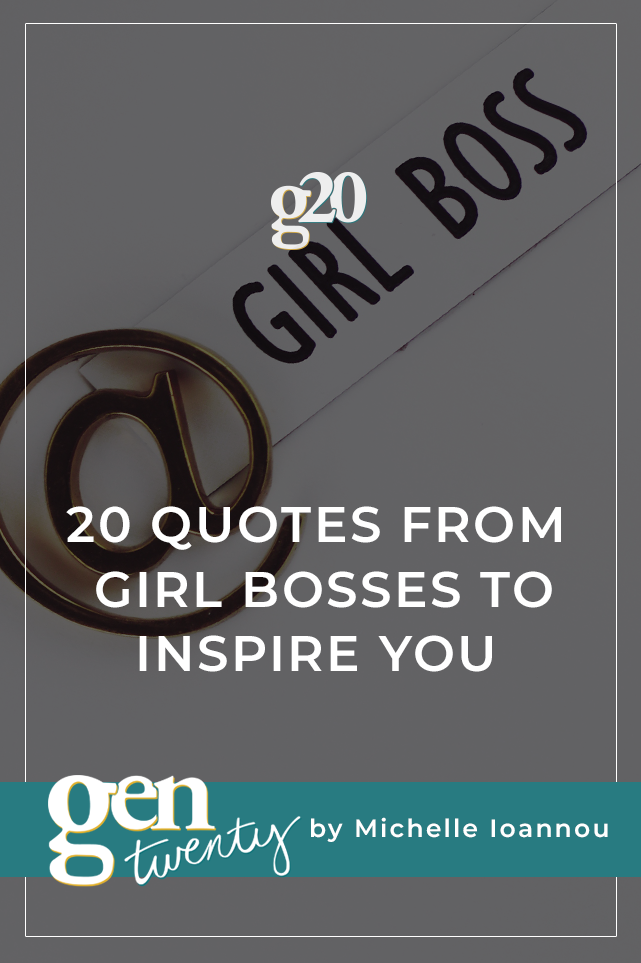 Who run the world? Girls.

There are so many strong, powerful women out there running shit. And whether you are female or male, we can all learn from them, from their drive, from their experiences, and from their advice.

Now I’m not just talking about celebrities — even though there are plenty of female celebrities out there inspiring us all. I want to look at the entrepreneurs, those who broke glass ceilings, and those who continued to persist, even when they were told no.

Next time you are looking for that #MondayMotivation, #WednesdayWisdom, or #ThursdayThoughts to post, consider one of these quotes from a badass female who made her name known and has left her mark on the word.

20 Quotes From Girl Bosses To Inspire You

We know that there are so many great girl bosses out there giving us all that motivation we need. What’s your favorite quote? Share it in the comments below or tweet it at us! We’re always looking for new great quotes to share.

Sleep Training For Adults: How To Build a Routine For Better Sleep

Can't sleep through the night? Try this routine for sleep training for adults.