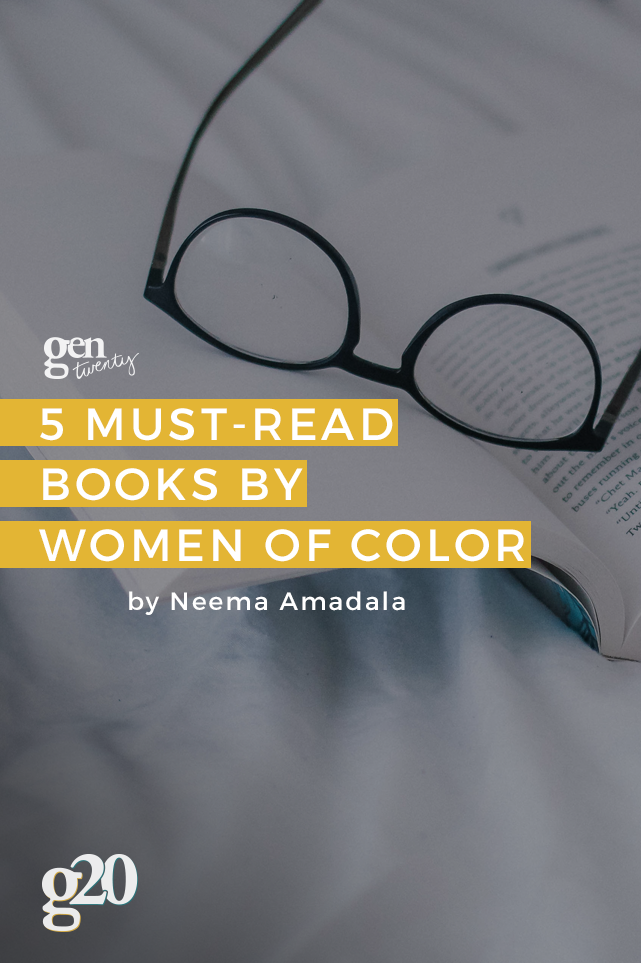 As a woman of color, it is a privilege to write about other women of color and their fantastic successes. The stories below include a shared experience of oppression and triumph. While others are joyous and a beautiful celebration of the women in the communities we are all a part of.

The five books below are just some of my favorites that I recommend as a starting place if you’d like to add something new to your bookshelf. Everyone likes different stories and this is list is far from exhaustive.

5 Must-Read Books by Women of Color

If you’re just starting to dip your toes into the large (and growing) pool that are books authored by women of color, Chimananda Ngozi Adichie’s Americanah is a great place to start.

Americanah tells the story of Ifemelu, a young Nigerian woman who immigrates to the USA. You will follow Ifemelu through all of the culture shock, heartache, love and learning that she faces as she integrates in American society.

For anyone who has ever had to start over, in ways large and small, you will certainly relate to the story. If you are an immigrant woman of color, Adichie captures nuances about the experience of integration that are at once all too real, hilarious, and heart wrenchingly difficult.

2. The Leavers by Lisa Ko

Lisa Ko’s The Leavers is a book that is very topical to the current political climate in the USA.

Denming is an 11 year old American born Chinese boy whose mother, an undocumented Chinese immigrant, one day vanishes without trace from his life. When two professors adopt Denming and move him from the Bronx to upstate New York, he takes on a new name Daniel Wilkinson. Denming believes his mother is dead and leads his new life, always haunted by the spectre of his mother.

A wrenching coming-of-age novel, The Leavers offers a look into the lives of those the immigration system takes away and what is left behind.

3. The House of Spirits by Isabelle Allende

Isabelle Allende’s The House of Spirits is a classic. You may have read this book at some point during school.

Allende tells the tale of an affluent family whose world is thrown into chaos by a dictatorship and completely changed by war and poverty. The House of Spirits is a multi-generational tale that many critics and readers believe is loosely based on Allende’s own life and experiences growing up as the goddaughter of the first socialist president of Chile, Salvador Allende.

The House of Spirits is also considered to be one of the most significant books in the genre of magical realism. According to Vox, for a story to be part of the genre it  “[…] must be set in a realistic environment with magical elements. Part of the draw of magical realism is that it blurs the line between realistic fiction and fantasy by adding in elements like the presence of dead characters […], fluidity of time […], and telepathy […]. 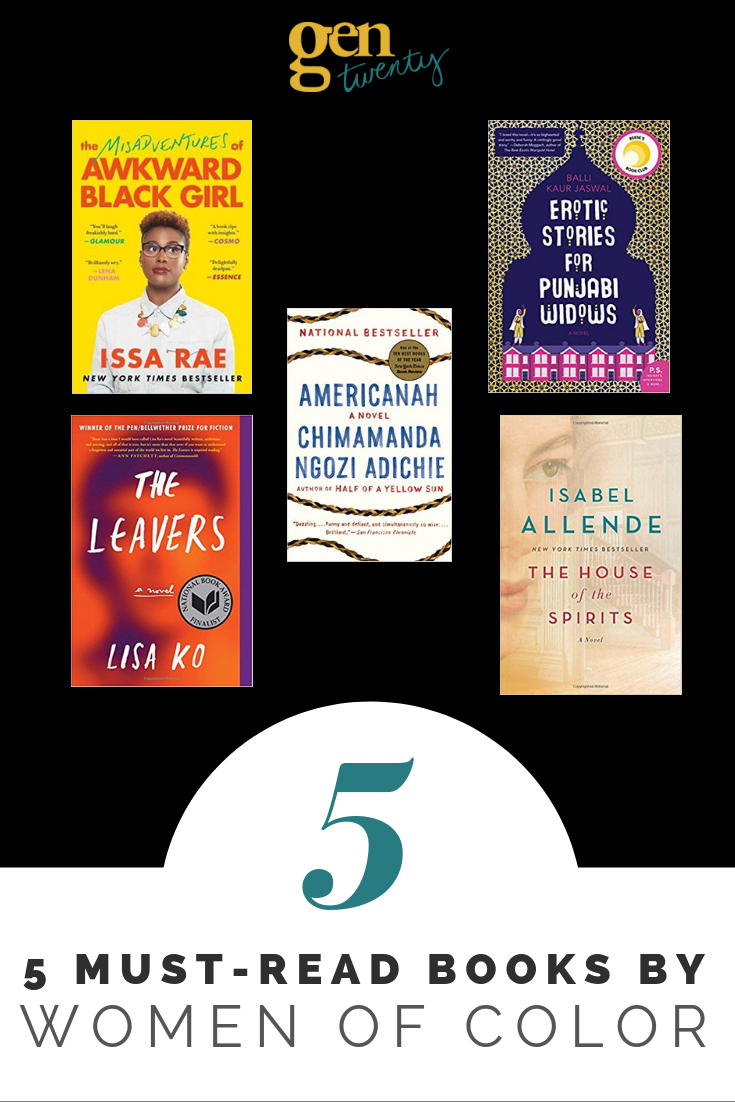 If you commute via public transit, it can be an awkward cover to whip out and hold but that’s what digital copies are for! Or you can proudly hold this delightful story about Nikki and follow as she teaches a group of widows who don’t know how to write, how to tell their stories. She learns about the the women who make up her community and she enables the beginnings of their quiet rebellion.

Jaswal will make you fall in love with the older women in your communities all over again.

5. The Misadventures of Awkward Black Girl by Issa Rae

Issa Rae’s Insecure is a visually candy colored treat about Issa (the character) navigating life as a black twenty something woman in Los Angeles. Before the accolades and nominations for Insecure, there was Awkward Black Girl: the YouTube web series that HBO’s Insecure is based on. The YouTube series spawned a collection of essays about various situations Issa (the person)has awkwardly found herself in.

The four recommendations above have all contained some heavy subject matter. Given the experience of being a woman of color can be heavy subject matter in itself, the direction the stories take makes sense. If you’re looking for a book that will have you laughing so hard, you’ll cry, pick up Rae’s collection of essays, The Misadventures of Awkward Black Girl.

Choosing only five books to recommend as must-reads is a tough task for anyone. Every week tons of new books hit the digital and actual shelves. That means there are always new books to pick up and dive into. It also means that there are so many great books out there by women of color that do not get enough love.

During the research process, I read all these books to make sure that I could stand behind these recommendations. Finding time to read can be pretty difficult. It’s also about finding those moments where you’d otherwise veg out on a Netflix true crime marathon or mindlessly scroll on Instagram for a few hours and choose instead to devote even just 30 minutes to lose (or find) yourself in a great book.

One of the struggles during research, was the limited number of books I found by women of indigenous heritage from North America or Australasia. These women authors are definitely out there, so who has some great recommendations by indigenous women? Which other books by women of color do you think are must read reads? 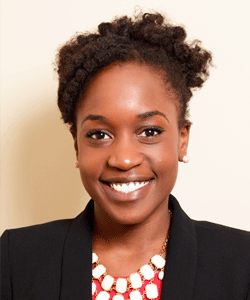 Neema has a BA Communications from the University of Calgary, MA Advertising from Newhouse at Syracuse University. She has a wide variety of marketing communications experience, currently in advertising, previously at the UN, in higher education, and non profits. She has a passion for helping youth, social good, and mentorship. In her free time, you'll find her traveling, eating all the things, and boxing. One day she hopes to lead marketing communications for a major/international social good initiative.

READ MORE  Book Review: All Groan Up by Paul Angone

5 Classic Books That Never Go Out Of Style

These books cover topics that are both timely and timeless.