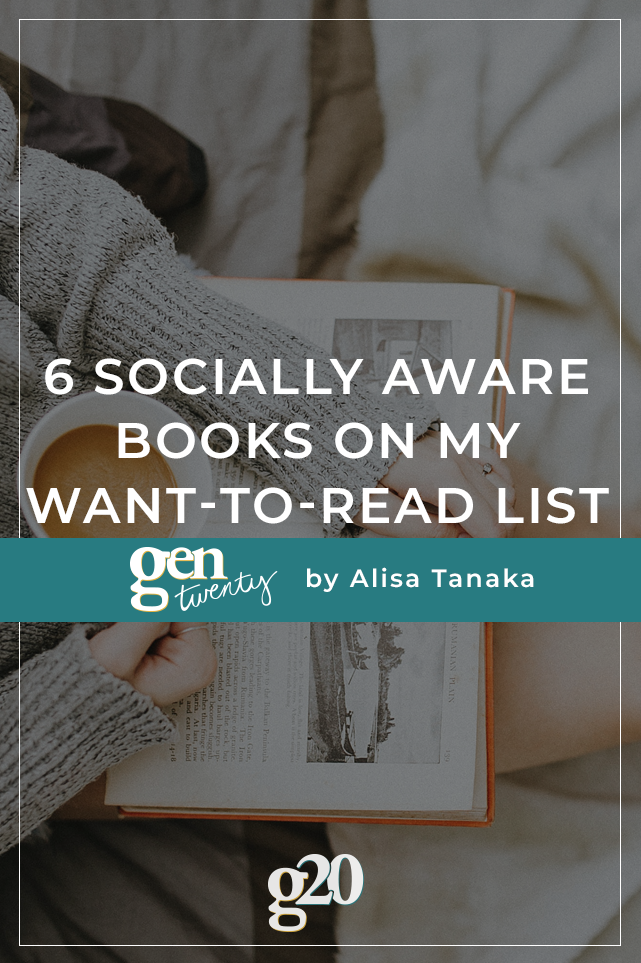 As a child, I was a voracious reader. I read almost anything I could get my hands on. I wasn’t as ambitious as say, Matilda, but I definitely enjoyed reading. My father read me the His Dark Materials trilogy when I was six before I discovered Harry Potter.

Maybe it was an aftereffect of having an academic for a parent, but I grew up surrounded by books. Reading in college became more of a chore, but I discovered that I loved reading studies for my papers. Now as a post-graduate, I have honed in on my interests. Now I have quite a list of want-to read books!

The Making of Asian America

I originally began this book in May in honor of Asian Pacific American Heritage Month, but things have escalated here in Taiwan; nevertheless, this book remains on my list. I am interested in the history of Asian-Americans and the rhetoric surrounding that specific group of people.

As a Japanese-American, I am most interested in the history surrounding Japanese immigration to the United States. My father took me to visit Manzanar, one of the camps where Japanese-Americans were sent after Executive Order 9066 went into effect. Although I was young, I imagine that the impact that camp had on me is similar to how a Jewish-American may feel after visiting the Holocaust Museum.

Why I’m No Longer Talking To White People About Race

As the podcast junkie that I am, I came across the podcast Ctrl Alt Delete produced by British author Emma Gannon, who interviewed Reni Eddo-Lodge, the author of Why I’m No Longer Talking To White People About Race, which put this book on my radar. Add to that the fact that Emma Watson listed this book as one of her selections for her book club, and I was even more intrigued.

A large part of this book’s appeal comes from my personal experiences as a woman of color in the United States. I would often make a list of things I wanted for Christmas. Despite the dolls and other things that made their way onto that list, my parents could never give me two things that were usually near, if not at, the top of that piece of paper.

I desperately wanted blonde hair and blue eyes; as a teenager, I internalized the standards of beauty that I saw, and as a result, never saw myself as someone who was physically attractive. A lot of that had to do with my race and the fact that I often encountered individuals who would fetishize Asian women.

I am curious to read this particular book in order to learn about the author’s experience as an African-British individual and compare and contrast her experience to my own.

If it’s not already obvious, I am interested in the rhetoric surrounding immigrants. I also lived in Australia for 4 months studying abroad. This memoir recounts the author’s journey from socialist Belgrade to Australia in addition to the aftermath.

As the daughter of a Japanese-American father and a Japanese mother, I am not what the Japanese people would call “hafu” or mixed race. However, that is not to say that, like the author, I did not deal with feeling out of place, and questioning where I belonged, like many immigrant children do. Of course, as a naturalized American citizen, my experience is different to those of immigrant children, but that doesn’t mean that I can’t empathize or connect with those stories.

This book first came onto my radar because the film Bend It Beckham was the first film that I saw that dealt with an experience that mirrored what I had grown up feeling: being American, but not looking like a typical American. Of course, the protagonist was British, but that doesn’t change the fact that I connected to the film instantaneously because of my own experiences.

The editor of this book, Nikesh Shuklah, was interviewed by the same British author and podcaster who interviewed the author of Why I’m No Longer Talking To White People About Race. The interview piqued my interest sufficiently enough to want to pick up the book.

As an American, I am curious to hear more about British immigrant rhetoric and stories, since you don’t often hear about those stories in the United States. I’m curious to read more about these authors’ experiences and expose myself to authors whose work I haven’t read before.

For those of you who are interested in the self-help genre, I doubt that you haven’t heard of Brené Brown. As someone who needs studies and facts to back up something, I appreciate Brené Brown for the fact that she not only writes about things like vulnerability and authenticity, but backs it up using scientific studies and ethnographic studies.

I am excited to read her newest release about belonging and having the courage to stand alone. Those are things that I have always struggled with.

Stitched Up: The Anti-Capitalist Book of Fashion

I remember watching a documentary about the factory workers who sewed clothes for Forever 21 in a sociology course. It shocking and repulsive. And I haven’t shopped in a Forever 21 since.

I think it’s important to remain educated about the issues that you are interested in, even if you aren’t necessarily passionate about them. I don’t consider myself the most fashionable person on the planet by any means. But that doesn’t mean that I’m not interested in the industry, where my money goes, and how it impacts others. By all accounts, this seems like a great book to learn more about just that.

These are just six books I’m interested in picking up in the coming months. What’s on your reading list?

We're rooting for you Gen Z.