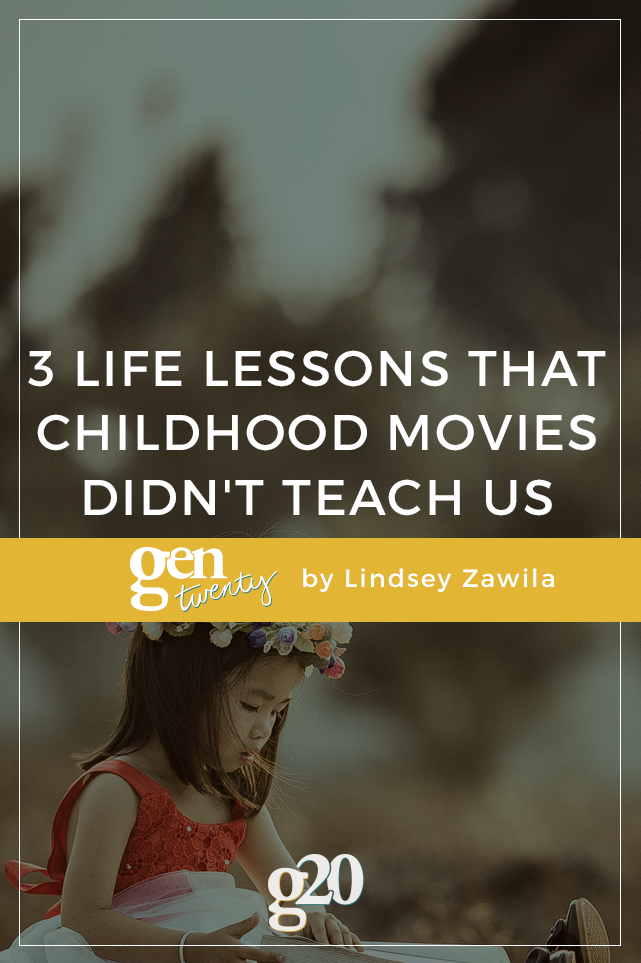 Like most children growing up, I loved Disney and Pixar movies.

My favorite as a little girl was “The Little Mermaid.” I wasn’t into princesses, and I’m still not. But Ariel was a mermaid, and I loved swimming. I basically just loved that she was fish.

I was a simple-minded child. Most children are.

As an adult, I became a literature nerd. I enjoy most movies with thought provoking underlying themes and extensive character development. I like seeing painful moments shape a character, and the lessons that can be gathered from the movie.

I also noticed that my literature nerdy self was looking at my favorite childhood movies differently. It’s to be expected, as I don’t have the simple mind of my childhood self anymore. Some people will argue the loss of childhood innocence and lack of a simple life. I’m not complaining about growing up. Clearly, life is a lot more complicated. But I also enjoy increased freedom and I’m proud of being responsible for myself.

Not that I want childhood movies to destroy a child’s innocence.

When I was a child, I loved Ariel because she was a fish. As an adult, I see Ariel as a reckless and immature 16-year-old falling for the first human that she sees (not even talks to, simply sees).

Clearly, I didn’t knowingly absorb her immature character as a child.

But it’s difficult to argue whether I implicitly learned that I should be an independent 16-year-old desperately in love (and many movies can contribute to that mindset as well).

Again, I’m not trying to argue that childhood movies should destroy innocence.

But it would’ve been nice if they were a bit more real.

Some of the lessons that I wish childhood movies had included:

As Elsa from Frozen bluntly stated, “You can’t marry a man you just met.”

Thank you Elsa, for finally stating the obvious and even contradicting many childhood Disney movies. And thank you Frozen, for showing the flaws of Anna’s first ridiculously desperate love.

Because so many movies (including but definitely not limited to Disney) follow the romantic plot line of boy likes girl or girl likes boy. And then they fall in love so simply and easily that it gives the impression that love is easy.

It’s just not that simple.

Your first crush almost definitely won’t be your last. The first guy you date probably won’t be the one you marry. And marriage doesn’t equate to automatic happiness.

The reality is that relationships take work.

There will be disagreements and there will be struggles. You are two separate individuals taking on the world together. You still have two different minds, maybe different career goals, and possibly different ideas of your future.

“Frozen” is one of my favorite childhood movies to watch because the romantic aspect is much more real.

As a child, I might have just been more interested in the snowman. But I am much more comfortable with the implicit lessons that it teaches children now (no spoilers, I promise):

Your first love interest might not be (and maybe should not be) your last. Some men are simply jerks and don’t have your best interest at heart. You don’t even need a man to be amazing. And correct me if I’m wrong, but I think this is the first Disney movie and maybe even childhood movie in general that shows a man asking for a woman’s consent to kiss her.

Because for crying out loud, consent is extremely important and not discussed with children enough when it comes to relationships.

2. There Aren’t Always Heroes Coming To Save Us

I can definitely argue that I grew up thinking that I would be somehow saved if things went really really wrong.

I grew up with the cliche fairy tale where the princess gets kidnapped by some evil character, locked in a dungeon or the top of a tower that’s normally guarded by a dragon, and then her savior that she usually later marries comes and rescues her.

There are many criticisms with this story line.

First, I was seriously annoyed at the implication that women were always getting themselves into trouble and needed a man to rescue her. Even as a child and a girl gamer, I was extremely insulted. And I could go on for another whole article about why this is flawed, why it’s irritating, and why it may even be detrimental to society.

So I’ll refrain for the present moment.

Second, I grew up thinking that the worst that could happen to you is that an evil character would kidnap you. Most princesses really aren’t in danger of dying, but that’s the worst possible outcome.

As an adult, I began to believe that if you are kidnapped, the best case might be that you’re killed painlessly.

Because living means dealing with the trauma of being attacked, assuming that you’re rescued painlessly. But if you are rescued, it’s more likely that you’ve been tortured mentally and physically. You’ll be living with trauma symptoms for a long time, and trust will be extremely difficult to ever achieve again.

Aside from all that, we don’t always have heroes coming to save us.

Even the heroes in the children’s stories are repaid with the princess marrying him.

She apparently owes him for saving her. She owes him her life.

So she repays him with her body (again why consent is so freaking important).

3. Good and Evil Are Just Perspectives

Good and evil is just our perception of things.

It’s too easy to point at someone with a different background, different appearance, and different perspective and call them an enemy.

Hitler pointed at the Jews and called them Germany’s enemy. The Soviet Union and America distrusted each other so much during the Cold War that they danced on the brink of nuclear war until the Soviet Union collapsed. And anyone that criticizes Taylor Swift is immediately dubbed her enemy.

In the end, good and evil come down to perspective. That’s not to say something is right or wrong. It simply illustrates that there are multiple sides to every story.

Former CIA field officer Amaryllis Fox spoke in a powerful online video about war and peace, and how everyone thinks they are the good guys:

If we all listen to each other, we’d learn that there is not good or evil. Just different perspectives.

In terms of childhood movies, I think Pocahontas might be the only one I can think of that illustrates different perspectives. And in a Romeo-and-Juliet fashion, two historically inaccurate lovers bring the two sides together in a less tragic way. But then again, what childhood movie actually has the white man be the enemy?

Maybe if we all listen to other perspectives, we’d learn that in the histories of so many other nations, the white man is the enemy and things might make more sense.

Showing different perspectives might make a more complicated childhood movie. But it might also be better than implicitly teaching children that anyone who disagrees is an enemy.

And maybe children aren’t always listening. Maybe all the lessons we try to impart on them fall to the wayside because the protagonist is a fish.

Or maybe they don’t.

But it doesn’t mean we should be sending them flawed messages either.

19 Keyboard Shortcuts That Will Make Your Life Easier

These time keyboard shortcuts will turn you into a keyboard wizard.