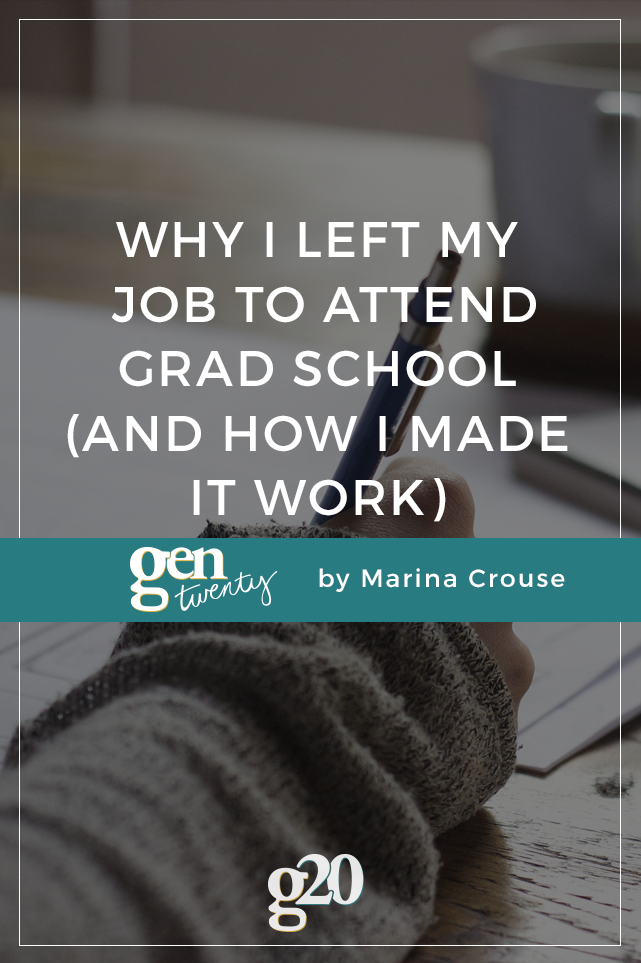 This time last year I was a miserable mess. I felt trapped in my job that I knew had no direction for me, and I had zero luck in my year-long job hunt.

So, I evaluated my goals and options and decided to finally apply to grad school—something I had often thought about doing but never felt ready for.

In August 2015, I told my parents I was planning on grad school and began my newest search: for the right program.

With deadlines in January, I knew I had about six months to apply. I reached out to past professors for advice and recommendation letters, I signed up for an online class to help me practice and gather material to submit for my graduate school essays as I was applying to a fiction writing program, and I found the list of eight schools I wanted to apply to. In November, I used up my vacation days to go home for a week so that I could focus on writing essays and finalizing applications.

At home that week, I realized how burnt out I was from my job. I was emotionally exhausted from a demanding customer service job, my nerves were frazzled, and I could barely focus on the task at hand that week. I realized then, that what I really needed was a vacation, not a working staycation.

I tried to balance out my time at home that week with resting, and mindless movie watching with my mom, but when I’d turn back to my essays I would write and rewrite and didn’t make any progress. At the end of my week at home I felt defeated, overwhelmed and anxious at the thought of returning to my job while trying to finish applications during the busiest season at work.

Originally, when I decided to go to grad school, my plan (because I always have a plan) was to stay at my job until my apartment’s lease was up at the end of June, and then I’d move to wherever I was attending grad school, because, of course, I planned on getting accepted.

Then, as my stress, anxiety, and unhappiness levels climbed I told myself, “just make it to your two-year work anniversary in March.” I was bartering with myself, trying to set attainable goals to work towards and look forward to. Believe me, I really looked forward to leaving my job. Finally, after what seemed like weeks of trouble sleeping, crying to my parents, and daily panic attacks, I asked myself “Why am I doing this? Why am I trying to stick it out until a random time frame?”

I knew I wanted to leave, and I was just biding my time and letting myself fall down a deeper and deeper emotional black hole. So, I assessed my finances and savings, I did some math, and I talked to my parents. I included them in my thought process not because I needed their approval but because I needed a sounding board.

I think even if they said, “no, don’t leave your job, wait until you have another job lined up or are accepted to grad school,” I would have still left. Luckily, they supported me and offered help if I needed it. I’m also thankful that I didn’t need it. I had scrimped and saved, and lined up a few part time jobs to hold me over until my lease was up. Then, I gave my notice in the middle of December and had my last day of work on December 31st.

The first Monday I didn’t go to work, I woke up and breathed easily for the first time in months. I got out of bed, made tea, and sat down at my kitchen table to work on the essays I had been staring at for weeks.

This time, though, I was able to focus and finally concentrate without being interrupted by a telephone ringing every minute and having demanding customers on the other end. I had learned an enormous amount at my customer service job, and I gained priceless people skills. I learned about people, about working and perseverance, about the kindness of coworkers and the importance of a supportive manager, and most importantly, I learned about myself and my goals for my future. I don’t regret taking that job and I don’t regret leaving that job. I also don’t regret the semi-unemployment I faced after I left because I learned a lot then, too.

I spent the month after I left my job finishing my applications to eight different schools. Then, I started a part-time job working remotely for a company that needed some creative consulting as well as a blogging on the side. In the spring, I picked up dog-walking for a friend-of-a-friend but I also had a lot of free time.

Free time is something that we take for granted when we have it growing up, and it is something we covet once we’re full-time working adults. Who wouldn’t want  a month of complete freedom from work and obligations? I certainly thought that it was going to be the best thing ever and that I would “finally” have time to write my first draft a novel in preparation for school, to get fit and run miles every week, and to do all the things on my New York City Bucket List.

Interestingly enough, the more free time you have the less motivated and less productive you become. I’m not sure if it’s because of the “I have plenty of time” attitude, or maybe it’s just true that “idle hands are the devil’s workshop.”

For me, I struggled with having too much free time and too much alone time. I spent many an afternoon calling my mom for advice—she lives in California and would talk to me during her lunch hour. I watched several series on Netflix and Hulu, and once the biting winter died down I spent a lot of time walking in the park near me and around the city.

I felt listless but tried to stay active. I didn’t write my first novel draft or become super fit, but I did find myself trying yoga, socializing more, and feeling hopeful about my future for the first time in three years. I learned a lot about my expectations for myself, I learned how to put less pressure on myself and to accept myself as I am, and I also learned what motivates me and helps me be productive.

I know for some, taking time off between jobs or between job and grad school is not an option. I did work part-time, but relied heavily on savings and austere budgeting to get me through. I also knew that I would be moving home to live with my parents for the first year of grad school, which helped as I watched my savings decrease. I got creative with new recipes and learned to be a better cook rather than rely on take out, and I learned to invite my friends over to my tiny apartment or to the park for a picnic rather than meet at a bar for drinks and dinner. 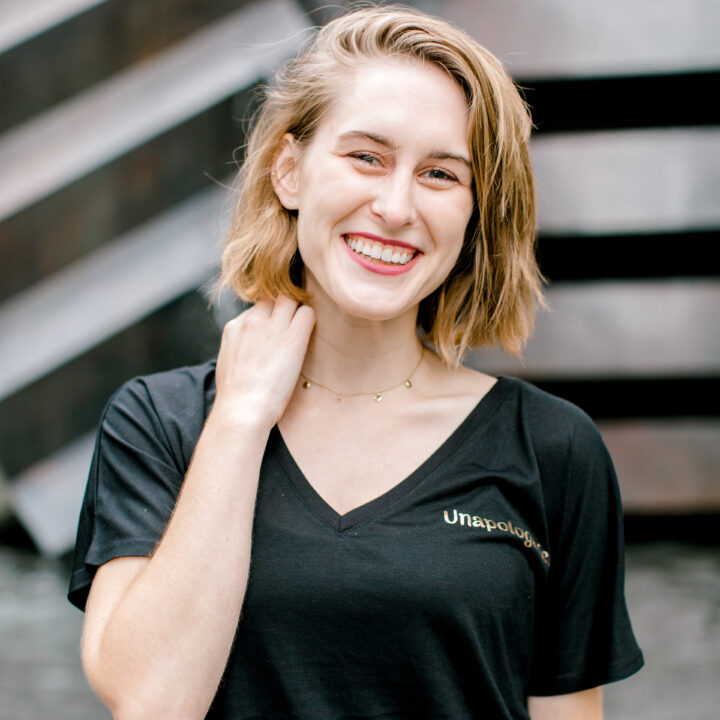 Marina is the Managing Editor here at GenTwenty. With a B.A. in French and an MFA in Creative Writing, she is a Writing Coach helping creatives bring their ideas to the page. Learn more about how to work with her at www.marinacrousewrites.com. In her free time, you'll find her reading, cooking, traveling, or binge-watching sitcoms on Netflix.