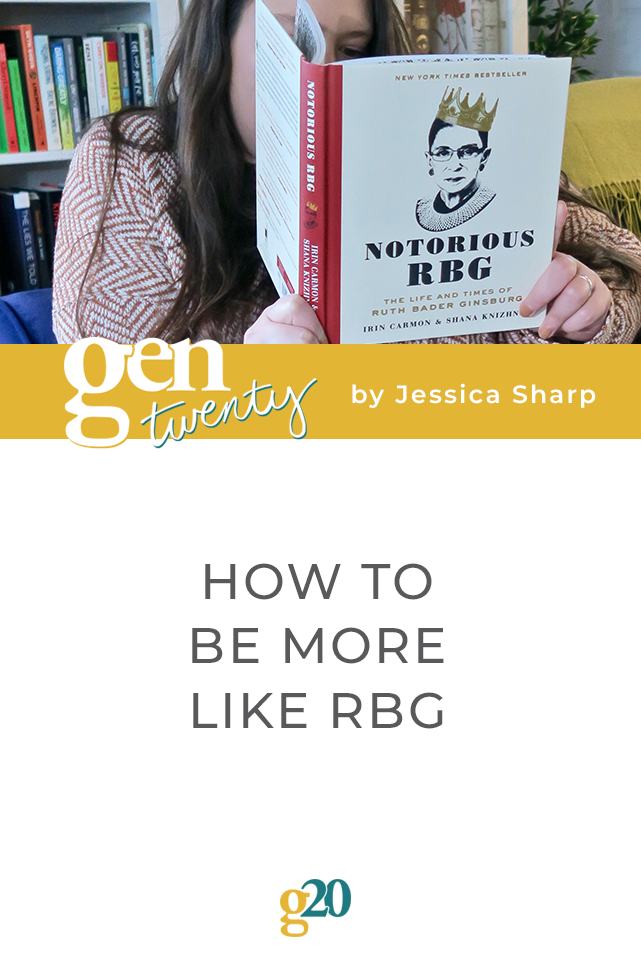 Ruth Bader Ginsburg aka RBG aka the Notorious RBG is an icon. For those of you who don’t know her, she is a current Supreme Court Justice who had an incredibly successful career as an attorney before she became the second woman to serve on the US’ highest court.

To give you some background, she was one of nine women in her Harvard Law School class and became the second woman to teach full-time at Rutgers School of Law. During her time at Harvard Law, her beloved husband was diagnosed with cancer. And all the while, she was an exemplary student, a mother of a young child, a wife, and caregiver.

During her time as an attorney, she was a fierce advocate for social justice and the rights of women. Her work forever changed the landscape for women. And in 1993, she was nominated by President Bill Clinton to serve on the court.

One of the great stories of RBG’s life was her love story with her beloved, Marty. Their love is the kind of love I hope to have one day. They were fiercely dedicated to one another, supported one another, and Marty was a wonderful cook ?.

RBG has had much success in her life and career; we should all strive to be a little more like her, and here are a few ways how we can do that…

1. Have friendships with people who are different.

The world is a bit divisive right now, but you can indeed be friends with people who disagree with you.

RBG had a famous friendship with former Justice Antonin Scalia. In terms of politics and beliefs, they couldn’t be more different – they were, more often than not, disagreed about how a case should be decided. Nevertheless, they had an incredibly strong friendship; even their families were friends.

2. Don’t settle for a relationship with someone who is not supportive of your life choices.

Marty Ginsburg adored RBG, but he also supported her, her work, and her aspirations. RBG has been known to say,

“Women will have achieved true equality when men share with them the responsibility of bringing up the next generation.”

I have seen this quote in so many places:

“My mother told me to be a lady. And for her, that meant be your own person, be independent.”

RBG has always been her own person and allowed her personality to shine through. If you have ever seen a picture of her while on the court, she adds some flair to her robe – she is always true to herself. 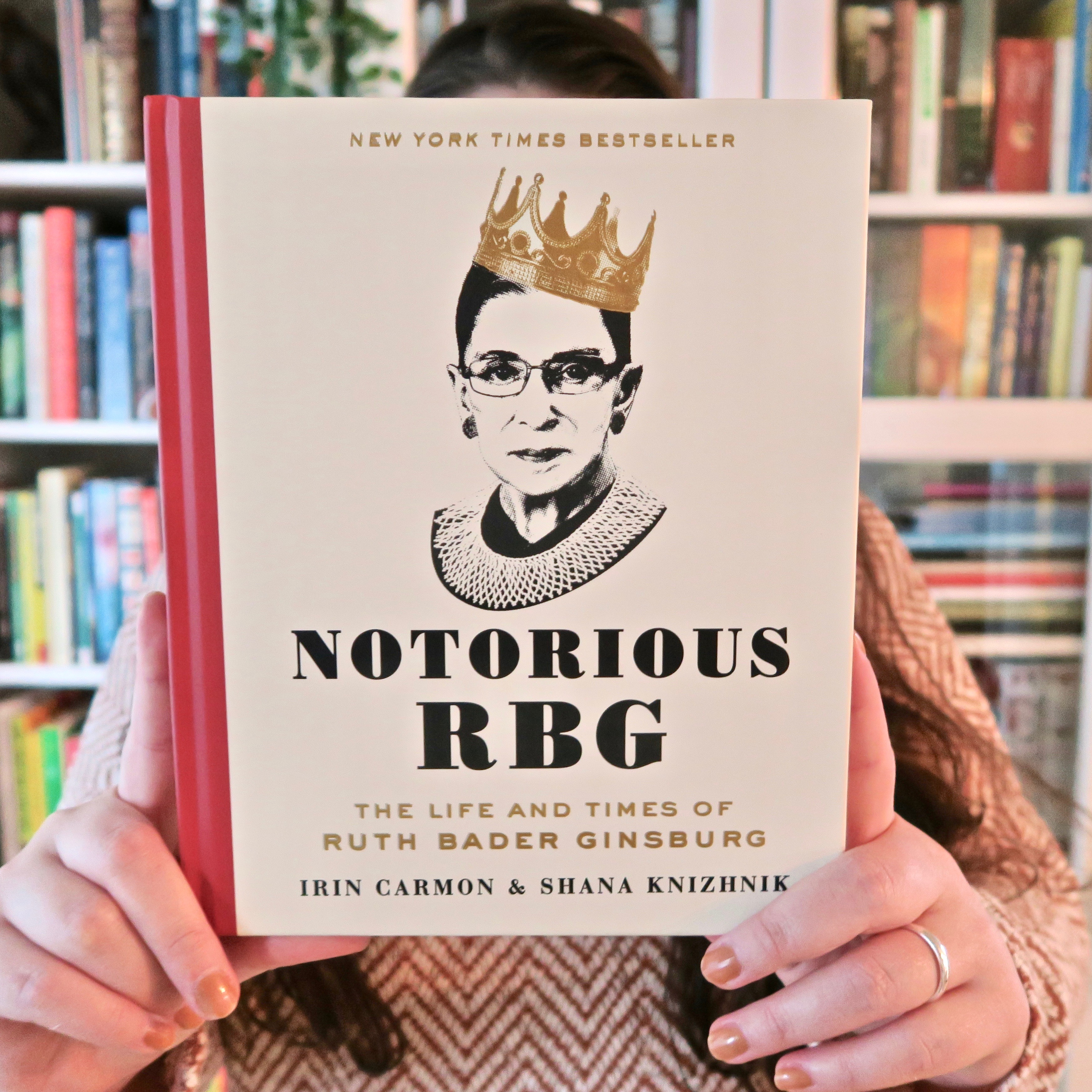 4. Focus on your health.

RBG is currently 85, but she works out regularly with a personal trainer. She knows her health matters, so she is dedicated to being physically fit. She is surely busy, but she still makes a point to find time to focus on her health.

5. Fight for what you believe in.

Throughout her career, RBG has been incredibly dedicated to advancing the rights of the underserved and women. She has spent her entire career fighting for others, and we should all be thankful for it.

6. Don’t be afraid to be the first, but make a place for others.

As I’ve already mentioned, RBG was often outnumbered in terms of her gender. She was one of nine women in her Harvard Law class, she was the first female teacher at Rutgers, she was only the second woman on the Supreme Court, and for several years was the only woman on the court.

RBG was comfortable being the only one of her gender, but she worked to teach others to make space for them (Sandra Day O’Connor was great at this too, which can be learned from the book about the two of them). If you are a minority in any way, you may have to be the first. That is unfortunate, but someone will have to be, but please make room for others like you to be included as well. 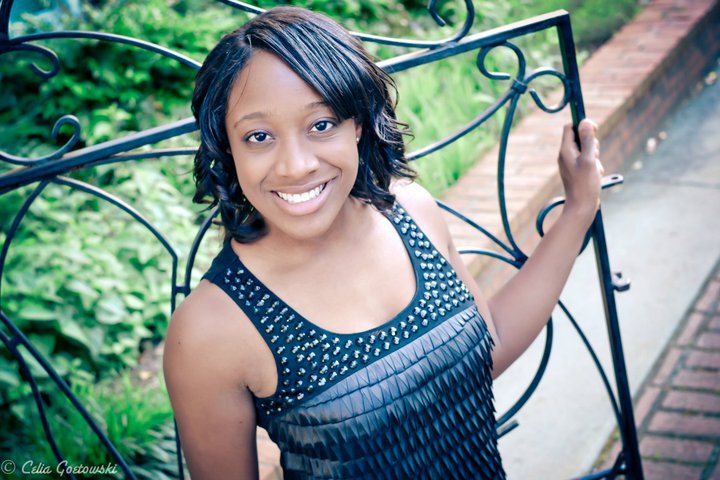 Jessica Sharp is passionate about empowering underserved and minority communities, diverse representation, and brain education. Jessica is the Founder and Chief Educator of Sharp Brain Consulting which works with public service agencies to provide education about the brain and its effect on organizational outcomes. Additionally, she is on the leadership team of Meals on Wheels in her town of Greenville, SC. She is completing a Masters of Public Affairs from the University of Missouri. Upon her completion, she will attend William James College to obtain a Doctorate of Psychology. Follow her on twitter at @sharpjes.

How To Financially Cope With Medical Expenses

When it comes to medical bills, you have rights and options.