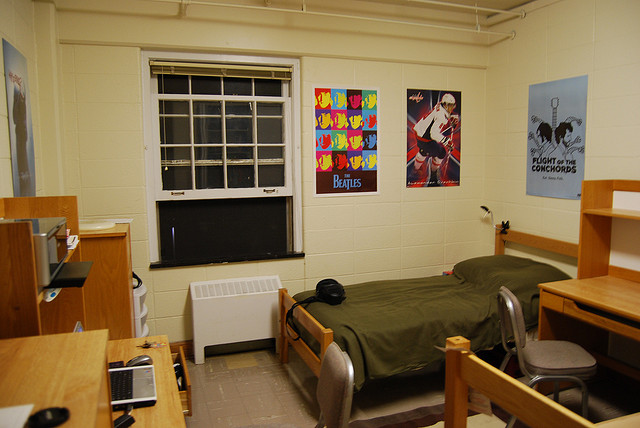 For some colleges, it’s customary to live in the dorms from the day you start to the day you graduate. At the college I went to, the vast majority of people lived on campus for a year and then moved into an apartment with their friends. It’s possible that the time between then and now has made the heart grow fonder, but then I remember frantically looking for an apartment with my friends, for fear that I would have to spend another year in the dorms.

I went to college about three hours from home – which isn’t far by any means but it’s not a commuting situation – I moved into the dorms. Some dorms are suite style which basically means you have to share your bathroom and living room with less people. The other option is a traditional dorm, which means you share a room with one or two people, with a couple bathrooms for everyone on your floor and a large gathering area with tables, couches, and sometimes a television.

There are lots of really awesome things about living in the dorms. For example, it’s easy to make friends whilst living the dorm life.

All of my friends during my first year of college were from the dorms. After a few weeks of solitary confinement with just my roommate for company, I started hanging out in the common room. At first it was just five random people hanging out and then, after a couple of days. I realized we were all in there despite the ripe smell of B.O. left by the intramural basketball team, because we didn’t have anyone else to hang out with. We were the rejects and we were the best. The dorms built me a circle of friends I would have been unlikely to meet on a campus of 40,000 other students.

The proximity to my friends meant that hanging out was literally just a walk down the hall or a quick elevator ride up to the 12th floor. Even after staying “out” until 4am I could just walk the 200 yards to my own bed. I was rarely alone which was both good and bad. In the instance of friends, it was a good thing.

Another bonus of living on campus is that you can sleep in until 20 minutes before your first class starts. I cherished those moments when my alarm didn’t go off until 9:40 a.m. and I could still make it to Econ at 10 a.m. with a minute to spare, even if I was still in my pajamas.

The dorms were my first introduction to sharing a room. Never in my life had I had to cohabitate in such a small space. My roommate was fairly pleasant, even though she had an affinity for really late nights complete with blinking twinkly lights and letting her boyfriend live with us for extended periods of time. Sharing a very small space is also a lesson in passive aggression.

Between your roommate’s late-night dance parties and the thin walls between you and your floormates, dorms can get noisy. There are literally hundreds of college kids, many of whom are out of the house for the first time and exercising their freedom a little too much. Usually that involves too much to drink, illicit drug use, slamming around at 3 a.m. waking up the neighborhood, and using the bathroom for copulation purposes.

Which brings us to the gross: the bathrooms. Yuck. Thumbs down. The shared bathroom was literally the worst part of living in the dorm and I was lucky to live on the all-girls floor where we had two bathrooms and didn’t have to share with any smelly boys who hadn’t quite figured out the sheer beauty of antiperspirant. Count your lucky stars if you all you ever experience in a college bathroom was an abundance of hair in the drain or getting locked out of your room with nothing but a towel around you.

What sorts of things did you experience living in college dorms? 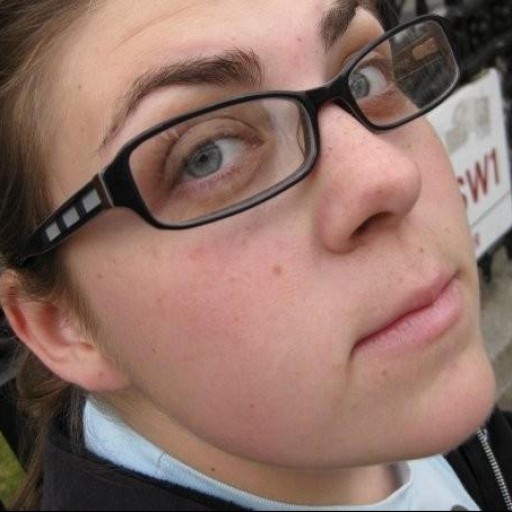 What To Do When You Make a Mistake at Work

We’re all human and we make mistakes sometimes.