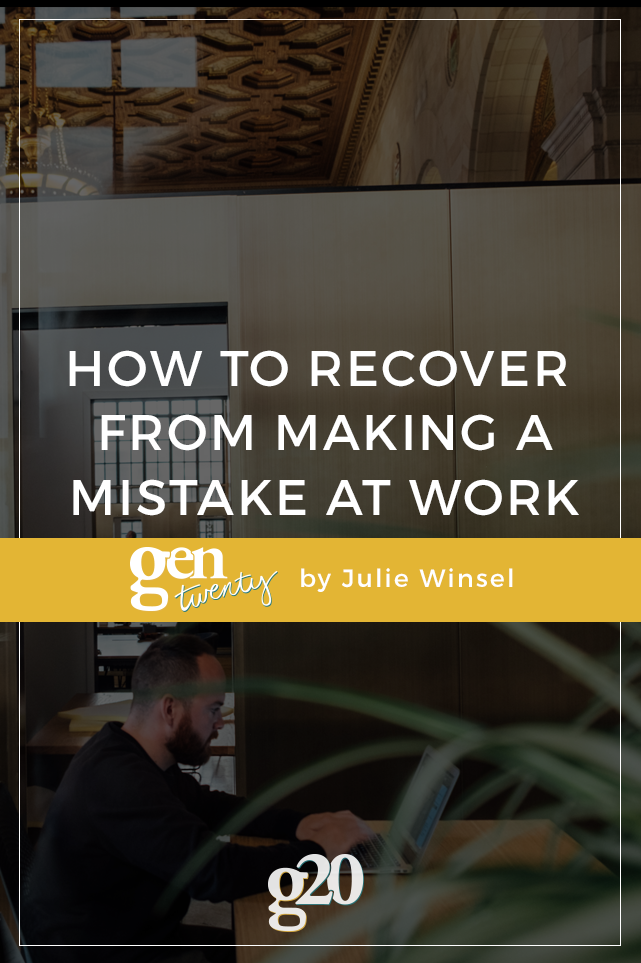 So you messed up. Having wrote down the wrong due date for that major project, the looks you were getting from your boss three days after it was due were more than a little telling. And then the email from your direct supervisor asking where your current project was made you want to sit in the bathroom and cry for a little while.

We’ve all been there.

As a twenty-something, we’re usually the low man or woman on the totem pole when it comes office politics. Most of us are on our first job, just trying to get by long enough to snag good references for when something better comes up.

However, we’re all human and we make mistakes sometimes. And, when we’re already in a fragile position at our jobs, it can seem like the end of the world. You may already be looking for boxes to pack up your desk.

But don’t blow this out of proportion; there are ways to fix this and come out of it looking like an even better employee. These are some methods we’ve used and learned from afterward:

1. Own up to your mistakes.

Don’t make excuses because that won’t help your case. Instead, just admit you made a mistake and ask if it’s possible for you to get an extension or if there’s some other way to make it up to the company.

So they gave you an extension on the project, but don’t mess this one up. Do everything in your power–not taking a lunch break, rearranging a different priority, or even staying late–to get everything done by that date or, if possible, even sooner.

3. Speak to your boss after the fact and ask how you can improve.

Even after college, life is a daily learning experience. Don’t be afraid to ask your boss for advice. Asking for their opinion will show him or her how much you respect them and that you are seeking to improve your ways, which is a key skill future employers will look for.

4. Don’t be afraid of failure.

Again, we’re all human, we all make mistakes. I’m sure each and every one of your co-workers has made some mistake in their careers that they thought would get them fired. Also, even if you do, for some reason, get fired, think of it as a learning experience. If it happens, you can then can move on to bigger and better things (besides, you don’t want to work for someone that fires you for some small mistake like that anyway–that’s just poor business on their part).

Don’t think that you’ll know everything or be perfect by the time you reach your twenties. Mistakes happen. But it’s how you react to them that make you a better employee and a better person.

How Social Media Affects Our Generation

If you’re like me, mornings consist of getting locked into a tug-of-war with my snooze button—on my phone, with one...