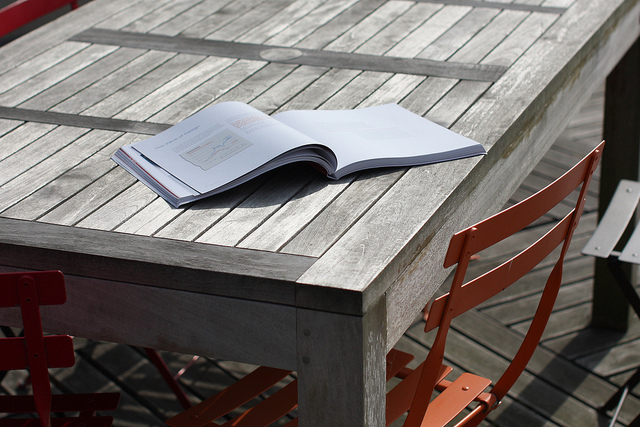 As wonderful as it feels to get lost in George R.R. Martin’s fantasy world of Westeros, or to let out a belly-laugh at the witty prose of David Sedaris, sometimes the twenty-something soul needs to feed on the real-life stuff that’s hiding out in the non-fiction section.  I’ve narrowed down my favorites to just five of the top books to read in your twenties, in no particular order.

For further reading, here’s our massive list of 65 books to read in your 20s.

Maybe you hated your high school economics class, or maybe you live and breathe the work of Keynes or Hayek, or maybe you’re somewhere in between. Freakonomics is a unique blend of pop economics, criminology, and sociology that is both informational and fascinating. It sufficiently deviates from run-of-the-mill economic models to entertain those who know their way around a Hubbert curve, while being accessible to people who avoid graphs like the plague.  The authors prove that economics is far more than a supply and demand curve; it’s a forever-evolving and sometimes surprising way of viewing the world around us.

Tina Fey is the queen of comedy who has reigned over primetime, the silver screen, and more recently, our bookshelves.  Fey writes about her voyage from receptionist to world-famous comedian in a memoir that is equal parts inspirational, introspective, and comical. If nothing else, she gives us hope that the mundane jobs of our twenties may blossom into something spectacular if we work hard, sieze opportunities, and maintain a sense of humor about it all.

Bonk: The Curious Coupling of Science and Sex by Mary Roach (2008)

Anything by Mary Roach easily could have made this list, as I’m consistently impressed by her ability to cover totally mundane, borderline embarrassing, and sometimes grotesque scientific topics with an effortlessly hilarious style that’s accessible to anyone.  In Bonk, Roach explores the world of sex, a poignant topic for many a twenty-something.  You’ll learn a few things, cringe a couple times, and laugh more than you have ever laughed at a book about science.

In a brief autobiography that Oprah considers “required reading for all of humanity,” Wiesel provides a chilling tale of his experience with his father in Nazi death camps. We know about the holocaust from only history books and films, but Wiesel’s account brings the horror of Nazi Germany to life for us to feel, baring witness to a young boy’s loss of faith in God and trust in humanity.

The Immortal Life of Henrietta Lacks by Rebecca Skloot (2010)

“She’s the most important person in the world and her family living in poverty. If our mother is so important to science, why can’t we get health insurance?” –A son of Mrs. Lacks

An important read for anyone who has an interest in feminism, bioethics, race and class politics, or anyone who simply wants to have a good cry, this book documents the story of the “immortal woman,” Henrietta Lacks, who is the source of the immortal cell line HeLa, which is still used for research today. Skloot researched the Lacks family, old photos, and archival documents in an effort to discover the history of the now-famous cell line, revealing some sinister details along the way. I started reading this book out of an interest in the history of medicine, but I ended up loving it because of the pertinent issues it touches on.

Buy The Immortal Life of Henrietta Lacks on Amazon

So, there you have it!  Five great books for you to curl up with on the couch this fall.  What are your favorite non-fiction reads?

Making your next date the best date ever

Being in your twenties and dating someone can be incredibly fun, but tough at times, when you are trying to...