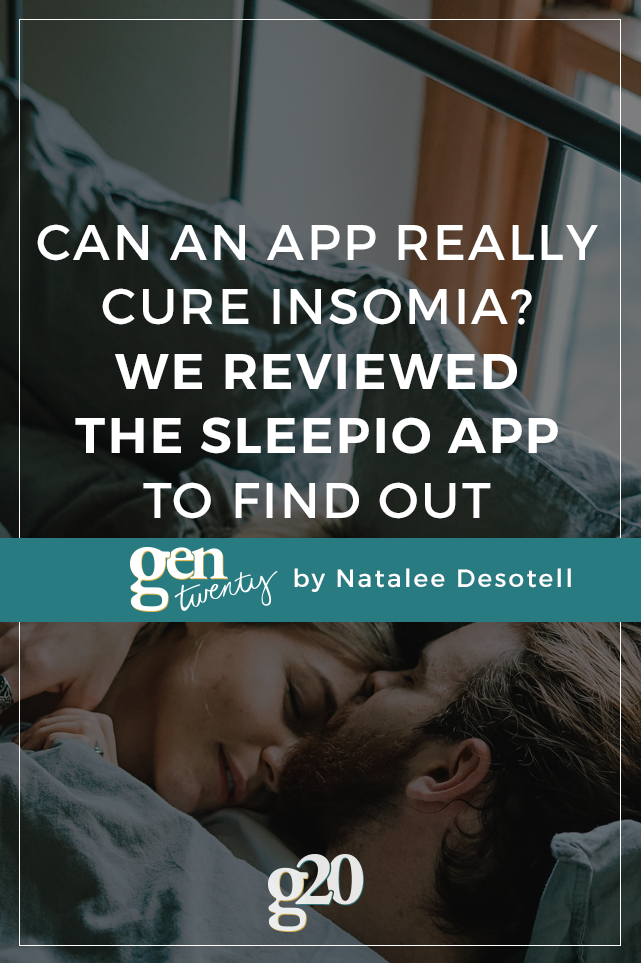 Insomnia crept gradually into my life. After about a year of blessedly flexible work and school schedules, my sleep seemed to naturally shift later and later until my new “normal” meant drifting into dreamland around 5 am and waking up to a shrill alarm at 12 pm. I have never been able to sustain a long-term “morning person” lifestyle, despite my best efforts, so my drift in this direction didn’t come as much of a surprise.

While it’s not exactly socially acceptable to still be in bed at 12 pm (nor is it conducive to living in a world where 9 am meetings are the norm), I didn’t mind my new schedule. I was still getting my work done and learning a lot in my online classes. I chalked it up to an annoying new habit that would go away without a fight when I needed it to.

When I started a new graduate program which included daytime, in-person classes this fall (oh, the horror), I ran into a huge problem. I had to be up for classes by about 8 am, but I couldn’t fall asleep until sometime between 4 and 6 am. For a while, my schedule looked like this: class from 8am-4pm, nap from 4pm-8pm, homework until about 2 am, followed by unsuccessful attempts to sleep until around 6 am. Sometimes, sleep never arrived at all.

It wasn’t sustainable, but I felt trapped in that cycle. I tried taking melatonin and other sleeping aids to fall asleep closer to midnight, but pills are not long-term solutions. I tried foregoing afternoon naps to save my “tired time” for midnight. Then I would be too out of it to complete my homework. The cycle continued.

I wasn’t alone. About 1 in 3 people deal with at least mild insomnia, and women are two times more likely to experience insomnia than men. Insomnia may also be linked to anxiety and depression, so folks who tick those boxes are also at a higher risk. With insomnia being such a pervasive issue, I knew there had to be a better way to deal with it than chamomile tea and lavender candles.

A friend suggested I try Sleepio, and I managed to get a free year of the program in exchange for agreeing to participate in their research.

A little about Sleepio: it’s a cognitive therapy program delivered digitally, either on a computer or smartphone. The program consists of six weekly lessons followed by weekly follow-up.

What gave me a good feeling about Sleepio from the jump was reading that it’s based on scientific research. Instead of simply delivering tips (everyone knows to limit screen time before bed by now, come on), it is personalized cognitive behavioral therapy that walks you through the best solutions to your sleep problems week by week.

Not only that, but Sleepio doesn’t overwhelm you with change right away. Instead, the suggestions build slowly, so you are generally not making sweeping (ergo, unsustainable) changes in your life.

Now that I’m 12 weeks into the program, I’d like to share some of my favorite and not-so-fave aspects of Sleepio.

Like I mentioned, I appreciate that Sleepio doesn’t tout itself as a “quick fix”. It doesn’t claim to drop into your life and immediately mend all your sleep issues. Instead, Sleepio takes a more realistic approach by giving you small things to change. You are given a week to acclimate to that change before adding another to the mix. This way, it felt manageable to maintain my new “rules” without quitting the whole program in frustration.

Of course, the crown jewel of the program is its content. The suggestions it provided were sometimes obvious (avoid caffeine after 4 pm). But other times the advice was something I had never heard about before, like certain thought exercises.

Aside from the great content, I also love Sleepio’s user design and animation. Most of the content is delivered by this little, animated guy (called “The Prof”) and his dog. The animations are pleasant, simple, and calming. The fact that the app is anthropomorphized through this cartoon also adds another dimension to maintain the changes. I never wanted to disappoint “The Prof” by eschewing his advice.

I don’t have a degree in sleep disorders or Cognitive Behavior Therapy. However, there are some things I would change about Sleepio as a layperson user.

First, I wish there were more lessons. Six weekly lessons didn’t feel like enough to affect real change in my life.

I’d like if the app could continue to help me with the already-established rules. I could dig back into the content for a reminder of each rule. But it would be better to have refreshers with “The Prof” and personalized help when things get tough.

For example, there’s a rule that I cannot consume any caffeine after 4 pm. I have a lot of trouble with that rule because I’m usually tired in the late afternoon. A pick-me-up before getting into my homework is needed. If there was a way to indicate that I’m having trouble with that rule, then Sleepio could send reminders about avoiding caffeine or even help me track my caffeine consumption.

I’d also like another way to interact with the app during the week. In between the weekly sessions, there are only a few clickable options in the app. There’s a place to log your sleep hours, a daily schedule (for when to get ready for bed and when to wake up), and a button that says “help me get to sleep now.” The latter option just leads to some audio that guides you through mental exercises to get to sleep. Instead, I’d love if there were simple, calming games available or some meditation options for more specific situations.

While my sleep isn’t fully on track yet, I am closer than I have been in a long time to a “normal” sleeping schedule. I’m able to make it to 9 am meetings without looking too frazzled. And I’m able to get through most days without an emergency nap. Most of the credit for that goes to Sleepio.

Have you ever experienced insomnia? What helped you overcome your sleepless nights?

On Respecting Your Personal Boundaries

No one should make you feel wrong for respecting your own limits, least of all yourself.