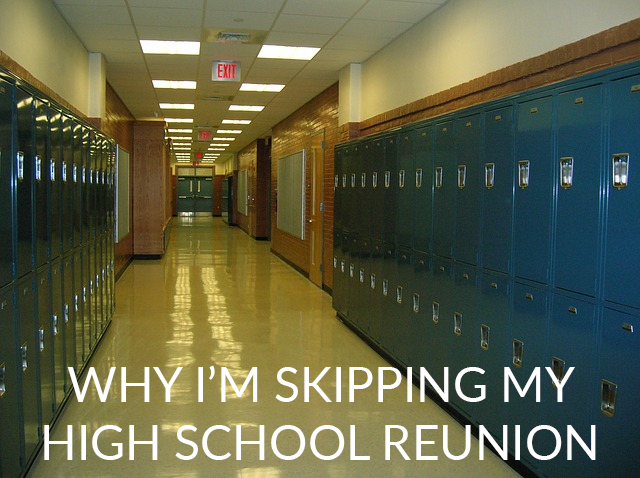 When I received an invitation for my upcoming 10 year high school reunion, the first thought that came to mind was “Wow, I feel old.”

It seems like only yesterday that I was still sitting in front of the lockers with my friends, chatting away about colleges and what we wanted to be when we grew up. (The answer: accountant, as this profession seems to have claimed a good 40 percent of my graduating class).

Before the expansion of technology, school reunions used to be a way to check up on our former classmates after dispersing on our mutual paths after graduation.

Call it simple human curiosity, but these are the people that, for better or for worse, contributed to a significant portion of our formative years. So yes, it’s a no-brainer that we want to see where they’ve landed.

After all, ten years is surely enough time to see some changes. Heck, I know people that have gotten married, had a kid or two and gotten divorced within two years alone.

So when I saw the invite, I was pretty keen about attending.

At least at first.

It’s when I started seriously thinking if it would be worth flying in that I came to a few realizations. Here are four reasons I’m skipping my high school reunion:

1. I already keep in touch with the people I would want to meet up with.

My best friend and I have been on different continents since graduation yet we’ve managed to have our annual winter outing in addition to a long stream of emails and Skype conversations. Every time we meet up, it’s as if no time as passed in between and we just pick up where we left off.

Off the top of my head, there are probably 5-10 other people I could make a decent go of small talk with. Even then, that would probably be more of a detailed run-through of 1) where did you go for college and 2) what job you’re working at, and the dreaded 3) whether you’re in a relationship or not.

The majority of my class, I’m probably on “hi-bye” terms with. Maybe I’m a pessimist, but I don’t imagine that a decade of distance will suddenly change what five years of almost daily contact failed to do.

2. I already know what people are up to.

Unlike the past where you might have been surprised that the prom queen is now unrecognizable and that high school sweethearts Daisy and Ed are no longer together, Facebook and social media have already taken most of the mystery away.

There’s a guy I haven’t seen in years yet I would have no trouble picking his daughter out on a crowded playground. His Facebook has been a constant stream of photos and updates reaching back from his then-girlfriend’s pregnancy to his daughter’s first steps.

Likewise, I also know one high school couple is still together (getting married next year). Meanwhile that girl we were all so sure was going to be a doctor ended up in investment banking in New York. Yes, one of the cheerleaders has gained weight. Ben opened a restaurant in Ontario last year.

There’s almost nothing that can’t be found either with a quick Google search or a peek via a mutual friend’s Facebook account.

Then the question becomes: am I even a Facebook stalker if most of these things simply appear on my newsfeed without me actively searching for them?

3. I don’t feel a need to relive my high school experience.

They say that one reason people attend reunions is to relive the glory days.

Although, that’s a bit depressing if you think about it – doesn’t that just imply that it’s been downhill since graduation? We hear these stories all the time. The student council president who’s now eking out a living as a salesman. The prom queen who’s now stuck with a deadbeat husband.

But then maybe I’m not the best judge. After all, I wasn’t popular nor was I unpopular either. I had my small group of friends and nobody was overtly mean to me or anything. As with anything, there were some happy moments and some moments that still have the power to make me cringe upon thinking of them.

No matter what happened, it’s all the past now.

(Probably because I haven’t.) But this is definitely the other main reason that a lot of people show up and it’s for vindication.

The ugly duckling that finally grew into her looks. The weird guy who’s now a famous stand-up comedian. The quiet nerd who’s now rapidly climbing the ranks of a Fortune 500 company. They want to show all these people that once made fun of them, looked down on them, that they’re the successful ones now.

If they’re someone I’ve kept in contact with, then chances are I already know about it (and celebrated along with them). If they’re not, then I’ll happily pass on listening to them crow about it.

Of course, that’s not to say that high school reunions aren’t worth going to. After all, many of my former classmates have RVSP’d already. It’s just not my thing at this point in my life. Who knows? Maybe I’ll change my mind when the next one rolls around. 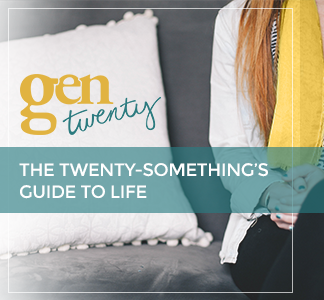 How to Build Your Confidence (and Why It’s So Important)

The twenty-something years are a decade filled with constant uncertainty and self-doubt that could make anyone question their confidence to...