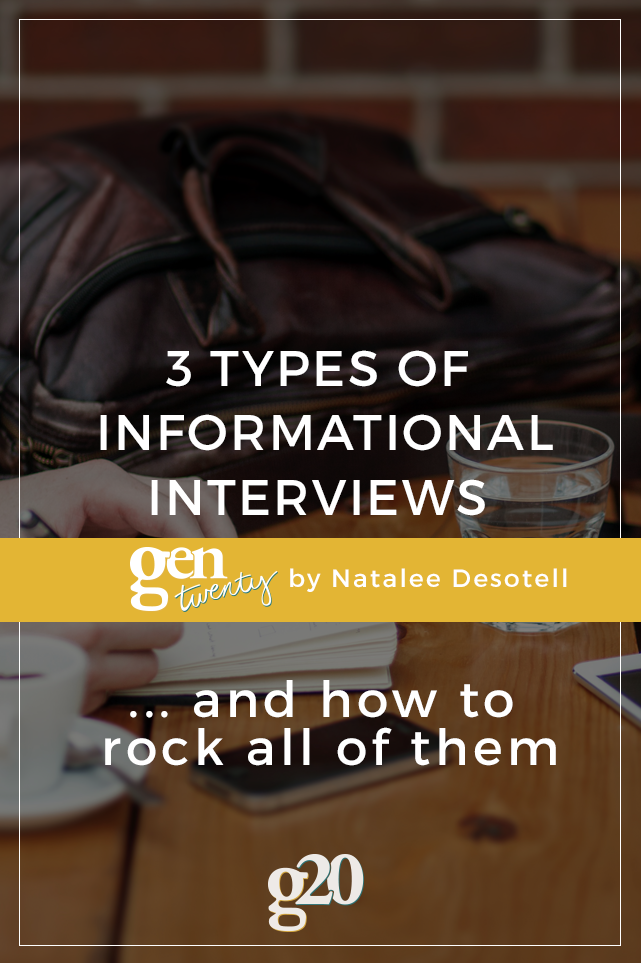 If an informational interview were a shape, it would be an amorphous blob. It’s tricky because it can be anything — it depends on what your goals are, who you’re meeting, and what type of career they have. In any case, one thing remains the same: this interview is in your hands. It’s up to you to design the agenda for the meeting and define what the end-goal is.

When it’s all boiled down, informational interviews come in three basic types: the cold call, the friend or family, and the mutual contact. Here is a run-down of three interviews I’ve done in the past and what I learned from each.

My first-ever informational interview was this kind. I found his name while reading an online article, so I sent him a concise email about who I am, why his job fascinates me, and what I wanted: a meeting. I was elated when he finally replied several weeks later. He easily could have ignored my request, but he was kind enough to set up a meeting with me.

As soon as the date was set, I got to work on our meeting agenda. I started by sifting through long lists of questions to find some some good ones that would get to the heart of why I was interested in his career. I pared it down to a list of about twenty.

We met in a sunny cafe near his office. I was buttoned-up and nervous, he showed up ten minutes late wearing tennis shoes. The interview itself was a bit awkward at first (as it’s bound to be with a person you’ve never met), but I would still call it successful. I walked away with a better knowledge of what someone in his position does each day and a friendly person to contact if I have questions later.

What I wish I had done: I wish I had written more notes. Since it was my first informational interview ever, I was so excited to hear what he had to say that I forgot to write things down for later. What was the name of that organization he suggested looking up? Now I’ll never know.

2) The Friend or Family Interview

If you’re fortunate enough to have friends or family whose work interests you, it would be silly not to tap them for their advice and guidance.

I have several acquaintances from college who have already landed cool-sounding job titles, but I was worried that setting up an informational interview with a peer would be weird. My fears were for naught.

I contacted one friend through Facebook, telling her that I thought her job sounded fascinating and I’d love to buy her a coffee and hear about it. As most recent grads would, she quickly took me up on my offer for free caffeine and suggested we meet up the next day.

I didn’t prepare for this interview at all. After we sat down, over half of our time was spent reminiscing and catching up. When we finally did get around to chatting about her job, I was all ears and no mouth. I don’t know if I asked her a single question. She prattled on about the office drama, how much she detests her boss, and what a joke her hourly wage is. It was more of a coffee date than an informational interview and the fault was all mine.

What I wish I had done: I wish I had prepared. An agenda would have been too formal, but a short list of questions would have served me well. Secondly, I wish I would have asked if we could meet in her office (or perhaps if I could shadow her while she worked). Not only would I have seen the place from the inside, but it would have kept the meeting more professional. 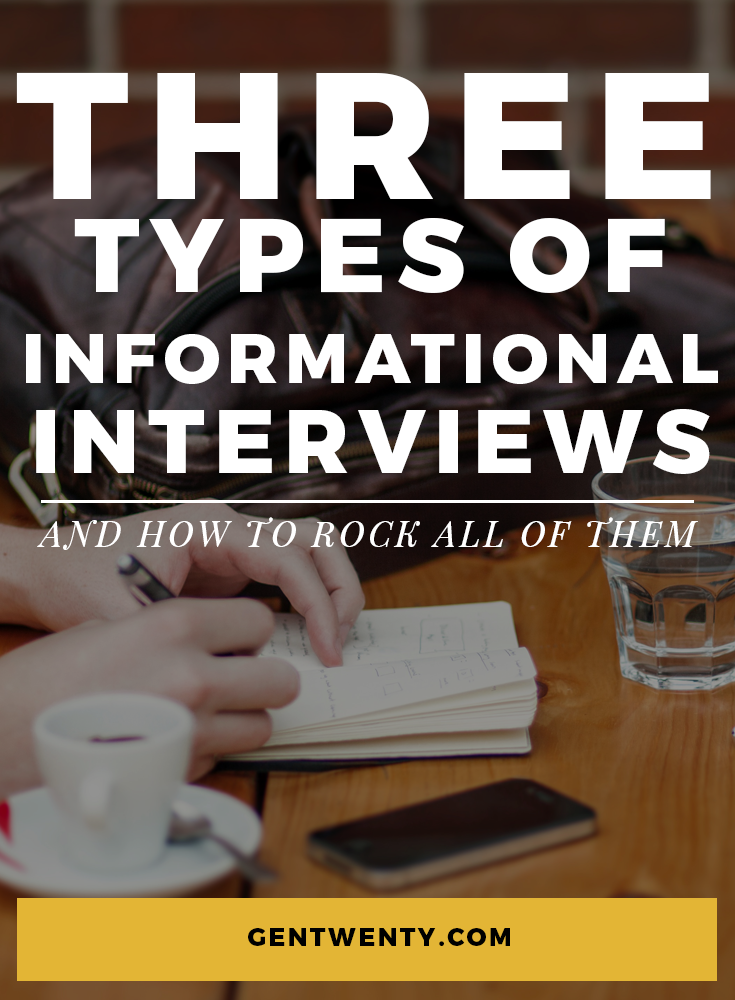 While searching through LinkedIn for people in my city who have my dream job title, I found a woman who had exactly that. Then I noticed something else — we had a LinkedIn contact in common! One of my coworkers knew her from a previous job they had shared. One politely-worded email later, my coworker agreed to pass my information along to her. Within the same day, she emailed me with a list of dates and times she was available to meet.

This meeting is the one I prepared for the most because I didn’t want to disappoint or embarrass my coworker. I arrived early and she invited me into her office promptly at our agreed-upon start time. She was dressed in a suit and her desk was so shiny I could see my face in it. I asked my predetermined questions, jotted down the answers, and tried not to reveal how nervous she made me feel. Our meeting ended exactly thirty minutes from when it had started, sealed with a firm handshake.

What I wish I had done: I wish I had asked my coworker to tell me more about her. Surely, they would have let me know that she is about as austere as they come. I also wish that I would have asked if she knew of anyone else I could contact for a meeting. Maybe I could have met with someone else in her office who I would click with a little better on a personal level.

Each interview was successful in its own way. I have gained invaluable insight into my field by doing these (including the fact that office drama exists everywhere), and have also learned how to make my next interviews even stronger.

Let's take a look back at all the wonderfully delicious reasons we still miss Serena and Blair – and the...