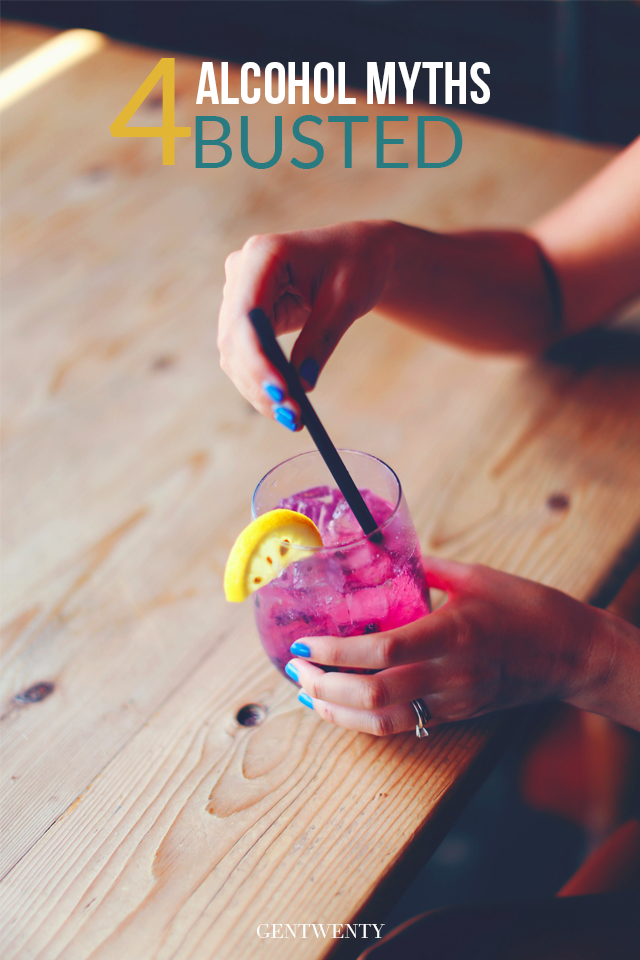 Whether you waited until you were legal or you’ve been a pro since high school, lessons involving alcohol are usually learned the hard way. Many times, we go into our first few experiences with little knowledge of what to expect or of what our limits are.

Not only is safety potentially an issue, but there are a number of myths associated with drinking that should be busted for the class.

If you as a girl are trying to keep up with your male friends at a party, then you are going to be feeling the effects a lot faster. Not only do men typically weigh more, but they have higher quantities of the stomach enzyme called alcohol dehydrogenase, which breaks down the alcohol so not as much enters the blood, according to a TIME Magazine article.

More alcohol in the blood means a higher blood alcohol content (BAC). If your BAC gets too high, you run the risk of liver damage, alcohol poisoning, or even death if you push it too far.

Myth 2: BAC and Tolerance are the same thing.

For a woman who weighs about 150 pounds, three shots (drinks) in an hour puts your BAC is .092, which is above the legal limit in most states, according to Washington State University Alcohol and Drug Counseling, Assessment, and Prevention Services. And that number is the same whether you are a seasoned drinker or not.

Just because you may not be feeling the effects (and may be encouraged to drink more until you do), doesn’t mean that your blood and liver aren’t suffering the consequences.

Myth 3: Mixing alcohol and energy drinks isn’t as bad as people say it is.

Between the occasional Vodka Red Bull or Four Loko, you’ve probably felt the weird effects of the low of alcohol, which is a depressant, and the high of the energy drink–and the crash when things go sour.  According to drugfree.org, a study recently came out that participants that had a drink that contained both alcohol and an energy drink had impaired judgment, but weren’t as aware that they had it.

Myth 4: It’s okay to come back to a drink you’ve left if you’re with people you trust.

Rule number one of partying: once you put a drink down, it’s dead to you, even if you are with people you trust. As if it isn’t scary enough that one in four women get raped while they’re attending college, 90% of victims actually knew their attacker.

While it shouldn’t be your responsibility to protect yourself from offenders and people should just be kind to one another, be safe while you’re out, especially where alcohol is involved. Everyone’s judgment is impaired and things can go south really quickly.

All in all, where alcohol is involved, be safe and be smart. Alcohol can be a fun way to hang out with people, but just keep in mind the potential dangers associated with it.

If you are a twenty-something who has grown up with younger siblings, you're likely familiar with the phrase "monkey see,...