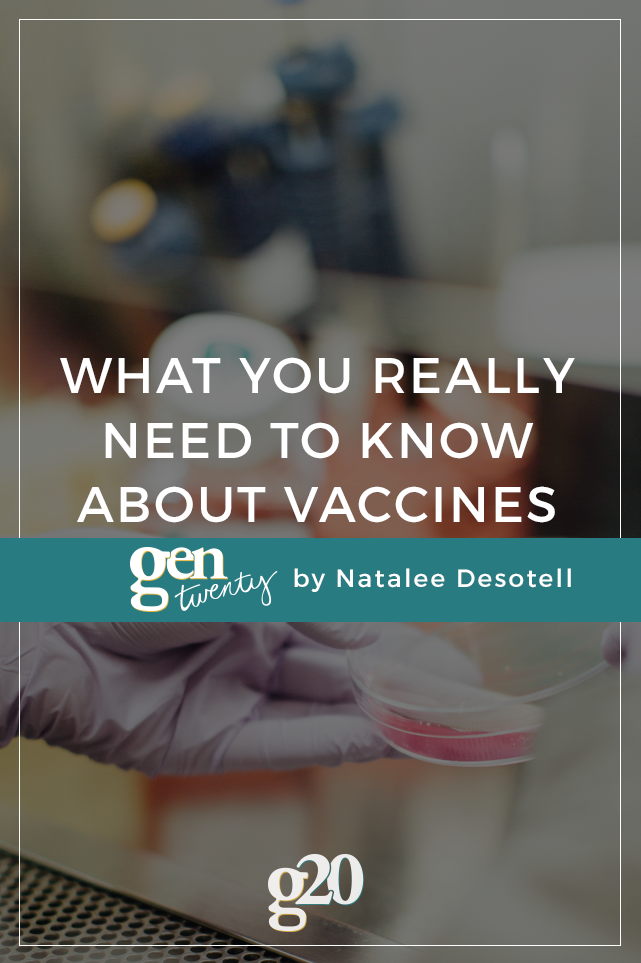 There’s a lot of misinformation out there about vaccines. It can be tough to separate the facts from the nonsense without a master’s degree in virology. We may take them for granted now, but the reality is that vaccines are a genius technology that harnesses the power of the immune system.

Like Zazu from The Lion King, your immune system is a true ride or die who never gets due credit. Throughout your life, its one goal is to protect you from harm. Millions of white blood cells circulate around your body all the time, keeping an eye out for something that isn’t quite right. They live by the mantra “if you see something, say something”.

If they spot an invader, your white cells are ready to throw down. They begin to produce more white blood cells that recognize this particular invader, and they launch antibodies which aid in the killing of the germ cells.

Once the infection clears, your immune system goes back to business as usual. But not before stowing away some souvenirs: the aptly named memory cells. Memory cells are watchdogs that will alert the rest of your immune system if that pathogen ever makes another appearance. They never relinquish a grudge.

If you encounter the same pathogen again, the memory cells will alert the rest of your immune system and spur it to mount an attack more quickly and robustly than the first time. Sometimes, the response is so efficient that you never get sick at all.

A vaccine is a way to bypass the middle part of this process — the part where you actually get sick. Instead of waiting for that first natural infection, a vaccine introduces the pathogen to your body in a controlled way. This lets your body build a supply of those antibodies and memory cells to save for later. That way, if you ever do encounter the pathogen in the natural world, you already have an arsenal to mount an efficient attack.

Vaccines sound a little scary once you realize that they inject a virus directly into your body. However, vaccines contain weakened, killed, or partial viruses which cannot cause infection in a person with average immunity. For example, the chickenpox vaccine contains a live-attenuated (extremely weakened) virus and the Polio shot uses a killed virus.

Aside from the weakened or inactive virus, other ingredients are necessary to ensure the vaccine works as needed. Sometimes people are also concerned about these other ingredients because they don’t sound harmless. For example, some vaccines contain formaldehyde or aluminum. It’s fair to worry, but let’s talk about them both before you cancel your flu shot appointment.

Aluminum is in vaccines because it helps the immune system react to a smaller amount of virus, meaning the vaccines can be less potent or even require fewer doses. Aluminum is in the food we eat, and it has been shown that immunized infants do not have higher levels of aluminum in their blood than non-immunized babies.

The elephant in the room in this discussion, of course, is the supposed link between autism and the MMR vaccine. In 1998, a paper published in a respected journal claimed to have found this link. However, that paper was based on pseudoscience and was later retracted. The author still has a following in some circles. And these people make a lot of noise in the media (side eye at Jim Carrey and Jenny McCarthy), but their claims are unsubstantiated.

The most important reason to get vaccinated is because of herd immunity. In simple terms, when immunization rates are high, herd immunity protects people who are at an especially high risk of illness. This includes infants who are too young for vaccinations, older adults at risk of serious disease, people who are immunocompromised, or people who are allergic to vaccine ingredients. If a large percentage of a community (say, 90 percent) is vaccinated, then the chances of an infected person running into one of these unprotected people are pretty slim.

Vaccines are important for your own health. By helping you avoid actual infection, a vaccine prevents you from suffering the actual effects of illness. A poke in the arm is a lot better than paralyzation (polio), brain swelling (measles), or lockjaw (tetanus). Vaccines also protect travelers to areas with pathogens that they haven’t been exposed to before (i.e., have no prepared immune response for), like malaria if you’re from the United States.

The vaccines recommended for you will depend on your age, sex, and even your location. To find out if you’re up-to-date on your vaccines, contact your doctor. If you do not have a regular doctor or health insurance and you live in the United States, you can still get vaccinated at federally-funded health centers where payment is based on income.

Now is not the time to misunderstand or mistrust the vaccines that keep us healthy. Without vaccines, we would still see many cases of diseases that were once common (and sometimes deadly) in the United States, like polio or measles. We’ve been safe in the United States from these viruses for a long time (thanks, vaccines!), so we tend to forget that they are still a real threat. Polio is not eradicated from the globe, yet, and measles is still a leading cause of death in young children. In 2018, let’s quit taking our vaccines for granted.

How I Celebrate Greek Easter

Here's a glimpse into how my family and I celebrate Greek Easter.