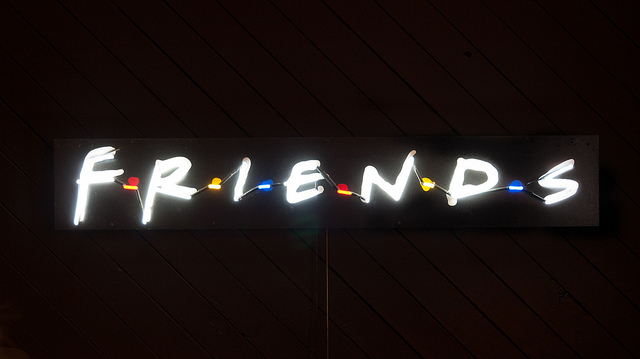 As a twenty-something, I loved growing up in the 90s. In a world full of beanie babies and VHS tapes, the 90s held some of the greatest and most remembered things, including T.V. shows. One of the television shows I believe to be most influential in the 90s and even today is Friends If you’ve never seen the show, although most have, you’ve probably heard of the antics of the six friends trying to live and succeed in New York City. Even though the show was very entertaining to audiences, I also believe there is a lot that can be learned from the show and it’s characters.

Rachel Green – Becoming an independent adult is hard, but you can do it.
When Rachel is first introduced, she is fleeing an almost marriage with a man she doesn’t love. She is a Daddy’s girl who is spoiled by still living on her Dad’s credit cards. She has never had a job and never done laundry, but she wants to change that and become independent. The transition for her is hard, but throughout the seasons you see her grow from a coffee shop waitress to a buyer at Ralph Lauren. Yes, she struggled, as we all will, but she did it … and so can you.

Joey Tribbiani – A ladies many can have a big heart too.
Joey is famous for his line of, “how you doin’?” to pick up his many girlfriends throughout the season. While he does date a lot of girls, he is one of the most loving and caring characters on the show. He hates to hurt anyone’s feelings and has good intentions when it comes to his friends, and when he finally does fall in love, he does it with his whole heart. He proves that you can’t always judge a book by it’s cover; not all guys are like that one jerk we all know.

Phoebe Buffay – It’s okay to be yourself.
Phoebe is the quirky one of the group. She works as a masseuse and writes and sings her own songs, although not very well. Her most famous song is “Smelly Cat,” and while people may not like her songs or her singing, she really doesn’t care. She can be brutally honest and doesn’t like to sugar coat things, but truthfully she just knows who she is an isn’t changing for anyone and her friends love her for it. She proves that it’s okay to be who you are, the ones who matter will love you for you.

Monica Geller – Every group of friends needs a ‘Mom’.
Monica is like the Mom that keeps this group of friends in line. She is a neat freak, a perfectionist, and at times a little bossy. She makes sure everyone is doing what they’re supposed to be doing and that they never forget to use a coaster. She is the one who holds the group together, and even though she can be a little uptight she is the one that everyone runs to for help and advice. She proves that even though you can have fun with your friends, sometimes you need someone who is always there to listen but can still set you straight, just like Mom.

Ross Geller – Embrace your inner nerd.
Ross is extremely smart. Working as a professor and a paleontologist, he has a good amount of random knowledge he likes to share with anyone who will listen. He knows not everybody finds his facts as interesting or his dinosaur jokes as funny as he does, but he is so passionate about it that he can’t help it. His friends may make fun of him, but never seriously, they actually find it endearing. He shows us that if you love something or you’re good at it, go for it and embrace it; there’s no telling where it may take you.

Chandler Bing – Don’t take life too seriously.
Chandler is the jokester of the group. He is known for his jokes or pranks that can always get a laugh, no matter how cheesy or out there they may be. You never know what is he going to do next, which is one reason why he is so adored. He doesn’t just tell jokes to get people laughing, he doesn’t like conflict or awkward situations so he always tries to lighten the mood. He likes to have a good time and likes to help everyone do the same. He shows us that while life can be serious, we should enjoy the little things and always remember to laugh.

As you can see, Friends and it’s characters has so much to bring to the table. And although in they show they were a little older, they still went through a lit of the same situations we’re facing as twenty-somethings, including moving somewhere new, finding a job, dealing with money, and understanding relationships. If you’ve never seen the show I encourage you to check out some reruns, you’ll be glad you did. 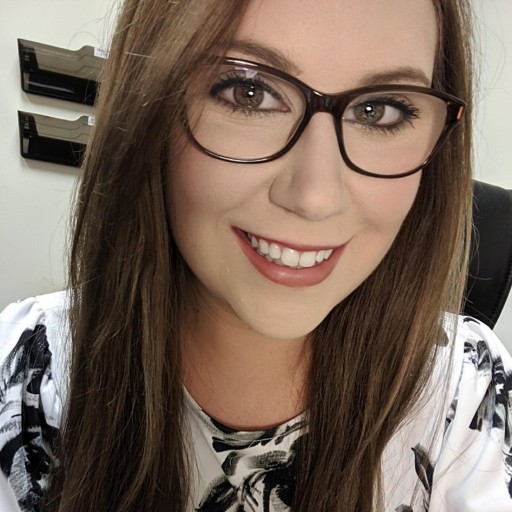 Maggie is a 2014 graduate of Wingate University where she received a B.S. in Communications with an emphasis in Media and Journalism. She enjoys binging Netflix documentaries, exploring new places, and will never turn down a good book. She hopes to establish herself in a career that allows her to help others. In her free time, Maggie can be found writing or adventuring with her two dogs.

Why You Need to Buy Experiences, Not Things

In the consumer-driven culture we live in, it can be difficult to understand that there are things in life that...