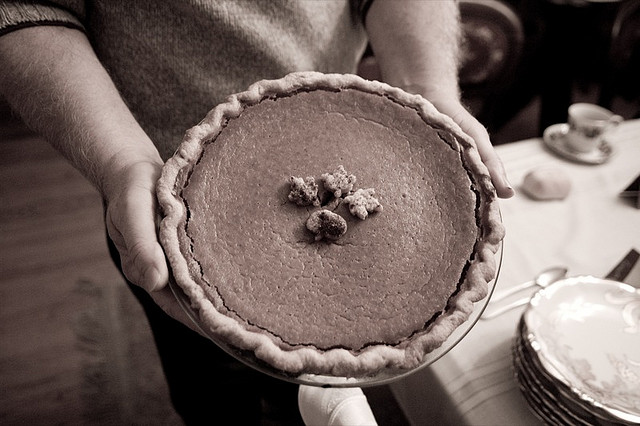 For the past 390 years (give or take), Americans have gathered around tables with their loved ones to feast on delicious food. Over the years, Thanksgiving has developed into a holiday of thanks and blessing, while filling yourself with turkey, pumpkin pie, cranberries, and stuffing. But Thanksgiving wasn’t always about the family and the food.

In 1621, the Plymouth colonists and Wampanoag Indians shared in a harvest feast that is today known as the first Thanksgiving. The feast was to celebrate the first successful harvest in Plymouth since the Mayflower docked in 1620. The feast  lasted for three days and it is speculated that they dined on deer, using mainly Native American cooking methods.  The second “Thanksgiving” did not come until 1623. I don’t know about you, but waiting two years to have another feast like that would feel like torture to me. This time the pilgrims held this Thanksgiving for the end of a long drought. In the following years, having a Thanksgiving feast became a tradition among the New England settlers and in 1789, President George Washington gave the first Thanksgiving proclamation, in which he told American citizens to give thanks for the end of the war of independence and the ratification of the Constitution.

But states didn’t begin to official recognize Thanksgiving until 1817 when New York finally officially adopted the Thanksgiving tradition, with other states quickly following in their footsteps. But the states didn’t communicate very well and they each had the holiday on a different day while the South remained pretty unfamiliar with the holiday. But, famous nursery rhyme author Sarah Josphea Hale (“Mary Had A Little Lamb”) campaigned for Thanksgiving to be a national holiday and continued campaigning for thirty-six years until President Lincoln (at the climax of the Civil War) scheduled Thanksgiving for the final Thursday in November so Americans could ask God to “heal the wounds of a broken nation.”  It was celebrated in this fashion until 1939 when President Franklin D. Roosevelt moved the holiday up a week to stir up retail sales during The Great Depression. How handy is it that a President can just change a holiday in time of crisis? But, of course, this move was met with opposition and President Roosevelt was forced to sign a bill returning Thanksgiving to the fourth Thursday in November.

The Macy’s Thanksgiving Day Parade didn’t begin until 1924 when the Macy’s employees (who were mostly immigrants) wanted to celebrate their new American heritage the way their ancestors did in Europe: festival style. Employees and professional entertainers marched in the first parade and, certainly, Santa Clause brought up the tail end of the parade.

Thanksgiving traditions now vary widely from what our ancestors did back in 1621 but the central theme of the holiday remains the same: giving thanks for what we are most grateful for – our family, friends, good health, and good weather.

What are you most thankful for this Thanksgiving?

Can men and women really just be friends?