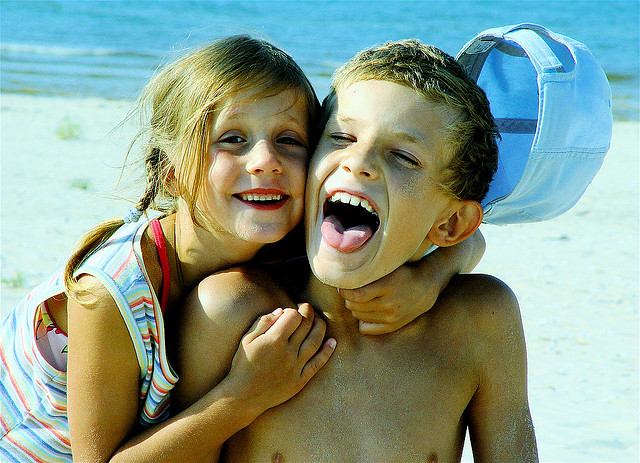 Nearly every twenty-something has heard about the correlation between birth order and personality, whether it was from a high school or college-level psychology course or an article online or in a journal.

You know the drill: first-borns are adults in miniature form, often taking on loads of responsibilities and drawn to leadership positions; middle children are social and outgoing, mostly to make up for how ignored they feel at home; babies of the family are crazy party people who can get away with anything and everything; only children are lone wolves who are used to getting all of the attention from everyone. But those are all stereotypes, with a myriad amount of exceptions to every rule. And while I can’t vouch for every position of the birth order scheme, I can make a case for the oldest child.

Being the oldest child really does kind of suck. For one, you tend to be the guinea pig of the family. Your parents have never had kids before and have a tendency to treat you like you might break. PG-13 movies are off limits until you’re at least 16, curfew is at 4:00 pm sharp, and dating is absolutely unacceptable forever. No dating ever!!! Seriously.

But it’s not that they’re out to ruin your life, it’s just that your parents don’t exactly know what to expect.  Maybe they remember what it was like when they were kids, and there were certain things they think they were exposed to too early. Or maybe they look around and see a world filled with nasty, scary, unexpected shit, and rather than toss you out into that, they’d like to keep you close for as long as possible. PG-13 movies can be filled with some raunchy, inappropriate stuff; unsavory characters can be found out and about during the night, ready to mug you, stab you, rape you, or kill you if you aren’t careful.

And we all know that there are cruel, reckless, manipulative people in the world, some of which you may fall in love with only to have your heart laid to waste later. While your parents may take their level of control a bit far at times, they’re trying more than anything to watch out for you. When your siblings get older, your parents will more than likely remember how you were able to make it through every situation and anticipate that your siblings will be able to do the same.

Perhaps more nerve-wracking than the scrutiny from your parents is the way your younger siblings have a tendency to look up to you, even if they’ll never really admit it. Nobody wants to be that sister or that brother, the eldest child who’s 29 years old and working part-time in a diner, just barely scraping by while getting hammered every Tuesday night on cheap vodka and Dr. Pepper.

I’m willing to say that every oldest child wants to be the one to do something or be someone. We want to get good grades in grade school, middle school, high school, college, everything. We want to always be dressed nicely and look good and be polite and decently sociable. We want to be the kind of person our younger siblings can brag about to people—for them to say, “My big brother just got a job at the biggest law firm in the city, and he proposed to his girlfriend with a huge diamond ring”, or “My big sister got A’s in all her med school classes last semester while studying abroad in Paris, and now her self-published book is on Amazon’s best-seller list.”

More than that though, we want to be someone they can look up to and aspire to be like. Yes, being bragged about is great, but being a role model is the best. There are tons of celebrities that make crappy role models, and we want our younger siblings to have someone to look up to who is successful and relatable. Who can be more relatable than someone you’re related to, who lived in the same house as you, who you ate dinner with, and played with? We want to love our life and do all the things we’ve always wanted to do, but we want to do it all with style, grace, and class.

We want to prove to our little brothers and sisters that sometimes it pays to take risks and think outside the box, and that we’re all capable of being successful, happy people.

Eldest children put enough pressure on themselves, but sometimes it doesn’t compare to the expectations set by our family.  If we fail we don’t let only ourselves down—we let our parents and siblings down too. But if we succeed….

I can only speak for the oldest children though.  But what do you think?  If you’re a middle, youngest, or only child, let your thoughts be heard in the comments below!  Or if you too are an oldest child, share your experience.

The Power of Giving Back to Your Community

Throughout our lives, from childhood to adulthood, community is an essential part of everyday existence. Sometimes we don’t see or...