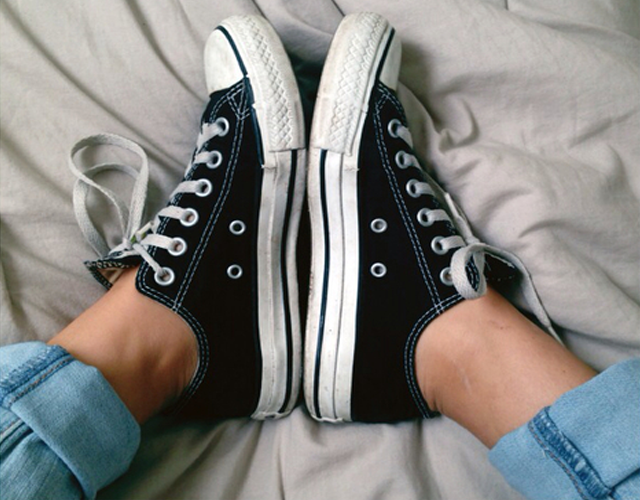 There are many sayings in our culture that share the same meaning: “put yourself in their shoes,” “look at the situation through someone else’s eyes,” or even “one man’s trash is another’s treasure.” We’ve all heard these (and others like them) so many times, they go right over our heads and are quickly forgotten.

But they shouldn’t be.

In whatever the situation, seeing someone else’s side is not only necessary to move forward in the conversation or argument you are having with this person, but also necessary to move forward in life. If you only consider your own feelings and perspective, you’re leaving out the other seven billion people on this planet and missing out on seven billion other stories.

Every single person on this great rock we call home has lived a different life. Even identical twins who grew up in the same household are going to have different life experiences that give them differing perspectives on events, thoughts, arguments, people, religious beliefs – anything and everything. All that someone has dealt with in their life has lead up to this moment where you are facing them and forced to make a decision between staying stubborn in your own thoughts and forever having this issue with this person, or being empathetic to their side of the story and building rather than destroying.

So how do you do this?

1. Don’t take everything personally. Odds are they have a lot more going on in their life and you’re the most superficial of their problems. You may just be the easy target. I know this might be hard to think about while they’re arguing with you, but responding with equal anger isn’t helpful. Instead of matching their level of negative energy, stay calm as to not create more problems for you or this person.

2. But also think about what you might’ve done to make them upset. Sure, it may still not be entirely personal, but that doesn’t mean you are without responsibility. Ask them what their direct problem is with you (in the nicest way possible) and what you can do to help them fix it. This shows that you are open to personal growth and, you never know, they might point something out about you that you had never realized before.

3. Be kind and respectful. Do your best to make the person see that you’re trying to understand and support them. Attacking someone or being on the offense isn’t helpful to anyone. Hopefully, they’ll take the same calm and patient path you do and any arguments will turn into intelligent conversations that further both party’s understanding of the problem.

4. Know when to bring in a third party. Sometimes an issue is just too big to be handled by two competing people; just be sure that, whoever you bring in, they are a neutral party. The last thing you want is for the person you’re arguing with to feel they’re being ganged up on. Bring someone in who knows you both equally or has equal say in your fates. If you’re at work, don’t bring in your boss if they’re not their boss, too. Bring in an equal co-worker, a mutual friend, or even someone who doesn’t know either of you very well at all (I mean, don’t bring in someone random off the street, but if you’re having a problem with your roommate, your RA might be a good person to talk to).

5. Know that some arguments are not worth it. If you have tried everything and the argument isn’t moving forward or if you feel emotionally or physically threatened at all, you have every right to walk away. You don’t owe them anything, including your time and energy, if they’re not willing to work with you. Give yourself some time and space away from them (maybe infinite), until they come to you and are willing to talk things through calmly. Even while considering someone else’s perspective, it’s possible those perspectives are flawed and there are certain things that should not be excused for the sake of understanding; your safety is one of them.

I’ve always liked to think that there are two sides to every story and that most people deserve a second chance. In most situations, this is true and should be recognized as much as possible.

Everyone is coming from a different place in their life, even you, so people aren’t always going to see eye-to-eye about everything. Make sure you hear someone out before coming in with your own issues and really listen to what they’re saying. You might be able to help each other, instead of fighting with each other.

We've all acquired a fair amount of bad advice throughout the years: "Wait three days to return his text," "Don't wear white...