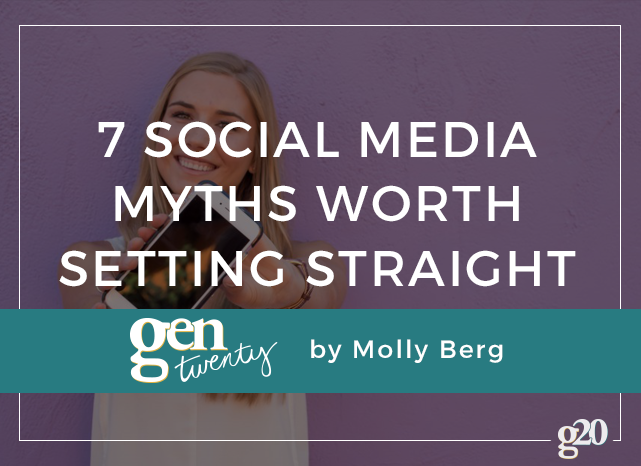 Social media can be a great space for twenty-somethings. After all, we grew up with MySpace, Xanga, and LiveJournal before they we’re “cool.”

Social media gives us space to create blogs, develop portfolios, and network with professionals in other parts of the world. Seriously, what’s not to love?

However, even though social media use is becoming more commonplace, several myths persist about it. For as much information there is on social media, there is at least twice as much misinformation.

For as much information there is on social media, there is at least twice as much misinformation.

Below we break down some of the bigger myths about social media and give the real truth behind them:

1. That privacy can always be maintained on social media.

The idea of “privacy” on the Internet is nothing but a comfort blanket. While there are steps to make Internet banking and online shopping more secure, privacy is hard to maintain online.

Even more, once we post something on social media, other users have opportunities to take screenshots. Meaning that even if we delete something, someone else can still have it saved somewhere.

Social media sites themselves also keep a record of what we’ve deleted. Facebook lets us download a copy of our data, which includes images and post we think are long gone. Once something goes up on the Internet, it’s very hard to make it fully disappear.

2. That the government is constantly watching us.

While the government does have the tools to look at online data, chances are they are not watching each and every one of us. That’s simply too much information to look at. It also is inefficient because many of us use social media for entertainment purposes. Government surveillance does happen, but odds are that it isn’t currently happening to us.

3. That we have to pay for our existing social networking sites.

There have been several iterations of this– where someone will make up a message that Facebook will charge for membership. The only way to supposedly get out of it is to share a message on our timeline that we’re not interested in the fee.

For now, many social networking sites will remain free. If those messages appear on our dashboards, they’re fake.

4. That only millennials are on social media.

It’s true that many of us grew up with social networking sites and feel comfortable with them. However, billions of people are now on these sites. It’s not just teenagers and twenty-somethings who know how to use them.

Social media has a widespread appeal, so people of all ages have accounts. Age isn’t a determinant when it comes to how social media is used.

5. That people on the Internet have one unified voice.

If there’s backlash against something on social media, that’s probably not how all people feel. In fact, Internet and social media users are so diverse that it is impossible to have one thing make everyone happy.

If we have a post that goes viral, many people may like it, but there may still be detractors. It’s just not feasible to please everyone who reads our work online.

6. That something can easily go viral.

There have been several studies looking at what makes a viral video. A lot of times people want something shareable that is unique or funny. However, there isn’t an exact formula for it.

We can’t post something and expect it to go viral, unless we’re some kind of major celebrity. Social media is enjoyable, but also unpredictable. Don’t post something with the expectation that it will go viral.

7. That there’s no point in getting on social networking sites because they’ll change.

All social networking sites are relatively young. Facebook is one of the oldest and was created in 2004. Some may say that it’s not worth getting on these sites because new sites will emerge within the next five years.

While new social media will appear, many sites like Facebook, Twitter and Instagram have been around for several years. They are unlikely to die out in that amount of time. It’s better to join and have conversations on social media, instead of missing out on potential opportunities.

Discussion: What are some myths about social media you’d like to de-bunk? 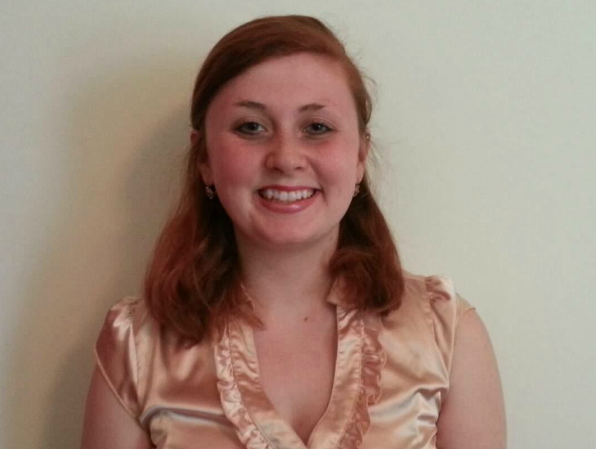 Kill Your FOMO: Embrace Missing Out

We're all afraid of missing out, but is that fear making us miss the best thing of all?