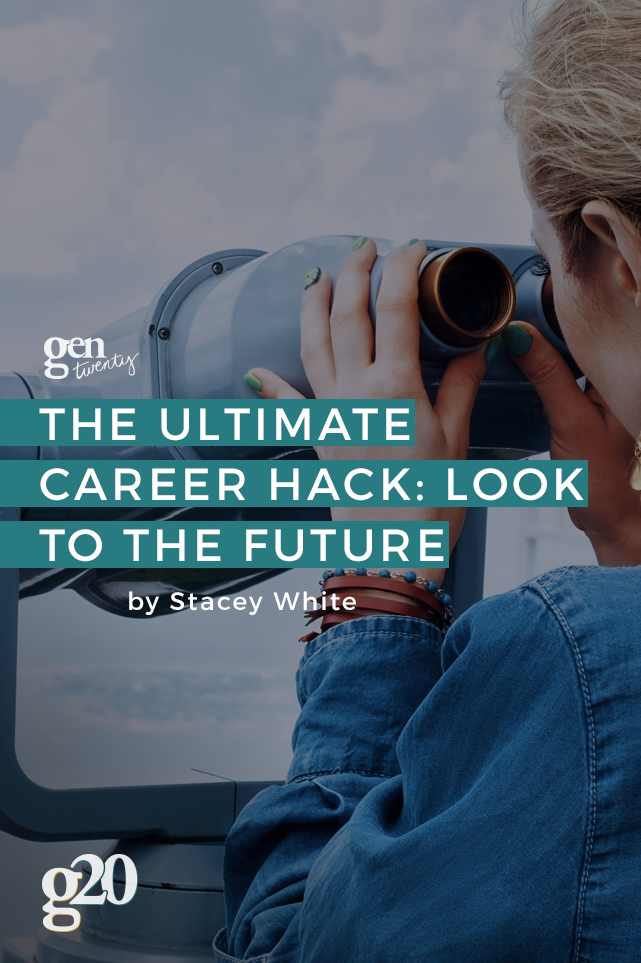 Trying to meet the expectations of a modern worker can be difficult; looking to exceed them can seem like too daunting a task to contemplate.

There are many people out there in the workforce who, while they might be satisfied in their current position, know that it’s not where they want to be forever. However, managing work, life, and other responsibilities mean there’s not a lot of time left over to start thinking about how you’ll take your career to the next level.

This is small thinking: to hit the heights you know you’re capable of, you need to be looking into the future, and seeing how you can shape your career path.

Below, we take a look at six ways you can make sure you’re not left behind.

1. One for the Future

To begin with, you need to make sure that your job – maybe even your industry – will still be around in the future. If it’s not, then it doesn’t matter what you do, because there’ll be no upward moves to make.

The experts are predicting that as many as 50% of jobs might be lost in the next couple of decades. And what might cause such a dramatic loss of employment, you ask? It’s all down to automation, or robots, as it’s also known.

There is an extensive list of jobs that are at high risk, but on the other hand, there are many are intended to grow significantly, such as healthcare jobs. If you’re in the right industry, then you’ll already be one for the future.

2. See Where Your Industry Is Going

There are few, if not no, industries that stay static for too long. Everything is always motion, especially as new technologies and ways of operating are always improving.

The trick is to see where your industry is going, and then make sure that you’re working in the areas that will be even more important in the future.

This information isn’t always readily available and is even less widely known, but it is out there if you know where to look.

Consider subscribing to industry magazines and attending conferences. This is how you’ll discover which companies are moving the industry forward – and it might be worthwhile making a sideways step to work within one of the companies who is looking to the future.

You can plan for the future by increasing your skillset today. While not every career can be significantly improved just by returning to the books and getting another degree, some call out for it and can make a big difference to a person’s paycheck.

By obtaining a masters degree in your field, you will be making yourself up to 15% more likely to find full-time work in a job of your choosing.

In other areas, further education can make an even more significant impact. A nurse will make around $60,000 a year, but if they become a Doctor of Nursing Practice, then that figure almost doubles.

Have a look at what’s available, and speak to other people in your workplace who are in the positions that you want to have, to see what qualifications they acquired before landing the role.

It’s also worth remembering that the workplace is about to transition through change unlike it’s seen since the industrial revolution.

Working culture is about to shift to become more fluid, more open to new ideas. Borders and other barriers are unlikely to be significant factors soon. This will open up much more possibilities for workers to pursue opportunities that they might not have had access to in the past.

If you can take advantage of these options while they’re still in their infancy, you’ll be presented with career leaps that otherwise wouldn’t be possible.

5. Remember That You’re in Control

Many workers get into the habit of believing that it is their employer who will determine when and where they’re able to progress, but this is not the case. In fact, being loyal to one company might do more harm than good.

Remember that you’re in control of your career and that nobody is going just to give you a promotion. Think ahead, and make a plan for where you want to be in 5, 10, and 15 years from now. If it’s written down and you have a plan for the future, you’ll be more open to seizing opportunities as they arise.

The future isn’t written, yet, but it will be, so make sure you’re one of the people who write it.

How To Encourage Your Friends & Family to #BeGreatOutThere

Kind words, a little dose of encouragement, and simply letting people know you are there for them goes a long...