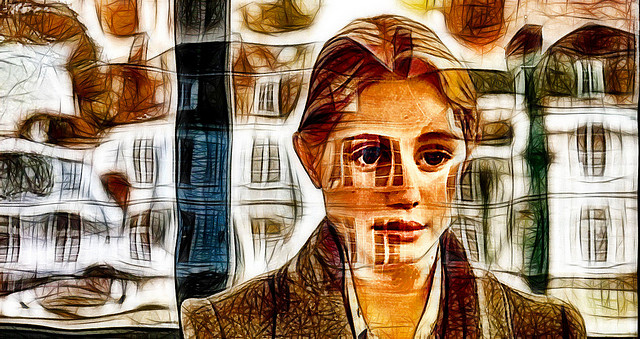 Published in 1847, Emily Brontë’s sole novel “Wuthering Heights” has since become a literary classic.  Whether you’ve encountered the stormy relationship of Heathcliff and Catherine in a literature class or have read the novel at leisure, it’s no doubt been memorable for its portrayal of love and revenge.  However, there’s much more to be learned from the novel besides those two themes.

Learn to Take Care of Yourself
The weather at Wuthering Heights is dreary and miserable, with rain or snow storms happening pretty regularly.  This isn’t a big deal unless you’re not properly dressed, which is the case with certain characters of this book.  The lesson here: learn to dress appropriately and take care of yourself!

This latter point is driven home by the fact that children at Wuthering Heights have an especially difficult time surviving. It’s a cutthroat environment where parents are prone to shaking their children and dropping them over staircase banisters. This is unacceptable behavior but emphasizes how important it is to be able to care for oneself. Sometimes life can be difficult, but the least you can do is make your own health and happiness a priority.

Take Everything in Stride
One thing that readers are quick to point out is that a lot of really weird stuff happens in “Wuthering Heights.”  This book includes everything from attacks by rabid dogs and cats being hung from trees to people throwing rocks and waking up from dreams to find ghosts scratching at the windows. Nobody in the book itself though appears to take notice of how strange everything is.

Accepting random acts of violence as part of your daily routine is not recommended.  However, as disturbed as the inhabitants of Wuthering Heights can sometimes be, they don’t allow such strange events to get in their way. Weird things happen and everyone moves on. Going with the flow and not getting hung up over a few mishaps is an excellent philosophy to keep in mind.

Catherine Earnshaw Linton is Your New Idol
“Wuthering Heights” is arguably one of the best examples of a traditional Gothic novel, which were all the rage back in the 1800s.  However, prior to Brontë’s foray into literature there were only two types of women found in a Gothic novel: the perfect maiden and the femme fatale.  Young, innocent, and a virgin pure in body and mind, the perfect maiden could suffer everything yet wish with her dying breath for everyone she’s ever known to know nothing but peace, happiness, rainbows and sunshine.  Meanwhile, the femme fatale was a passionate and pitiless woman who indulged her every desire and paid for it by being locked away in a tower and left to starve to death.  No woman wanted to be the femme fatale, but neither could they live up to the impossible standards set by the perfect maiden.

Enter Catherine. For her, Brontë took elements from both the perfect maiden and the femme fatale to create a new kind of heroine.  Catherine is beautiful and strong-willed, light-hearted and fierce. Most important and impressive though is how well she knows herself.  She’s one of the first female characters to be self-aware and able to think constructively for herself about how she feels and what she wants.

When life gets to be difficult it’s not uncommon for people to seek out advice, whether it’s from friends and family or found online.  Some of the best advice though comes from books, be they self-help or fictional. Next time you’re indulging in the latest best-seller take a moment to look for new lessons hiding within the pages.

No matter what holiday you celebrate, December is a month rife with temptations. This holiday season, remember that when...