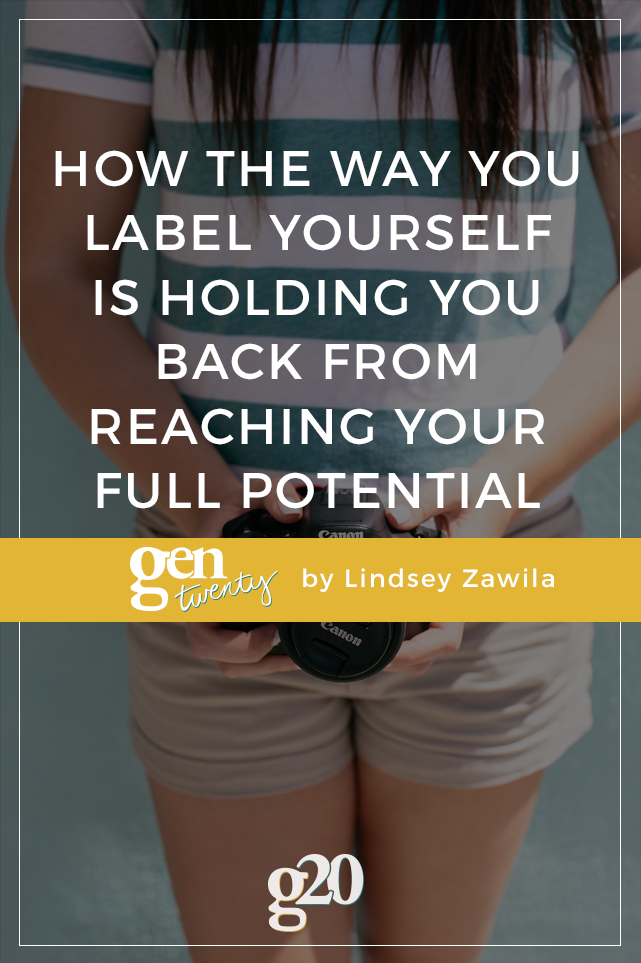 Sometimes, I wonder how other people perceive me.

It’s not that I want their approval. I just wonder how they label me.

My opinion of myself is quite simple. I don’t think I’m particularly smart or attractive, or that I’m especially special. I know I grew up differently than most people, and I’m more cultured and diverse than most of my peers. I’ve met very few other people that lived in three or four countries before they were ten years old.

So I just live by my own rhythm. I don’t fit into society’s labels, so I’ve been making my own identity from an early age.

In a sociology class, we discussed labeling theory. This is where the labels given to people by society influences their behavior. They subconsciously conform to the labels arbitrated to them. This was a sociology class about crime, and their example was how child acts out once and is subsequently labelled a “problem child.” The child continues the expected “problem” behaviors, which can escalate into delinquency and even criminal activities.

The child isn’t actually a criminal, but the expectation of acting out from that one circumstance leads them to conform to the identity.

This is a more extreme example, though I argue labeling theory applies to all labels and even identities we give ourselves. Ramit Sethi described a similar phenomenon when he argued that our lives are dictated by invisible scripts. Labels and identities have “invisible scripts” that dictate our behavior, and also hold us back.

This was also a result of business frats keeping business students together, and engineering kids being required to work in groups in their engineering classes. Though sororities and fraternities arguably crossed those boundaries by bringing different majors together. However, I knew there was one frat that had primarily policy students, such as political science and public relations majors.

These divisions created labels and identities that inhibit us.

For instance, my liberal arts peers tried to avoid math and science at all costs. Numbers and equations apparently weren’t for liberal arts students. Meanwhile, my business peers despised literature, or reading for fun. The engineers are amazing at solving problems, but aren’t good communicators or writers.

Take Exhibit A: Me.

I was a liberal arts student, but I took physics in high school and I learned basic computer coding in college. I can Photoshop and edit movies as well. I’m definitely not as good at physics or code as the engineers, and graphic designers can definitely Photoshop better than me. But I understand the basic principles. When working with them, I know what they need, understand what they can do, and they can effectively talk to me about their work.

But I know I’m not like everyone. Many people stay within their labels and identities.

Are these dislikes and expectations built into our identities, or are we actually making that choice?

I know I’m a bit of an oddball. I never fit into any group. I’ve had to define my own identity for most of my life, allowing me to cross boundaries and learn from different fields.

I don’t know many other liberal arts majors that can code at all, and I know very few other fellow Photoshoppers. My international relations background helps with symbolic references in graphic designs. I find myself using computer coding principles to approach social science problems. My basic knowledge of physics helps me understand nuclear energy concepts in international relations.

The greatest gift from crossing boundaries, rejecting labels and shedding identities is the new perspectives and new ways of thinking.

I’ve learned that a surprising amount of knowledge from my different labels and identities is transferable.

If I had to guess how others would label me, they would include “smart,” “educated,” “athletic,” and “cultured.” Some may describe me as “pretty”. Others may describe me as “klutzy.” Then there are the less-flattering labels I won’t repeat that I’m sure some people have for me.

In the end, labels never paint the entire picture.

My lesser-known labels include being a “gamer girl.” Many are surprised that girls can play video games, and it’s even more fun when I beat the boys. But it’s usually surprising that I’m also “crafty.” No one expects a gamer girl to be able to knit and sew.

Don’t let your identity hold you back.

You choose the rhythm you live by.

You choose the rhythm you live by.

Long travel days are hard--they make you tired, hungry, grumpy, and they test your patience. Here are 3 tips to...