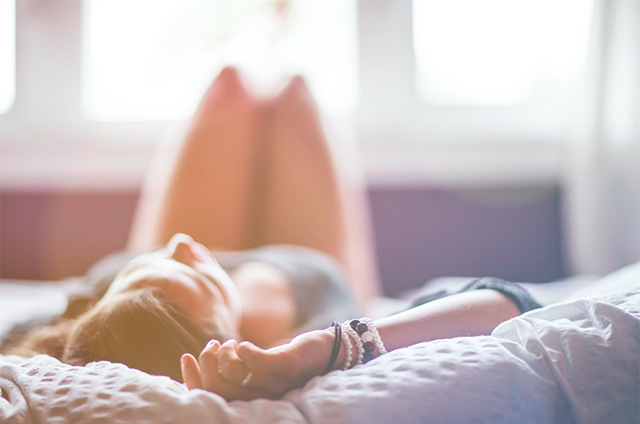 It was 10 p.m. on a Friday night. I was being driven home by an acquaintance and I was on the verge of tears. Despite having to concentrate on the road, the driver, George, knew there was something wrong, and kept stealing surreptitious glances in my direction while making desperate attempts at hearty conversation.

I had barely known this guy for a year, and our hang-outs typically involved groups of 10+ people, bar stools, and superficial chats. Sure, we’d had more personal conversations – but they’d always been “safe.” Never something that cut to the heart of who I was, or revealed the flaws that I was so afraid to show.

How could I possibly explain why I felt disappointed and mortified after what had appeared to be a fun night? How could I put into words that the party we just left had been like every single one I’d ever been to, and I could never seem to change that fate? How could I possibly finally confess to someone that I had raging Social Anxiety and a casual bonfire like the one we’d just left was excruciating for me?

I continued to stare out the window, blinking back tears and dreaming of my bed and bookshelves back home.

Unexpectedly, George broke the silence: “Um, you know, you don’t have to tell me if you don’t want to, but if there’s something wrong we can talk about it.” Again, he glanced furtively in my direction. I could tell he felt awkward but wanted to help. “Y’know, only if you want to…”

This was not a typical moment for me. Oftentimes others could tell that there was something wrong, but they didn’t care to ask. I took pains to make everything look put-together on the outside, so if ever there was a crack in the armor, it was easy for people to look the other way. Rarely did anyone bother to compassionately ask for the truth like George just did.

I opened my mouth to spout my weary and overused line: “No, it’s fine, really! I’m just tired.” In other words, “I feel embarrassed that I can’t go to a party like normal people. I don’t know what to do. Everyone would laugh at me if they knew I had Social Anxiety. There’s something wrong with me.”

But something clicked: Was this really the way I wanted to spend the rest of my life? Keeping the worst and the best parts of me hidden, so that all the world could see what a perfect little package I was on the outside? A real-life Queen Elsa without the awesome hair?

Spoiler: I took the plunge. I told George about my Social Anxiety – and that was just the beginning. After that night, I became more courageous about letting him see the less-than-perfect Clare that I was afraid was the not-good-enough Clare. He became my travel buddy for parties so my anxiety wouldn’t take over.

He found out about my little quirks and became the first guy friend I’ve ever had to see me without any makeup. When I had my heart broken he shared his most expensive Port. When he started a new relationship I listened to his gushy stories and helped him pick out what to wear. In short, we became friends – and all because I chose to open up.

For so long I had been convinced that letting people see the ugly was what would drive them away, when all along it was precisely what would help potential friendships bloom.

I’ll admit: There are some days when I’m convinced that I made the worst decision of my life. I still panic that George will think less of me and I have not been able to make such a dramatic step towards being vulnerable with anyone besides George. But I ride out the fears, knowing that that’s all it is: Fear.

I realize that if I hadn’t made the decision to open up to George, I wouldn’t be who I am today. Cliche, I know, but true.

I would not have the growth of heart, the awareness that not everything I feel is accurate. I wouldn’t be able to open my eyes to the fact that there are people who love the not-so-picture-perfect silliness or my neurotic moments, but that’s OK because it makes me who I am. And who I am is good enough.

Who I am is good enough.

Previous Post: « When Everyone’s Life Is Falling Into Place (And Yours Isn’t)
Next Post: Are you SAD?: What You Need to Know About Seasonal Affective Disorder »

Why I Decided Not to Meet My Biological Father

I’m very much an idealist who leans towards that which is traditional or simple. This probably makes zero sense to...