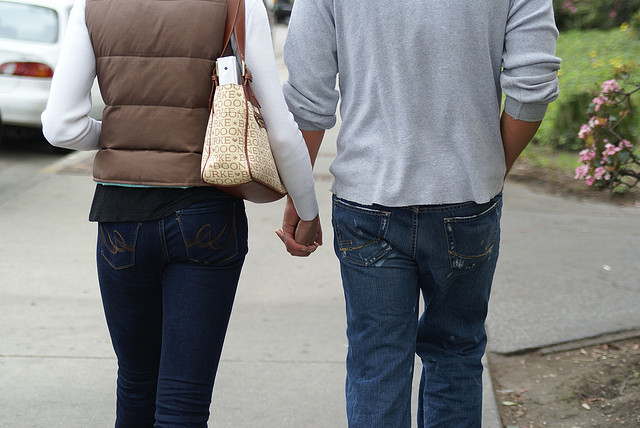 At the first hint of bitter cold air, couples begin pairing off in the social phenomenon coined as cuffing season. Urban dictionary defines cuffing season as the season of fall and winter months where people who normally prefer to be single and/or promiscuous suddenly desire to be “cuffed” by a serious relationship. The cold weather and increase in indoor activity fuels single people’s desires, as they’re lonely and seek companionship.

With each passing summer, men are known to shed their sun-kissed, bachelor skin in an effort to ease into the colder months. With this chill comes the desire to cuff a woman to share the prolonged winter months with. Rather than fair these bitter cold months alone, men avoid running the risk of their libidos catching frostbite by cuffing a female companion.

Identifying the signs
Curious as to why you have been receiving a bit more friendly text messages than usual? Have you encountered guys who are bolder and more forward about spending time together? Does it appear as though many people are suddenly interested in the concept of a relationship, when they formerly only wanted meaningless flings?

Chances are, this newfound attention stems from this annual social interaction of cuffing season. It’s entirely normal to discover new—and perhaps unexpected—people are giving you attention. While this attention may feel fresh and inviting, be warned: cuffing season isn’t known to last.

Not meant to last
Cuffing season typically runs from September through December, each year. There is a fairly detailed calendar, which outlines the natural course of events being cuffed takes. This calendar guides singles from flirty text messaging, to lengthy phone calls, and even suggests which weekends qualify as “dateable” to guarantee singles land a relationship in a timely fashion.

The catch is, cuffing season isn’t meant to last. Ironically enough, once the new year comes around, these temporary relationship head toward a steady decline with each passing week. Some couples are lucky enough to make it to Valentine’s Day or even through March, but ironically enough, most couples terminate their winter romance before February comes around.

Rules of cuffing
(1) Do not get overly emotionally involved. As aforementioned, cuffing season is temporary. Although there are always deviations from the rule, for the most part being cuffed is limited to a few short months. If you get emotionally attached, chances are breaking the cuff is going to prove to be painful. Keep things light and positive, free of any long-term expectations.

(2) Always go “halvsies.” Paying your half of everything you do during this winter romance is a sure way of keeping the boundaries in line. This may be a romantic chapter of your life, but it’ll be brief and short. That being said, you don’t want to expect your companion to court and woo you endlessly. Being cuffed is an equal agreement of respect and companionship.

(3) Be clear about your intentions. Remember, you need to establish boundaries. If this is a true seasonal romance, you’ll want to be vocal about such and remain mindful that the relationship has a pre-stamped expiration date on it. Of course, there is always a chance the connection you develop blossoms into a thriving romance. If not, it’s important to constantly communicate to assure you’re both on the same page.

Have you ever experienced cuffing season? Share your stories with us!

Reviving your interest in reading

You used to like reading (or perhaps you never did), and now you’re ready to give books another chance. Whether...