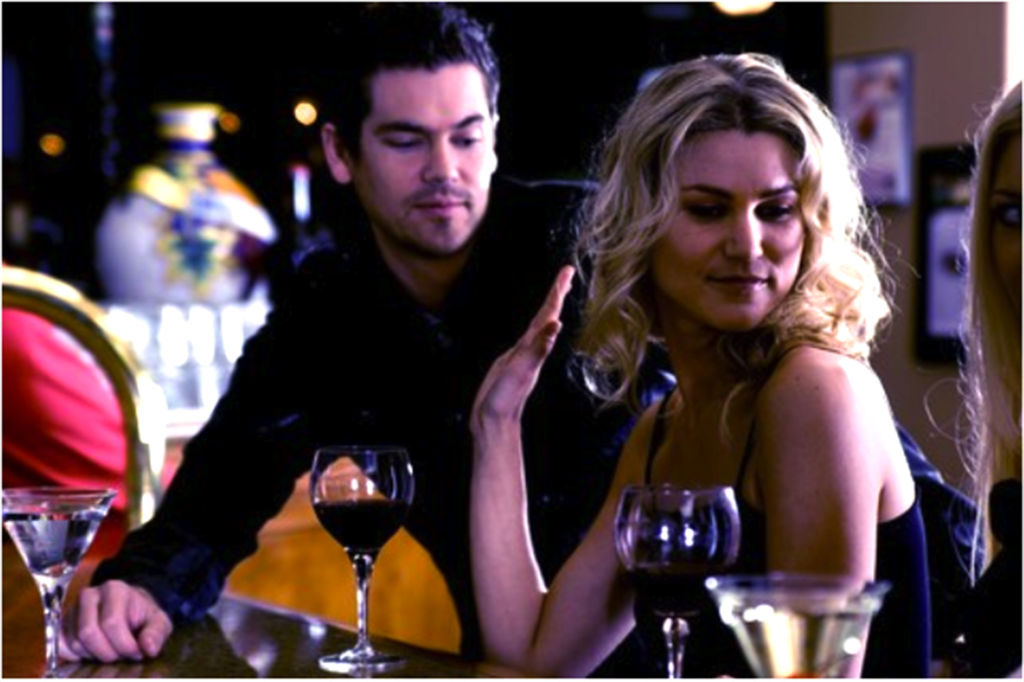 I want to talk about something that just came to light in my mind with all this talk revolving around #YesAllWomen on Twitter. The age of female objectification, our right to say no, and the twisted view on rape culture has become more evident than ever. Dating and even just meeting men in this millennia is turning into quite a tricky situation. And that is stating it lightly.

Men are becoming more forward and forceful and women are being labeled as crude things for standing up for themselves. If you say no to sleeping with someone, you are a bitch. If you do sleep with them, you are a slut. If you have to use force to get a man to back off, you are crazy. If you stick up for anything regarding a female’s rights, you are a radical feminist. If you do not want to send out nude pictures, you are deemed prudish and useless. This is not going to be an article about bashing men and their wicked ways – I just feel the need to raise awareness to what I was so oblivious to.

It usually all starts out in our late teens as something small like a joke, a grab, a text. I had a friend who full on grabbed my butt and made a lewd sexual comment and I turned around and slapped him across the face. He called me a bitch and other names and HE refused to speak to me for almost a year because he was so upset at ME. That same friend later on clearly had not changed his ways. He tried to literally get into my pants on the dance floor at a club. I pushed him away several times, but he still ensued until I walked away. Clearly I know how to pick great friends.

Now, moving onto the oh-so classy sexting portion: Can we all agree, ladies, that if we had a nickel for every time a guy asked us to send a nude picture, we could retire? It has crossed the borderline of disgusting and has gone full on revolting. These are examples of just plain disrespect. It is objectification at its finest and it has become a daily occurrence in most women’s lives. How is this okay?

The small things then grow into something more aggressive and unforgivable as you get older. At least they did in my life. On New Year’s Eve I met this man at the bar I was celebrating at, we were flirting and kissed at midnight. As I have said before I do not like sleeping with strangers, it makes me loathe myself and not to mention the other risk factors that goes along with it. So I was waiting for a cab outside to go home and the man came out and took my arm and started walking me away from the bar. I kept saying no, that I did not want to go anywhere else as I was pretty intoxicated and tired. He said his place was really close and was honestly dragging me on my heels down the sidewalk. We reached his place and I told him for about the tenth time that I was not going to have sex with him and he once again said ,“Yeah, that’s okay.” After a few minutes of being in his apartment he started to kiss me and take off my clothes and I was still repeating that I was not going to sleep with him. He kept going and I just caved. I decided to let him do what he wanted to because I thought, ‘Well, I guess this is going to happen no matter what so I might as well just do it.’ I thought my logic was normal, that caving to the wants of a man was better than sticking up for what my gut was telling me. I didn’t think that what was happening was basically rape, I thought it was normal.

Almost the exact same situation happened again on Valentine’s Day, I was out with single friends having a good time and one of them brought along this school friend. Me and said school friend shared a cab and he kept TELLING me that we were going back to his place and I insisted that I go home. We pulled up to his condo and he paid the cab fare and dragged me out of the cab. I found myself wondering why I kept letting myself get into these situations that I did not want to be in. Once in his place, we watched a movie and after it was over I said I was leaving, if he could tell me his address so I could call a cab. He refused to tell me and started to kiss me and threw me down on his bed and started to take off my clothes. At that moment I had the same logic as before, I just let him do what he wanted.

It was not until I started reading the thread of tweets under #YesAllWomen that I realized what had really happened to me. My rationality was skewed; I was making excuses for my lack of empowerment. I immediately felt sick. If I say no, it should be respected and not challenged. If I turn down a guy at the bar, I shouldn’t have to give a fake number to get him off my back. If I want to go home, I should damn well be able to do so. I could not believe how weak and senseless I was – being scared of the names I would be called if I pushed him off me or if I had to yell to get my point across. Saying, “No I don’t want to” is not a suggestion and 90% of the men I have met seem to think it is. It’s unfortunate that we have to live through terrible experiences–sometimes more than once–for us naive twenty-something women to find our voice and our strength. We don’t listen to the wisdom of our parents (because they are too outdated), to the voice of TV talk shows (because those women are just too pathetic), or to the advice of our street smart peers (because we think our own judgment is just as good as theirs), and we dupe ourselves. Then when we wake up, it is too late. The deed is done both physically and emotionally.

Another notion in the tweets are that boys, men, whatever, need to be educated better–both in school and at home–to respect others. Ladies, the total fault of these incidences are not all ours. It’s also because of men’s basic lack of respect for women that they let testosterone rule their actions.  To some degree, this is the trademark of horny teenagers but as they mature into their twenties, their base knowledge of respect for others should kick back in because they are not supposed to be thinking with what’s in their pants but their actual brain. If men are not raised with this basic knowledge how are they to know the difference when they mature?

I know there are more women out there like me who waived their rights because we were too scared. I am now more knowledgeable about my past and more confident in the woman I am today to never let that happen again. I just pray that rest of us are, too.

P.S. Check out #YesAllWomen on Twitter and join the conversation.

Twitter is an explosive resource for networking and communicating with other like-minded individuals and companies. Read: If you aren't on...