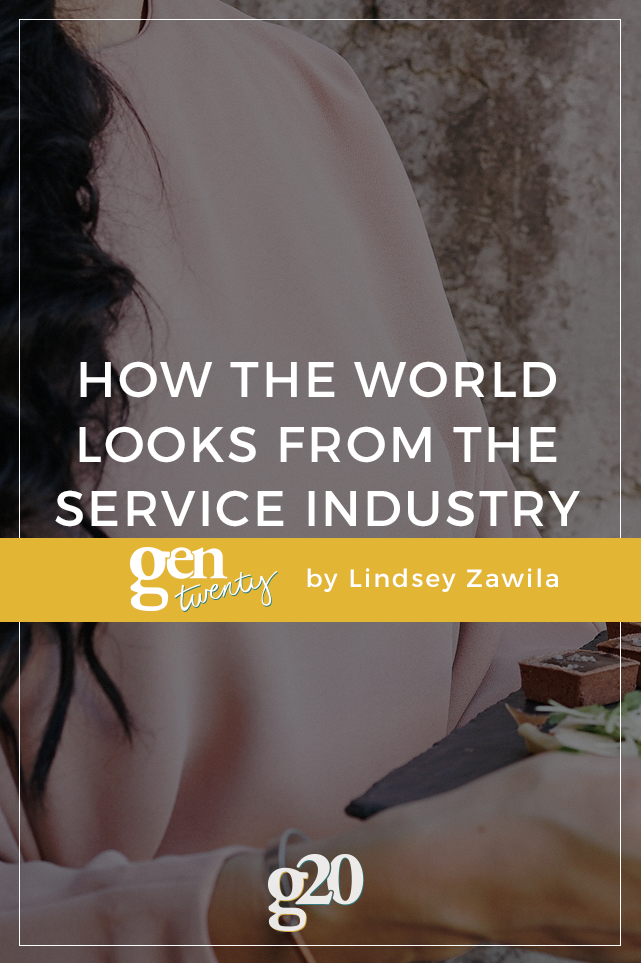 Some people say that the secret to world peace is for everyone to work in the service industry at least once.

Because we are the ones that are treated like trash, expected to bow to the customer’s expectations, and usually viewed as inferior. We put up with customers yelling at us over things we cannot control, simple requests that the customers could have done themselves, and insults that we do not deserve.

For some reason, people still think we live in the Victorian era where servants are of a different societal class or former prisoners.

But in some ways, maybe we do.

How many White House tenants do you think have worked in customer service?

Compared to those of us that have no college degrees (or have yet to earn our degrees)?

There may not be a formal “aristocracy” anymore, but there definitely is an atmosphere of entitlement to the jerks that never worked in customer service (and don’t know how to empathize). Check out some stories of horrible customers to see what we deal with.

So to all the customers that are well meaning, if we don’t seem happy to see you, it is because the world looks awful from where we stand. People treat us like we’re stupid toys for their entertainment, and they scream at us if we don’t oblige for them.

We’re not inferior to you. Many of us have families we need to support, or dreams that need to be funded. Most of us just need to make a living, similar to you.

Just because we are serving you, it does not mean that you are better than us.

It just means you were lucky enough not to have to scrap for what you have.

And because the service industry watches the world from the shadows, we see the world in a different way.

We see the rude people demand items instead of asking us for them. This is a clear indication of entitlement. But worse, we do see it as more common among certain demographics of people.

Meanwhile, a young group of women from a bachelorette party asked me if they could get a discount because they’re cute.

Young school groups are also awful, because the children run around and do what they like. Their chaperones either don’t do anything to control them or they simply can’t. I used to think that they were all simply bitter, but one gave me a smile when I offered to put alcohol in her coffee. She said that she would like to, but she probably can’t. And then I realized that the children were driving the chaperones as insane as they were driving us.

Reminding us the importance of teaching children how to behave.

It’s not about preventing them from having fun. It’s about respecting authority and acting respectfully to those around you.

And then I see the people that treat me like eye candy or an object of their attention. It can be extremely frustrating, and insanely embarrassing for that person.

One customer came up to me simply to ask if I was single, and then proceeded to give me his phone number. And then bragged about it to his friends. So I subsequently threw out his number.

Another customer was drunk at about noon, and he thought I was very pretty. So he proceeds to film me. And orders me to smile for him. He thinks he can film me because I am pretty and inferior in his mind. The question of my consent never came up.

As a customer service employee, this is the world we live in.

We see the worst sides of humanity.

And in some cases, the customer deserves to be upset. When things go wrong, or if the customer is having a rough day, they have every right to have emotions. Communication with customers is key to a thriving business.

But they do not have the right to treat customer service employees like trash for whatever reason.

Mistakes happen. Maybe your waiter or waitress got your order wrong. He or she is taking orders from twenty other people at the same time. It’s very easy to make a mistake. But instead of yelling at him or her, simply point out the error without blame and allow him or her to fix it.

It’s the ignorant servers that roll their eyes at you that you can complain about.

But still, yelling at them won’t accomplish anything. A complaint to their supervisor is much more effective.

And it’s also important to note that your servers are the ones that bring you food and drinks. These are items that you will put into your body. It is in your best interest to be nice to the people that handle your food.

But still, as bad as customers can be, they are also the ones that make my day.

These are the customers that actually side with me when things go wrong. One customer told me not to worry if other customers yell at me, because it has more to do with them than me.

Another group of customers empathized with me when a different customer crashed into me when I was holding a tray of drinks. They told me that they saw what happened and it wasn’t my fault at all.

And among the most wonderful customers are the ones that make a lighthearted joke and simply treat me like another human being as opposed to their lowly servant.

We see the best and worst of humanity in the customer service industry.

Make sure you don’t fall at the wrong end of the spectrum.

The Pros and Cons of Living in New England

We've got the three best and the three hardest parts about life in New England.