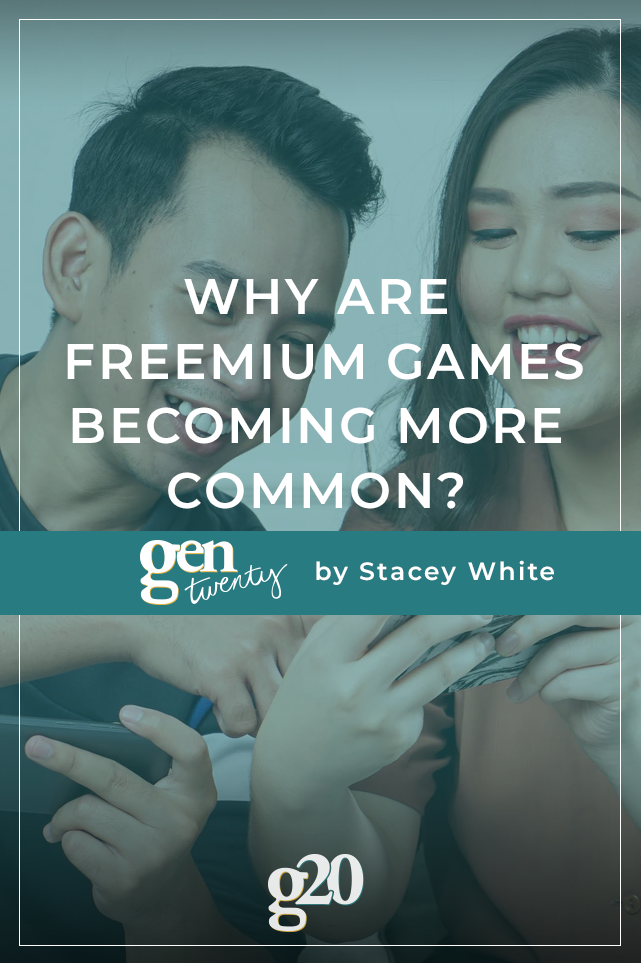 The word ‘freemium’ first found its way into modern language in the 1990s as a way to describe the free gifts companies would send potential customers to persuade them to sign-up to services or to buy goods.

The word underwent somewhat of a revival in the mid-2010s when gaming companies began to offer free games that would make money by encouraging users to make in-game purchases.

In this post, we will discuss how freemium games have become so prominent in the gaming market in recent years and explore some of the reasons why gaming developers are beginning to favor the model.

The Catalyst of Freemium – Gaming Saturation

Prior to 2007 PlayStation and Microsoft had the gaming market sewn up. They had the best and most popular consoles on the planet and a customer base in the hundreds of millions. In the summer of 2007 all of that changed though.

That was when Steve Jobs released the first ever iPhone onto the market and kickstarted a domino effect that would change the gaming world irrevocably. Whilst gaming was not a primary concern of iPhone developers in 2007, it would become one in the years that followed.

Within a couple of years of that first smartphone release, people all around the world began to snap up iPhone’s and Android devices. All of which gave users access to App Store’s absolutely teeming with cheap and engaging games.

This launch was not just revolutionary to the mobile phone market, but also inadvertently to the gaming industry.

The low price point of mobile games meant that developers had to focus on new and unique ways to generate revenues. The answer to this conundrum was ‘freemium gaming’, which allowed games to remain cheap or free but also profitable.

Developers offered in-game purchases to players to either augment their gaming experience or give them access to premium features. This model was hugely successful, seeing companies like Rovio – the company behind Angry Birds – posting US $150 million plus revenues a year.

The success of these companies made those within the traditional console gaming market stand up and take notice. Companies such as Epic Games successfully migrated the Freemium model onto PC and console gaming with the creation of Fortnite in 2017.

The commercial success of companies like Epic Games has inspired many more development companies to explore the freemium gaming model. Below we will take a look at some examples of how successful freemium gaming can be.

There are now a variety of console games that are in the ‘freemium market’.

When it comes to market saturation few industries can claim to be as saturated as the world of online gambling. Three decades ago, when 888 Holdings launched their first online casino, they were just a handful of other companies offering similar services.

Now, a quick Google search for Canadian online casinos offers up dozens of pages of results as more people are now using online to access their favorite casino games. In order to stand out from the crowd and secure new customers, 888 Holdings have tried a range of different approaches.

They have expanded their gaming selection, offered new customers enticing sign-up offers and revamped their software. However, nothing has been as successful as their freemium roulette offering which allows players, in effect, to try before they buy.

Built into their most recent sign-up offers are no deposit, free spins which allow players to spin the roulette wheel without ever having to deposit their own cash.

This has helped their roulette site, 888 online roulette Canada to stand-out and appeal to new customers in a way that their competitors cannot. Most online casinos require new players to make minimum deposits before availing of offers or trying out their games.

It is an approach that has borne fruit for 888, they are now gaining a substantial foothold in the North American market, a geographical area that has always been a tough nut to crack.

Between 2003 and 2017 the gaming franchise Call of Duty became the most popular first-person shooter franchise in the gaming industry. Challengers to the crown came and went until 2017 when Fortnite finally knocked Call of Duty off its perch.

That sent pulses racing at Infinity Ward and Activision who recognized that they had to seriously change their franchise to regain their gaming crown.

In 2020 that change came in the form of free to play Battle Royale mode Warzone, based in the sprawling fictional city of Verdansk.

The game mode was Activision and Infinity Ward’s response to Fortnite and in terms of gameplay and graphics, absolutely blew Fortnite out of the water.

Warzone launched in March of 2020 and within three months boasted an active player base of 50 million. In addition to this, the game helped to boost the publisher’s Q3 earnings in 2020 to $1.77 billion with $1.2 billion of that coming from in game microtransactions.

Whilst remaining free to play for everyone, Warzone encouraged players to upgrade their operator skins and get access to weapon blueprints by buying COD points and using them to purchase bundles in the store.

In terms of popularity, Warzone has also helped to catapult Call of Duty back into the big time with the title being one of the most streamed games on YouTube and Twitch last year.

Freemium games, which were initially an ingenious response to saturation in the mobile gaming market now play a major role in every aspect of gaming.

Console gaming, PC gaming and online gambling now all regularly adopt the freemium model to entice new players to try out their services.

Is Your City Smart about Water?

How Milwaukee is becoming a water-centric city.