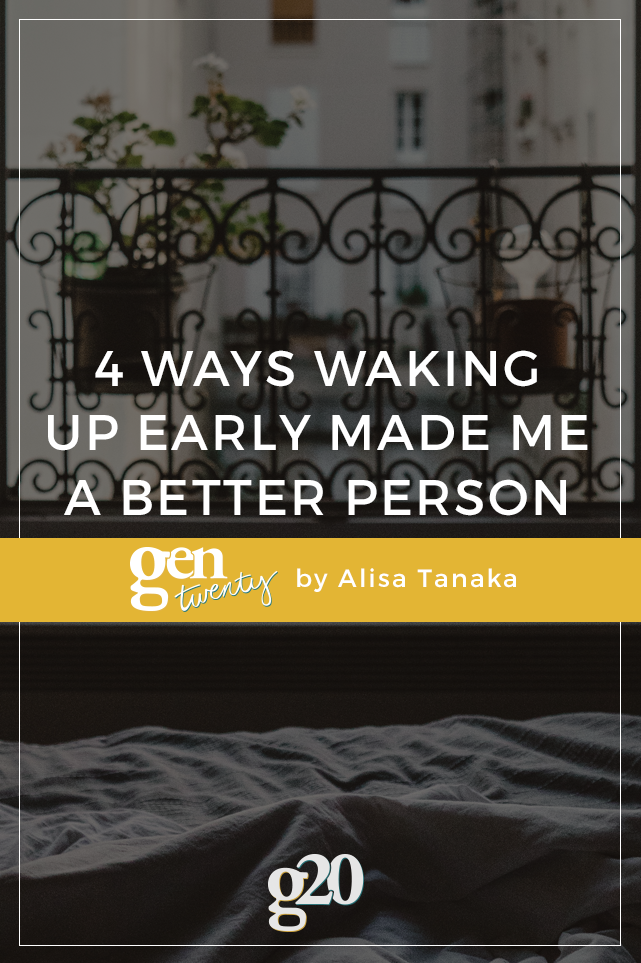 Trust me, I get that waking up early feels like the hardest thing in the world, especially on Mondays. I could never see the benefits of waking up early, especially in college when I was completing work and studying in order to keep up with my demanding class schedule.

It’s only after I graduated from university that I began to see the benefits of waking up early. Moreover, I began doing it, and found that it actually helped to make me a better person. Here’s how:

Getting up earlier allowed me a comfortable cushion of time to get through my morning rituals without feeling like I had to rush out the door. I could fit in a comfortable 30 minute cardio workout and enjoy the endorphin high that comes with it. I could take my time drinking my hot lemon water without scalding my tongue in the process as I gulped it down (as I would sometimes do) while en route to the door. Not to mention that I could start the day with a full stomach since I was able to take my time with breakfast.

Getting up earlier gives you more time to do the things that you need to do in order to exercise self-care before you run out the door. Feeling prepared and centered gives you a solid foundation from which to build, and enables you to put all your effort into producing quality work.

Doing your best at work and putting your best foot forward will go a long way in helping you to create a favorable impression with the people around you, who could end up becoming an invaluable part of your personal network.

Feeling prepared and centered gives you a solid foundation on which to build a happy life.

2. I Learned How I Function Best (And Acted On It)

As I have gotten older, I have gradually learned which foods my body responds well to, when is the best time for me to work out, what I like, what I don’t like, what I need, and how to compensate for my weaknesses.

READ MORE  5 Classic Books That Never Go Out Of Style

One of the biggest things I’ve learned about myself is that despite my late nights finishing assignments, I am diurnal; moreover, I focus best in the mornings and the afternoons. Knowing that helped me pack my schedule with morning classes instead of night classes, which forced me to wake up earlier. I also learned that I like structure in my schedule, which allowed me to rearrange my life in order to achieve a more solid work-life balance.

Achieving a good work-life balance is certainly a challenging thing, but it’s important to figure out what your strengths are and work around them in addition to learning how to compensate for your weaknesses, especially in the current job climate. Every little thing you can do helps; for me, one of those little things is waking up early. Try to dedicate some time to figuring out how you work best and what little things you can do to help you put your best foot forward every day. 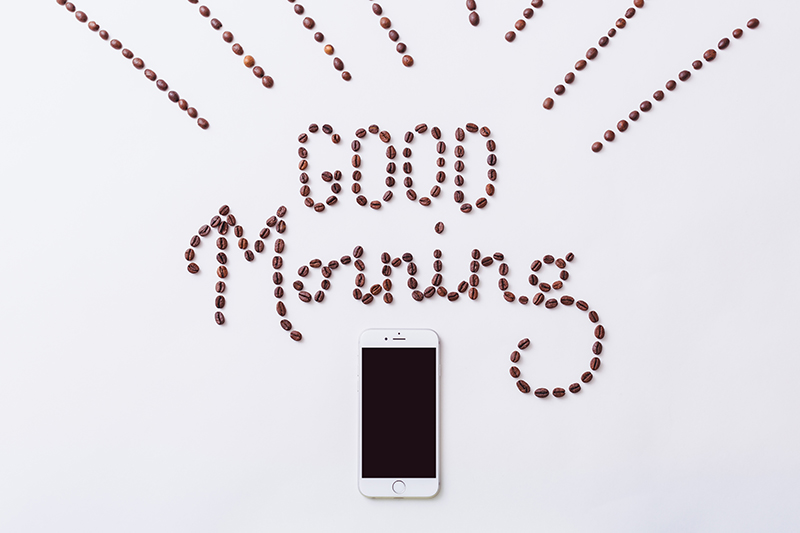 Waking up earlier allowed me to take little steps toward accomplishing goals along with the things I needed to do every day. When I stood back and reflected, I realized that I had gotten a lot more done than I had originally anticipated, whether that meant completing assignments on time in college or doing little extra things like preparing product while I wasn’t serving customers during my retail job.

Even if it’s just a few minutes every day, a little effort every day adds up to become something significant.

Even if it’s just a few minutes, a little daily effort adds up to become something significant.

4. It Put Me In The Right Mindset

Trust me, I love sleeping in as much as the next girl, but waking up late put me in the weekend mindset even if it was a weekday. Even if it was one little thing like taking necessary supplements and making my morning shake or making lemon water, doing things I would normally do during the weekdays helped put me into the mindset to work.

I’m not saying that this will help everyone; everyone is unique and works best in different ways. However, waking up early can help put you in the right mindset, especially if, like me, one prefers routine and structure. Doing little things to put yourself in a good mindset, even if it’s something seemingly insignificant, like getting up earlier, can help set you up to accomplish a lot during a 24-hour period, no matter how big or little the goal is.

READ MORE  How To Understand Your Actions Better: Clarify Your Mind

I can’t emphasize enough how important your mindset is in both your personal and professional lives. Your mind could either be your best friend or your worst enemy. For someone like me who is naturally over analytical, it can be difficult to develop a positive mindset. However, I’ve found that having a positive mindset, or even making little efforts every day to try to change a negative mindset into a positive one has a lasting effect, not just on my personal life, but also my professional one.

Waking up early and resisting the temptation to give the snooze button a good whack can be hard, but there are definite benefits to waking up early that could certainly help you in the long run.

Do you like waking up early? When are you most productive during the day?

Previous Post: « Which Self-Development Book Should You Read? Take the Quiz!
Next Post: We Were Nominated For a Liebster Award! »

More in Productivity, Self Development

Which Self-Development Book Should You Read? Take the Quiz!

Which self-development book should you read? Take our quiz to find out!