This article is an account of my personal experience. This is not professional medical advice. Please do not stop usage of any drug or antibiotic prescribed to you by your doctor. Do not take any herb or supplement without first consulting your doctor or naturopath. If your headaches, cramps, or anxiety are interfering with daily life or are causing you significant stress please see a specialist. 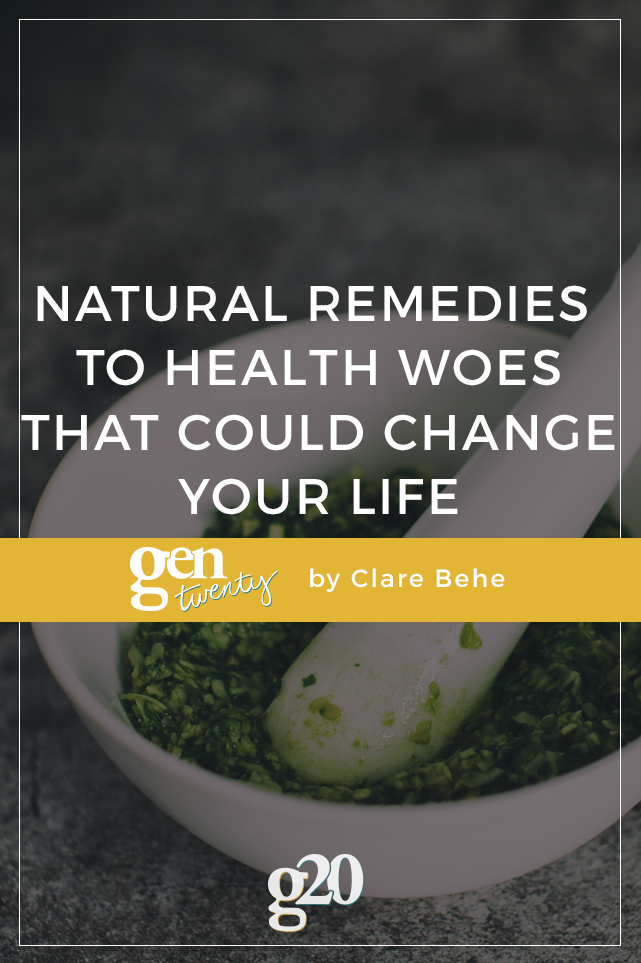 I get nasty menstrual cramps for a few days every month. I’ve lost count of how many times I’ve woken up in the morning and called off work because of a “stomach ache.” (My boss is a great guy, but I’m not chatting about lady issues with him.)

It got to the point that I started popping pills nearly 24 hours before I even got my period out of fear that it would hit me hard. Between my harsh monthly visitor and the regular not-quite-migraines that run in the family I was singlehandedly buying up my local CVS’s Ibuprofen supply.

Within a few years I’d built up a resistance to Ibuprofen. Who knew that could even happen?! I quickly found a replacement (Aleve, how I love thee) but remained concerned that I would need to replace my replacement — and the cycle would continue.

While trying to curb my “drug use” I came across some information on the oft-ignored side effects of common pain killers. Having personally experienced some issues with a compromised gut lining and some very un-fun gastrointestinal sensitivities, I set about to finding more natural alternatives to traditional drugstore medicines.

I sampled treatments for various common afflictions that are typically treated with NSAIDS or prescription drugs. Each one is rated on its effectiveness on a scale of 1 to 5:

My headaches get bad fast so I wasn’t about to test the efficacy of an herb on anything greater than a mild throbbing.

I had a slight ache from being in the sun too long so I popped two willow bark capsules with food (as directed). I had high hopes for this stuff since it is reportedly an ingredient in Aspirin and has been used as a fever reducer and painkiller for millennia.

After two hours of steadily worsening pain I determined that the willow bark had done absolutely nothing. However I was determined to make it work. My motivation lay in the fact that I recently had to start taking HCL capsules with my meals and HCL taken with NSAIDS can cause severe stomach ulcers. Ugh.

So I  convinced myself that my previous testing circumstances had been too harsh (I was stressed and my environment was loud) and I should give the willow bark another chance.

Yet again, nothing happened, and I was forced to conclude that willow bark deserves a solid 1 on my effectiveness scale.

Another natural headache fighter is peppermint essential oil. I went into this testing as a raging skeptic. “Can sniffing some oil seriously save my noggin?” I had to ask myself.

But armed with an aching head and half an ounce of the good stuff, I gave it a shot. Gotta say, this approach is not for the faint of heart. Essential oils are strong. (If you decide to rub some under your nose or some such thing, you must dilute it first).

Related: How To Use Essential Oils To Feel More Balanced

It’s not going to cure your migraine but I was pleasantly surprised how well this cleared my head! A few strong whiffs coupled with a cool shower and some fresh air will definitely manage to stave off the pills every so often. Peppermint oil earns a 4.

Without high hopes I tried a black haw herbal tincture for my cramps. The first time I used it during the day so that, should it not give me enough relief, I wouldn’t wake up in the middle of the night with an angry uterus.

I shook the bottle well, mixed a full dropper’s worth into a glass of lemon water, and sipped away. Then I waited for my cramps to hit. And waited. And waited…

Somewhat unpleasant aches lasted for a couple of hours but nothing else ever happened. I figured it was too good to be true so I tried again.

Three months later I’m still using this wonderful concoction. (And yes, I’ve been using the same bottle all along and sharing with my sister — at the cost per use this little bottle is a steal.)

A couple of times I’ve chosen to take something stronger, usually if it’s a long work day or I’m going to bed and don’t want my rest interrupted, but this ancient remedy has earned an enthusiastic 4 on my scale.

I’m an anxious person by nature and sometimes get overwhelmed by the jumbled thoughts in my head, but medication isn’t a must for me, so I decided to try something more informal.

Lavender oil is a classic remedy for stress and I’ve had a little vial lying unused on my dresser for months so I gave it a shot. I simply held the vial under my nose and practiced paced breathing for about a minute. Did the thoughts go away? No. Did my problems disappear? No. But holy cow I felt like I could actually think clearly again!

The effects lasted for about fifteen minutes, after which I whipped out the vial again. It’s up for debate whether it was the paced breathing or the lavender or the combination that had such positive effects, but I’m not sure it matters. I’m well aware of the benefits of paced breathing but I have trouble being patient enough to practice.

Using lavender oil, however, encourages me to do it more often. When I’m actually sniffing something pleasant (rather than just boring ol’ breathing through my nose) it lends a more exciting and focused feel to the whole practice. Your mileage may vary but I’m giving this one a 4.

I hope this little science experiment benefits our readers! How do you care for yourself using Mother Nature’s gifts?

Put Down The Drugs: A Twenty-Something’s Natural Approach To Health

We tested natural remedies to common health problems. These results could change your life! 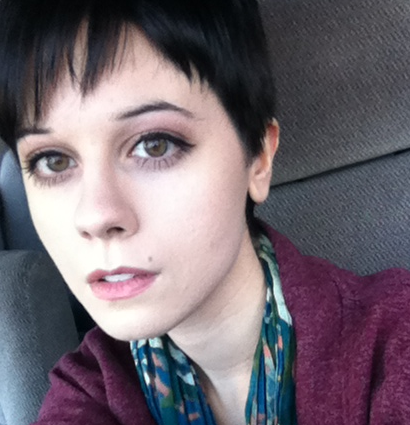 An Open Letter To My Former Best Friends

It didn't end out of anger, it was time that pulled us apart. I'll never forget they way you helped...