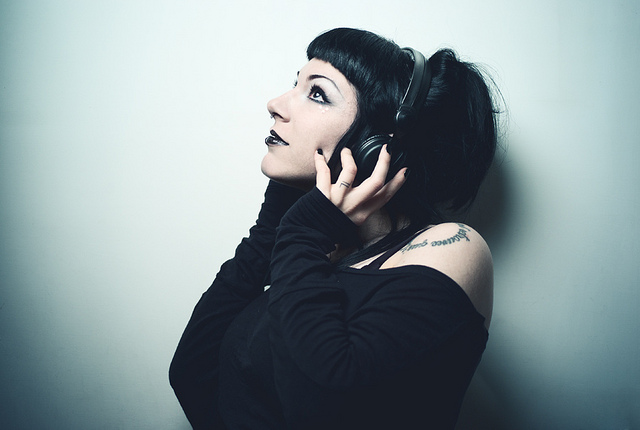 I’ll confess: I have more than a few hipster tendencies. Sometimes they can be obnoxious and get into the way of me leading my day to day life (I am physically incapable of walking past a vintage shop just in case they have old clothing). However, sometimes they can be super handy! For example, I’ve been tracing my ‘musical lineage’ lately. What does that mean?

Well, for one it means that my iPod is starting to sound like a Quintin Tarantino soundtrack. This also means that I’m able to trace my affinity for Jack White back to a Delta Blues/Rockabilly sound. This opens some more doors for me musically and makes me sound slightly cooler when trying to impress gentlemen at record stores.

Jack White-Wanda Jackson
Why might you like the old sound?
Some seriously infectious rock beats on both ends as well as very distinct lead vocals. Plus, she’s still kicking out tunes and Mr. White is helping which is super cute!

FUN.-The Format
Why might you like them?
Well, it’s the same singer, but with a little more indie sound. Bonus: the lyrics and carefree pop sound can remind you of all those good, gushy, complicated high school feelings.

Haim—Fleetwood Mac
Why might you like them?
There’s no doubt that Haim has some old school 80’s influence in their music but there’s also a lot of folk influences. Fleedwood Mac is a band that is not unfamiliar with blending the two. Both have killer female vocals and both can go from peppy to soulful very quickly.

Lana Del Rey- Joan Baez
Why might you like them?
When I think about Lana, all I think about are her vocals. They are raw, mellow, and very touching. If you’re looking to be moved by a voice like hers, go no further than Joan Baez. This is a lot less ‘processed’ than Lana Del Rey’s sound, but take a listen to them both and decide for yourself.

Daft Punk-Stevie Wonder
Why you might like them?
Well crafted melodies and dance-y hooks. Stevie Wonder started this and Daft Punk pays him tribute in a lot of ways. Think I’m off my rocker? Give them both a listen before you judge to harshly.

So what do you think, GenTwenty? I’m curious to hear back from you all regarding whether my mix matched musical comparisons make sense of leave you feeling a little off key. Any similarities that I missed? Leave it in the comments!

F is a graduate student who enjoys knitting, baking, theatre, The Boston Red Sox, being sassy, and roller derby. She is pursuing a career in mental healthcare and hopes to help and advocate for the LGBT community.

“Tidying” my way into a clutter-free life