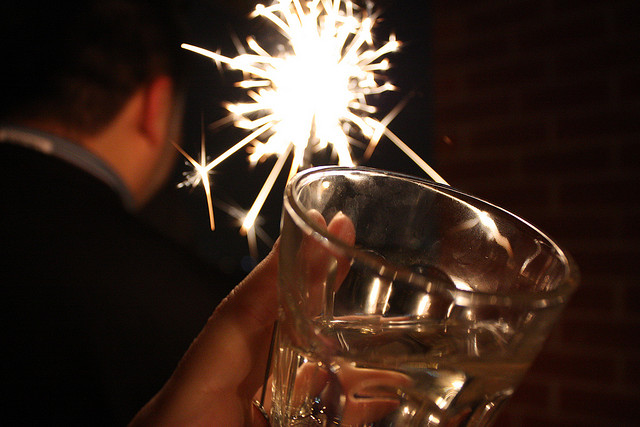 I hope you all had a fabulous New Year and started it off right like I did – with a bang (pun intended). So here I was, blissful with all the ideals of my NYE resolutions of being a better, stronger, slightly more sober me and threw it all to hell that same night. I gave into the bubbles and dreams of champagne and stumbled into the New Year. Just because I slid down that rabbit hole once again, doesn’t mean this year can’t be different.

Let’s do a little recap of the do’s and don’ts of 2013. This past month has been filled with interesting offers. Being single, and probably lonely, certainly brings out the provocative side in people over the holidays. Old flings came out of the woodwork asking for second chances which I definitely passed on (we’re moving onto bigger and better things, right ladies?). I had an ex co-worker borderline stalker text me invitations for a booty call then proceeded to ask if I would have a threesome with him and his brother. How romantic! These are the type of guys us modern women have to deal with nowadays and it makes me want to scream. I’m done with giving flaky men a second chance or caving in to a booty call because it’s all they think I’m worth for the moment. I’m a single twenty-something –– not a 45-year-old divorcee with a cardboard cutout of Channing Tatum, so I’m kicking desperation to the curb.

READ MORE  Dating Disaster Stories: How Long is Too Long?

Another new habit I am forming is taking my time with anyone new I meet. There is no sense in rushing into feelings with every new prospect because damn it all to hell if I get ghosted again. “Ghosting” someone is when you are dating your significant other and all of sudden, they disappear. You will never hear from them, see them again, or have a text from them pop up on your phone. Say sayonara, you poor helpless soul. If this happens to you (and I will pray to the love gods that it does not) do not go crazy like someone I know…(me).  Keep your cool and realize that the person you were dating is a coward – you don’t want to marry someone that will probably throw you under the bus to avoid getting hit themselves. We want ACTUAL men!

Also, I need to keep eye on how much time and effort I invest into a relationship. How many times have you given everything you had to offer and received nothing? That is so 2013. How worth it is this guy? If I’ve already witnessed some red flags within the first couple weeks, let’s not waste my time. Is this serious or is it a fling? I’ve been around the block and had my fun. Flings are not my scene anymore. If it doesn’t have a future, let’s not waste my time. Does his mom smoke weed with his friends? If yes, let’s not waste my time. I’ve learnt mothers are a true reflection of how they have raised their son. If she is cray-cray, he will be too.

I could go on a huge tangent about all the situations I got myself into but I plan on doing things differently this year. I want to create a hectic schedule full of building new memories and better ones at that. At my company Christmas party, instead of hitting on a high-up executive I hit on the hot bartender and by the end of the night, walked out with his number.  Flirting is obscenely easy when you have had seven mimosas and your BFF as your plus one for any event. Nevertheless, it’s progress! I’m actually kind of excited for this one ladies, so I’ll keep you posted on the details.

I read a quote on Tumblr that was a six-word resolution for 2014 and it hit home for me, “I will bleed for better reasons” – Anonymous. Granted, it is a little morose, but it really strikes a chord with me. Pain is inevitable. I will go through disappointments this year as well but it will be for better things, better people. What are you doing with your twenties if not growing, expanding and loving more? I refuse to deny myself heartbreak – it is earthshattering, wall-tumbling, exposing, embarrassing, drives you to lunacy, and I would never want to give that up. I have cared about people so much that it wrecked the person I was – how incredible it is to feel that much. If I get tossed into the throes of misery this coming year it will be for new love, new experiences because I refuse to go anywhere but forward.

I’m ringing in 2014 with the aspiration of being bolder in everything that I do. I will speak up, dress up, and keep my chin up. I wasn’t put on this Earth to be used as a doormat for men, or sit at a reception desk vicariously living through Pinterest’s vacation header. So many of us feel that we were created to do something great and discover great love. There’s no sense in settling for second best when we could have it all! All the mishaps of relationships past have only made me so much wiser for the New Year and a lot pickier, too – unless it comes to wine, any will do.

What are your love resolutions for the New Year Gentwenties? I have a feeling this will be our year. 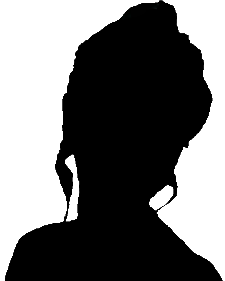 Previous Post: « The Best Savings Challenge for Your Spending Habits
Next Post: Staying true to yourself while in a relationship »

Dear twenty-somethings, Right now it is snowing profusely where I live and the temperature is about as a cold as...