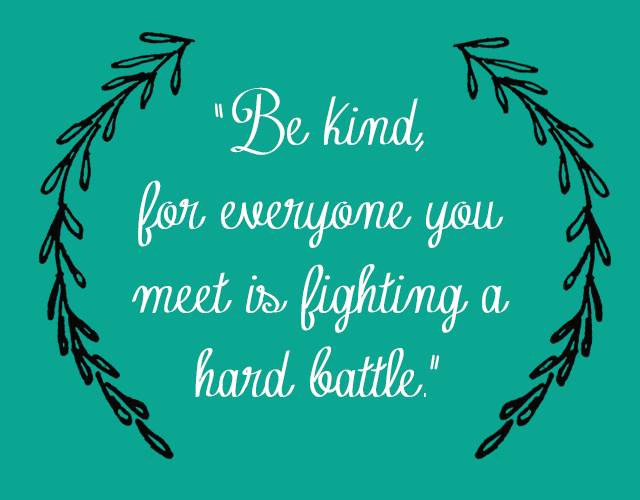 There are lots of things in this world that make a person feel good inside. It’s that internal “smile” if you will, that drives a lot of us to help others or assist those around us, strangers or not.  As humans, we are hard wired to make the environment around us as fulfilling as possible, and helping others is one way to accomplish that. That is one area of my life that I have always wanted to make a priority.

There is one quote by Plato that really resonates with me: “Be kind, for everyone you meet is fighting a hard battle.”

I had never heard this quote until about five years ago in one of my college classes while we were discussing the diversity of man. Now that quote is something that I think about more often now than I ever did before. It expresses the fact that we all have secrets behind our tough exteriors and you really can’t judge a book – or a person – by it’s cover.

I have an example of this which I am not very proud of, but it changed me and has affected me in a way is almost unexplainable. It all started one day when I woke up in a foul mood. One of those moods that doesn’t have any explainable reason as to why, you just don’t feel like smiling at the sun that day. I went to school, went to work, and was almost done trudging through my day when I decided to stop at Wal-Mart to pick up a few things. Once I had made my way up and down the aisles, I stood in line at cashier number five. It seemed like I was going to get through there quickly so I could get home and pour a glass of wine to finally relax from my negative day. However, that was not the case.

The women in front of started taking forever. She spent lots of time trying to find her wallet in her purse, then she was undecided about an item so the cashier had to reverse it in the system, after that she had to try three different cards because the first two declined. At that point I was at my wits end. I had a foul look on my face and was sighing louder than I should have been, only thinking about myself and my time. When this lady was about to leave, I heard her make a comment about losing her job a few weeks earlier and that she was struggling with her four children to get them what they need.

My heart instantly sank. I had the rush of guilt flow through my veins and I felt even worse about myself than a few hours earlier. I immediately asked her if she needed help taking her few large items outside, which she politely declined. I had the urge to right my wrongs and from then on my attitude switched when people watching and interacting with people I don’t know.

Now don’t get me wrong, I definitely haven’t been rude to everyone I’ve come across in my life, that’s not what I’m saying. But sometimes as humans we all tend to forget from time to time that those around us are all dealing with different issues and problems in different ways. Everyone can be selfish and only focused on themselves when they are involved with their own factors.

With all that being said, we can all make a difference in the world around us, whether it’s as little as a smile to a passing stranger or as big as volunteering on a regular basis at a local shelter. No matter what others are going through, it’s the little things that can turn someone’s mood or feelings around.

There is this feel good project going around on social media that I have seen lately. It involves writing ten positive or inspirational things on pieces of paper, then going to an area with a lot of vehicles like a parking lot or busy street and placing these notes on ten different vehicles.  Now, obviously you won’t be there when the owners come back out to their vehicles, but I can guarantee you those people who read the notes will experience nothing but heartwarming emotions. It could simply change their mood that day or it can have as big of an impact as changing their life. Because each person has their own struggles, you never know how much they might have needed that little pick me up. (Note: Just please don’t do this when it’s raining).

Ever since I heard about this little project, I’ve done it once and I’m going to try and do it once every few months. It’s something that takes so little time and it can have an exponential impact. Like I said, it’s the little things that really matter in life. 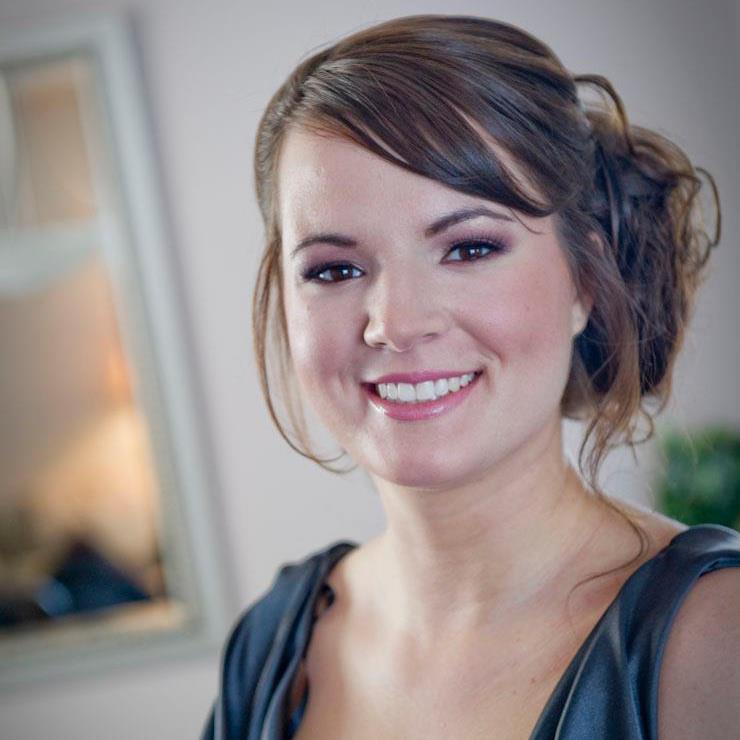 Keenyn graduated from NAIT Business School where she majored in Marketing and Advertising. She enjoys sports, photography, and writing. She hopes to make a positive impact in a company through her expertise and ethics.

Giving back: The blessing in being a blessing