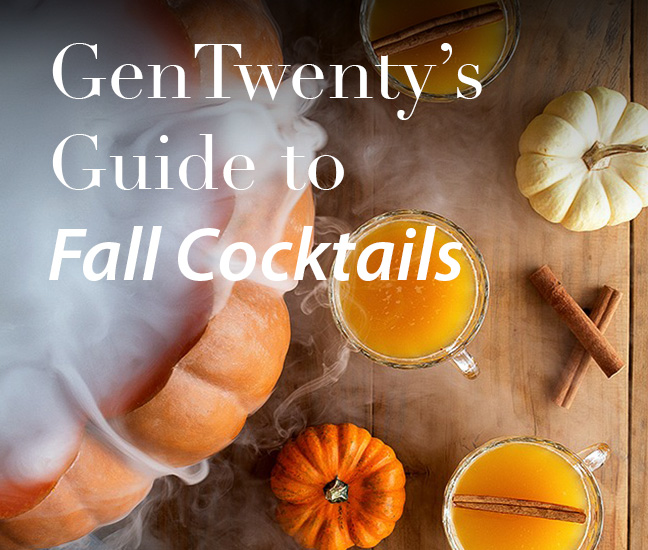 Fall is officially in full swing, what with the days getting cooler, the leaves changing colors, and the return of the pumpkin spice latte. Just like you prepare for the new season by switching up your attire, you should be doing likewise with your cocktails!

People go crazy over hard ciders at this time of year. While many ciders can be found year-round, some companies will get really festive and churn out special seasonal offerings.

With no further ado, I bring you a brief cider guide:

The Crisp Apple is Angry Orchard’s straightforward hard cider. I wasn’t a big fan. When I try to describe to people what I think beer tastes like, I say it reminds me of foamy bread (I’m clearly not a beer girl). I had a similar sensation with Angry Orchard; it felt foamy in my mouth, but at the very end it got watery.

This cider jumps in on the seasonal action by adding cinnamon. The cinnamon taste isn’t too strong. Like the Crisp Apple variety, this too felt foamy and then watery. Some people go crazy over Angry Orchard, I am not one of those people.

Ciderboy was very tart. I almost felt like the back of my tongue was kicking up at the end of every sip. It is sweet initially and does taste like apple, but that severe tartness kind of ruined it for me.

This cider was pretty “eh.”  Pleasantly sweet, not too tart, pretty neutral—not very impressive to me.  Stella Artois does make beer also, so if you’re a fan of the cider maybe check out their brew.

Strongbow is sweet without being sugary. That might sound contradictory, but think of the way a good apple or orange tastes… sweet, but not sugary.  It’s also not too tart. A good drink for those just dipping their toe into the world of hard cider and doubtlessly delicious for seasoned drinkers too.

This cider also has a touch of cinnamon. However, this touch lends to a distinct cinnamon taste and smell. It’s not too sweet, yet not too tart. The cinnamon taste can be a bit over-powering, but overall it’s an interesting drink. It definitely lives up to the promise made on the bottle’s neck label: it really is “just like apple pie!”

Okay, this isn’t a hard cider, but it is apple-flavored, and it’s also a special fall release. You may have already tried some of the other Lime Rita flavors, and the Apple-Ahhh-Rita is the same kind of idea. It’s very sweet, but with a follow-up tartness that can be expected from apple flavors. My cocktail-sampling partner and I agree: why does the Apple-Ahhh-Rita taste like a Spree candy? Definitely sweet, tart, and candy-like.

Fall drinks aren’t just for hard ciders.  You can find an absolute multitude of autumn-themed drinks floating around the Internet.  Flavors like pumpkin, apple, cranberry, cinnamon, and pear are all fall-friendly. But because I love you, I’ve gathered up a few resources for you.

1. A fantastic drink to transition you from summer and into fall is the Apple Cider Punch, courtesy of bhg.com.

I used 1/3 parts apple cider, 1/3 parts champagne, and 1/3 parts orange juice in a wine glass. Also try mixing cranberry juice with a rosé and a sugar cube.  Sobieski has a cinnamon flavored vodka; pair that with an apple liqueur, apple juice or cider, and a dash of Sprite and you’ll have what smells and tastes like a cinnamon candy apple.

2. Foodandwine.com has recipes for sangrias, hot toddies, and Manhattans that’ll have you feeling classy and festive. This website’s got a recipe for a Pumpkin Martini, while delish.com promises a Bailey’s Caramel Appletini.

3. Halloween has movies and music dedicated to getting you in a spooky mood, so here are a few cocktails too. HGTV.com and food.com both have collections of what are basic cocktails using liquor ingredients you more than likely already have in your house, but with a few twists to look just the right amount of fun.  A shout-out to the Brain Hemorrhage though—isn’t it beautiful?

4, Maybe you’re a lover of beer and craft brew. Fear not—you haven’t been forgotten about. Brewing companies adore whipping up seasonal crafts at this time of year. This website is a Mecca of craft beers, focusing on alternatives to the much-loved pumpkin ale. And if you really love sites dedicated to specialty brews, feast your eyes upon this gem. An additional tip: I’ve heard tell that lining the rim of your beer glass with cinnamon and sugar is delicious.

Happy autumn to you, and drink responsibly.

If you liked this, you may also enjoy GenTwenty’s Guide to Vodka.

READ MORE  Meal Planning: What Is It and How Do I Do It?

Previous Post: « How to Fund a 40-Day European Vacation
Next Post: Depression, Rock Bottom, and a Life of New Beginnings »

Don’t get me wrong, I have nothing wrong with the color pink. I like it in my manicures and I...