This article is part of a series known as #30DaysOfThanks. 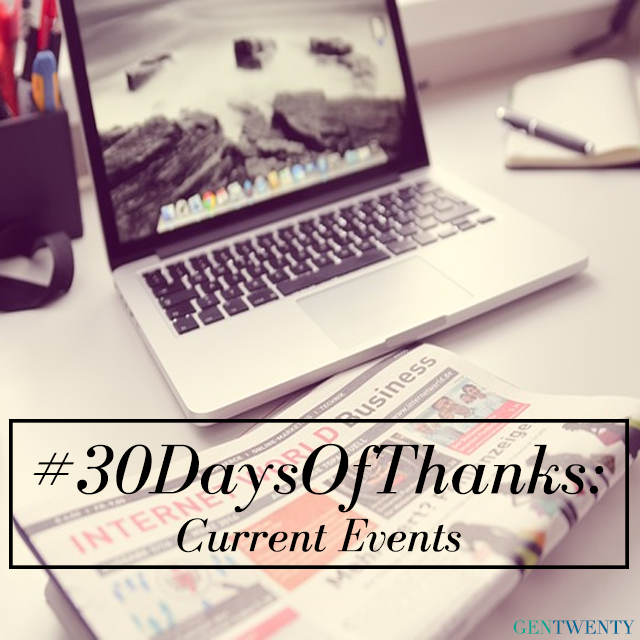 Few things in life have such an impact on us at age nine that we still remember them exactly as they happened 13 years later. There is one such day that stands out like this for me.

At nine years old my father had always encouraged me to be familiar with what was happening in our world. I would often watch the news with him at night or he would cut out a newspaper clipping and have me read that for my extracurricular reading. At that age I wasn’t able to see the worldly significance in those things, but as I grew older, the importance in knowing about the world and the policies of those who are making decisions for us became very apparent to me.

The night of September 11th I sat with my father in front of the television and watched as planes barreled into the sides of two huge buildings. I saw the smoke and I saw the chaos that filled the streets of New York. I found myself asking questions about who could have done this? Or more importantly, why would someone do this? I wanted to know about the people who were on those planes and I wanted to know about the people who were in those buildings – I wanted to know their stories. I was overcome with questions and I haven’t stopped questioning since.

I still remember being enraged in the fifth grade when no other kid on my bus was concerned with the fact that Kim Jong Ill could have weapons of mass destruction by the year 2012. I could not believe that no one was worried about this threat that I felt was so dire.

I remember feeling that same exasperation with my peers on election night when I conducted a survey in my dorm of the reasons why or why not people voted for President Barack Obama. Some of the answers I received were so unbelievable I found myself extremely frustrated. A popular answer was free birth control. Young adults were actually voting a President into office for nothing more than his promise of free birth control.

Not one person was able to tell me any of Obama’s policies in regard to foreign policy or his use of our American tax dollars. This fueled my quest to not only be a person who is informed, but to also be person that helps to inform others.

If I didn’t have such a strong desire to know about our world and the people in it I certainly would not be where I am today. I chose the path of broadcast journalism in college and that led me to my current job. I am now a freelance production assistant at Fox News where I use my desire to share and tell stories to mainly assist others in doing just that. It is not my dream job yet, but it is a foot in the door that leads into the building that maybe one day with determination I will be able to work in.

Many see our generation as one that has no concern for anything that takes place outside of our social media engulfed worlds but that is simply not true. We are painted as a generation that is selfish, lazy, and ungrateful – spoiled brats who have floated along with the help of the Internet where those born before us had to actually invoke the use of books! GASP.

This stereotype, while it might be true for a select few, cannot be used to define a whole generation. We have developed and grown up based on the world we were born in, just as every other generation did before us.

If you look close enough you can always find someone who cares, who is hard working and who is grateful for the life that has been set out before him or her. All you have to do is look, and once you do, you might find that you’ll be presently surprised by what you find. 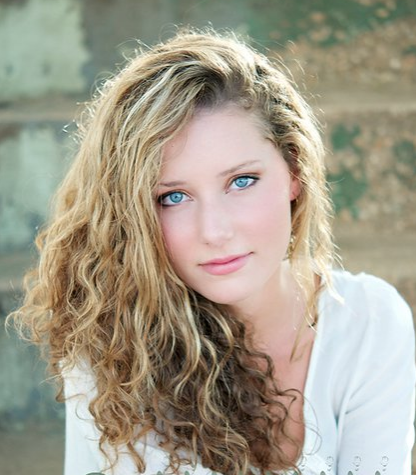 Original photo via Flickr As previously mentioned, for the next two weeks, we will be taking a quick break from our...