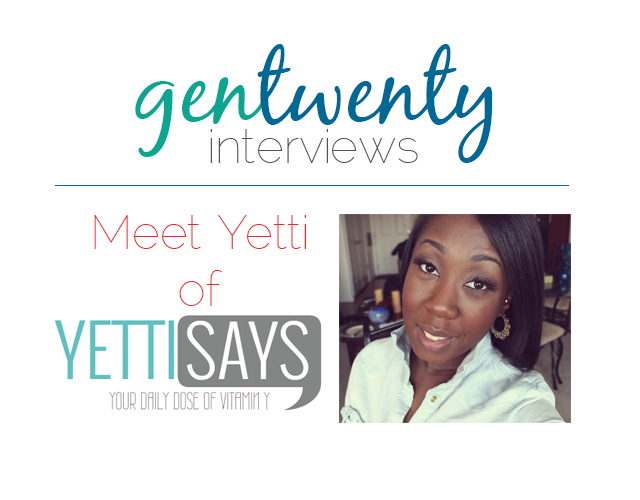 After a few minutes of a struggling Skype connection, a quick download of Google Hangouts Chrome extension, and a switch from laptop to cell phone, we finally “met.” Twenty-five year old Yetti, of YettiSays (formerly AndSoSheWrites.com) was personable, friendly, and the epitome of everything she seemed to be from her blog. She openly shared her personal stories and wasn’t hesitant to curse when moved to do so; talking to Yetti was like meeting with an old friend for the first time.

Conversation with Yetti was so natural off the bat that my opening question regarding her favorite social media network spiraled into an entire laughter-filled conversation. “I think right now it would have to be Instagram,” she said. “Before it was Twitter and I’m definitely still all for Twitter, but it’s nice to get to look into people’s lives through pictures. Every twenty-something has a degree in online stalking,” she added with a giggle.

We continued talking, letting the discussion flow from one topic to another including her favorite magazines (O Magazine, which she steals from her work, and Cosmopolitan, from which she’d never take any advice), favorite reality TV stars (NeNe Leaks of The Real Housewives of Atlanta and Draya of Basketball Wives: Los Angeles), and even her favorite season:

“Right now, in my perfect world it’s fall,” she said. “I’m probably one of the very few people who hates summer. I do not like summer. I hate summer! … Things always tend to fall into place in the fall. Something terrible has happened every summer for the past few years so now I just look forward to fall. A ton of free, fun events happen in New York City… in the fall and I just love it.”

After our opening laughs, we started exploring her personal story. One of the most telling was Yetti’s tale on her fear of being judged.

“I moved to America at nine or 10,” she said [Note: Yetti was born in London, England]. “It was the first time I was aware that I didn’t look like other people. In Worcester, there were very few black people; they made it known that I was different.”

The story grew into one that, though it started at childhood, is still developing today. Being around people who ostracized her for her differences during her adolescence led Yetti to have social anxiety that she faces often while living in such a crowded place, New York City.

“I decided the best way to [address my social anxiety] was just to go for it and that’s what I’m doing,” she said.

That isn’t the only place in Yetti’s life where she decided to “just go for it.” Two years ago, she moved to NYC on a whim, following a dream she’d had for some time. There she found a roommate who (according to what I read on YettiSays.com) she loves, a job in the engineering field, and the power to create the life she wanted to live.

“Sometimes you have to force things into the direction you need them to go it,” she said. “There are some things we cannot control, but you should control the things you can.”

Along with that advice, Yetti also shared some words of wisdom she’s had to learn to abide be herself.

“Trust in your potential,” she said. “I’ve always kind of self-doubted, second guessed myself. I used to be one of those people who looked outward for validation, but moving to New York and losing friends I thought I’d always have has taught me to just trust me. I’m capable of doing it, whatever it is.”

Though she professionally works in engineering, blogging is very much an important part of Yetti’s everyday life. Having recently rebranded her online presence from And So She Writes to Yetti Says, she acknowledges that sometimes you have to completely change to show that you’ve grown.

“As a blogger (and writer), you evolve,” she said on the FAQ page of YettiSays.com. “I grew out of ASSW.com long before I decided to create YettiSays.com. I felt as though I was losing my voice, the old me people were so adamant on keeping present. So one day I said ‘fuck it’ and bought a new domain name. It was time for a change, time for something more me… now. YS.com is a clear representation of me (hence the name) and I own every fucking thought I share here,” she said on the FAQ page of YettiSays.com.

As a veteran in the blogging world, Yetti was apt to share the consequences, both positive and negative, of publicly sharing the details of one’s personal life. She specifically listed three drawbacks: personal blogging will affect loved ones, loved ones will hold back from sharing certain things because you’re a writer, and the negative feedback from “haters.”

“Blogging builds a tough skin,” she said. “Someone will always have something negative to say, whether its your family disagreeing with something you’ve shared or a hater online just out there to be spiteful.”

She said that tough skin as the biggest reward of blogging.

“When interviewing for jobs when I first moved to NY, I would get rejection after rejection, but jobs just reject who you are on paper. I don’t think I would have taken that so well if I hadn’t received that same rejection for my personality.”

As our conversation came to a close, a topic very important to Yetti came up: happiness. When asked what makes her happiest, she shared that helping others is her ultimate goal. She shared her personal goal of starting a nonprofit organization focused on helping young women be happy and avoid feeling as low as she’s felt in her life.

“I think the act of helping other people makes me feel so good,” she said. “Any and everything I can do to help someone else makes me unbelievably happy.” 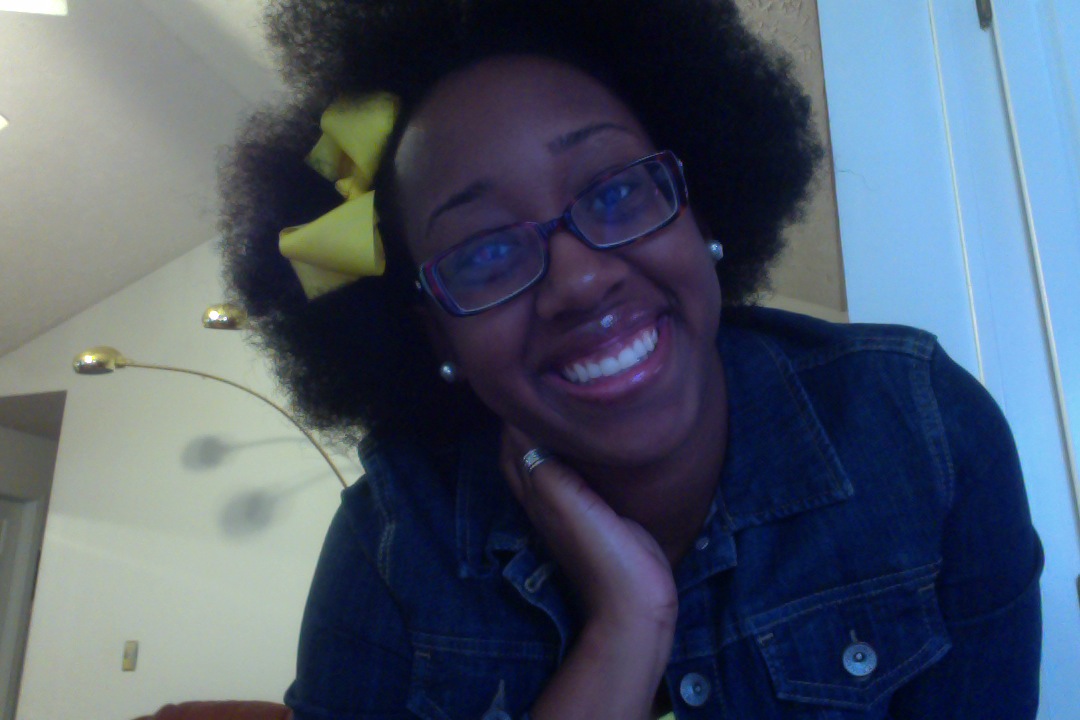 Parys received her Bachelor of Arts in Journalism in May 2013 from the University of Georgia’s Grady College of Journalism and Mass Communications. She enjoys photography, writing, and interior design and looks forward to one day giving urban youth an outlet to explore their writing passion.

Previous Post: « Bigger than you: The ideals that shape your life
Next Post: Adolescent aspiration vs. adult realization: Why life plans never work out »

Recently, the editors of GenTwenty had the chance to sit down with the Founder and Editor-in-Chief of Pink and Black Magazine, Anna Taylor....