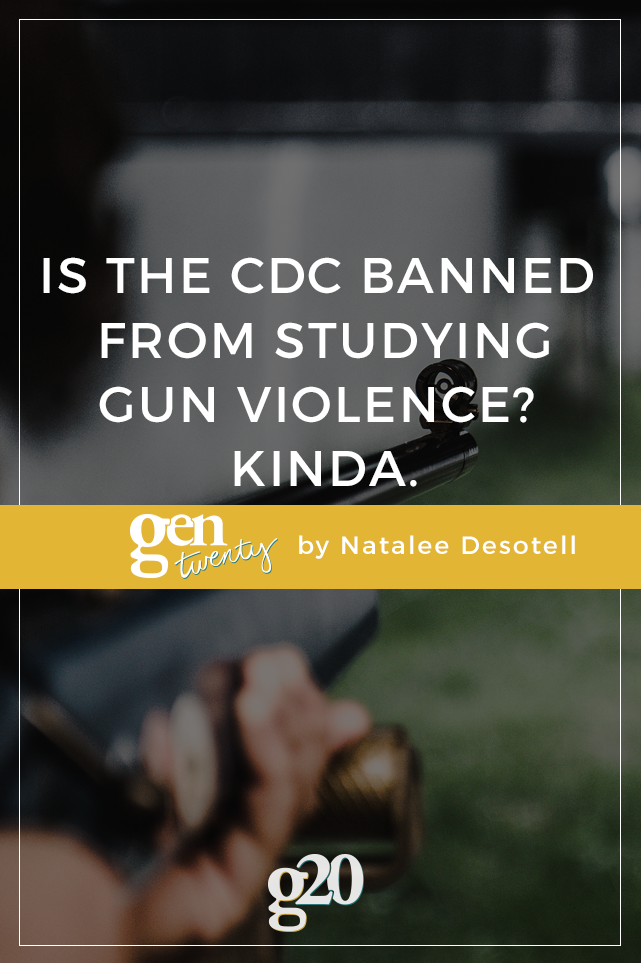 Even with all the discord, everyone seems to acknowledge that what we’re doing isn’t working. Mass shootings may be stable or on the rise (sources vary), but they are definitely getting deadlier. Sixty people have been killed in mass shootings so far in 2018 (as of this writing).

Something needs to change. Will more support for mental health reduce mass shootings? Is the answer to lock everyone’s guns away and throw away the key? Is the solution to “walk up” to a student who might need a friend, rather than “walking out” for gun control?

Lots of people with keyboards and an internet connection think they know precisely what the answer is, but we don’t create knowledge by popular opinion. Scientists create knowledge through reasoned, unbiased research. Scientific research is how we know for sure that smoking is harmful to your health and that a Zika infection can be sexually transmitted

Most people see scientific research in a positive light, so the public might agree that science should inform the policies we implement (sometimes it doesn’t). So what do scientists have to say about how gun control or better mental health support might prevent mass shootings? Well, we don’t really know.

To know what actually causes gun violence at the level seen in the United States, we need data to analyze and funding to research it. What do we know about each of these shooters (beyond what was revealed to the media)? What do we know about how they tend to procure their weapons or how they planned their attack? These are just a few initial questions that a gun violence researcher might seek the answer to. Unfortunately, there are very few gun violence researchers, and the data and funding for research are sparse. The reason for this can be traced back to the nineties.

The CDC is one of the most important sources for scientific research in the United States. Some people think the CDC is prohibited from studying gun violence, but that isn’t entirely true. What they are referring to is the Dickey Amendment, which was passed by Congress in 1996. Its specific language states that

“none of the funds made available for injury prevention and control at the Center for Disease Control and Prevention may be used to advocate or promote gun control.”

There is no language to outright prohibit researchers from studying gun violence, but the amendment limits the funding available for gun-related studies.

It’s important to understand the context of this amendment. In 1993, research supported by a CDC grant found that having guns in the home was associated with an increased risk of household homicide. The NRA was angered and lobbied Congress to prevent CDC funding to be used to advocate for gun control. The Dickey Amendment was then authored by Republican Jay Dickey.

The amendment happened before school shootings were heavy on the American public’s psyche. The notorious Columbine shooting, in which 13 people were murdered, happened in 1999.

What the Dickey Amendment set into motion was a change in federal funding for gun research. The amount that had been set aside to research guns was re-allocated to traumatic brain injury. Since this reallocation, very few federal funds have been made available for firearm research, even as mass shootings have become more deadly.

It’s important to note that most fatal shootings are not the kind that grab headlines and prompt marches. Most deaths from a gunshot wound are suicides, followed by homicides. Black men are more likely than anyone else to die of gun violence. There are many different types of firearm fatality, and I think the CDC should be able to study them all, meaning the amendment should be repealed. Notably, Jay Dickey, the amendment’s writer and namesake, agrees.

A glimmer of hope came on March 23rd when the President signed a new spending bill explicitly stating that the CDC has the authority to study the causes of gun violence. However, the bill provides no funding and researchers are skeptical that anything will change.

The CDC isn’t the only source of research in the United States, of course.

Johns Hopkins University has its own Center for Gun Policy and Research, and support for state-level research shows promise in New Jersey and California. However, the funding available for these programs is scant.

Opening the doors to more scientific research of gun violence is an important step if we are serious about reducing gun violence fatalities in the United States. However, research without action is not enough. We already know that people with mental illness are actually more likely to be victims of violence than perpetrators. We also know that mass shootings are a uniquely American problem and that gun control has worked well in other countries. Whether more evidence will make a difference in our laws is up to the people we vote into office.

How I Got Through The Death Of My Dad

Losing a parent is a devastating time. Here's how I got through it.