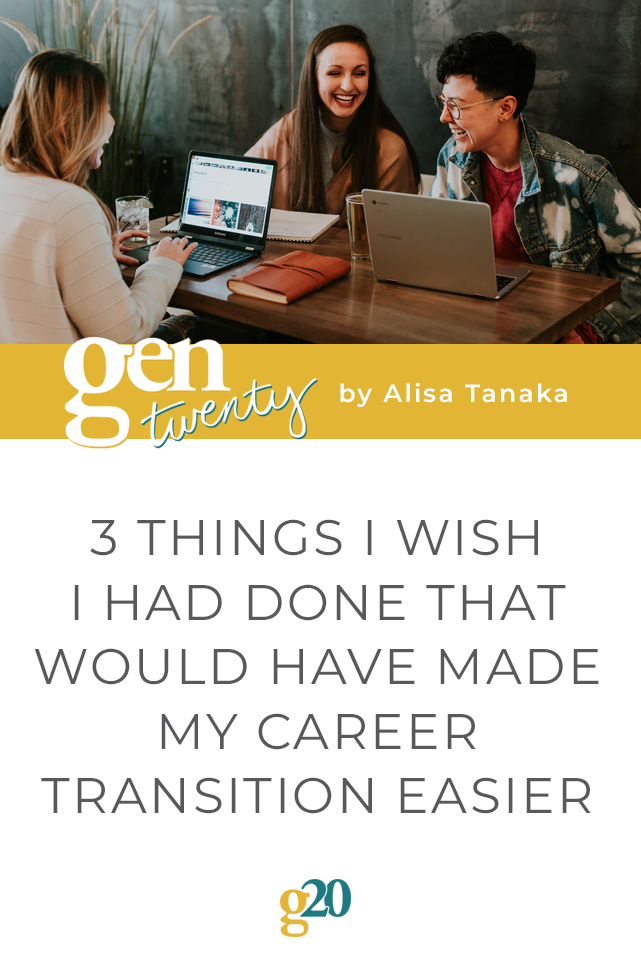 In my desperation to study abroad, I squeezed studying abroad in during the last possible semester I could have. That last semester happened to be the spring semester of my senior year, which meant that I missed a lot of time that could have been spent doing a lot of things laying the foundation for my post-graduate life.

While I fully understand that I can’t go back and reverse time, there are things that I wish I had done after graduating that would have made my life a lot easier.

I don’t regret studying abroad in Australia; I know that if I had not studied abroad, I would have regretted it for the rest of my life. In retrospect, I definitely could have planned the first few steps of my career much more thoughtfully.

I decided to go straight back to my childhood home, with no concrete plan as far as when I would leave and how long I would be there. What started as the intention to stay for only one year turned into almost 5.

I am grateful that my family allowed me to stay with them for as long as they did; however, I do wish that I had given myself a timeline and made plans to move according to that timeline. While I am aware that not everyone operates well with timelines, I am someone who needs the structure of a deadline.

Looking back, I can confidently say that spending so long at home made me complacent to a certain degree; if I had the chance to go back in time, I would have set myself deadlines.

2. Applied For Internships Over the Summer

I spent the summer much like many of my other classmates; relaxing and recharging myself for the year ahead. However, in retrospect, I wish I had utilized that time a little more effectively by applying for summer internships in various fields. While I don’t underestimate the importance of self-care and relaxing, I do wish I had taken the jump and applied for internships over the summers in between semesters.

I do think that had I interned with companies that aligned with my interests, I would have been able to get a much clearer idea of the kind of work I am the most suited for, learn more about each of my particular interests and the inner workings of a particular industry, and most importantly, developed a stronger network of contacts from within the company itself that could have helped me in the long run.

Having connections from within the company itself would have given existing employees a chance to determine if I would be a good employee, but it would also have given me the chance to experience what being an employee at that particular company would have been like.

I have explored many of my various interests by volunteering since graduating, since interning is no longer an option (unless I decide to pursue a graduate degree in the future). While I am not opposed to volunteering and believe that it is a worthwhile way to spend your time, I do think that if I had taken advantage of the fact that I was a student and spent time interning over the summer, I could have learned a lot about various career options and fields much earlier, which would have allowed me to focus my post-university job search much more.

As twenty-somethings, we are no stranger to the concept of networking or the benefits of the practice.  However, I have discovered that it isn’t until you leave the comfort of a university setting that you realize the benefits of networking. This isn’t to say that I did not network during my academic career. However, I do wish that I had networked much more aggressively and expanded my network much more.

I should clarify that when I say network aggressively, I suggest doing more than simply reach out to connections via LinkedIn, although networking is indeed useful. Yes, there are thousands of jobs posted online, but many of those positions are filled by means of networking.

Attending networking events and maintaining those connections by following up with them is just, if not more important than simply reaching out and establishing a connection with them online. Letting them get to know you will beyond the resume will allow them to determine how best to help you.

Had I networked much more aggressively, I feel that I would have been able to establish a wider range of contacts and therefore, been able to gather more information about various fields and positions, which would have helped me narrow down my areas of interest and focus my job search much more efficiently.

It is useless to contemplate what you could or should have done. However, knowing what you would have done differently can also be motivation to do things differently. Very few of us are lucky enough to continue the same career in the same industry for an extended period of time. As our careers change, it’s good to keep in mind what you would do differently in order to create a different and hopefully better outcome for yourself.

Here are some easy ways to make some money with things you're already doing!