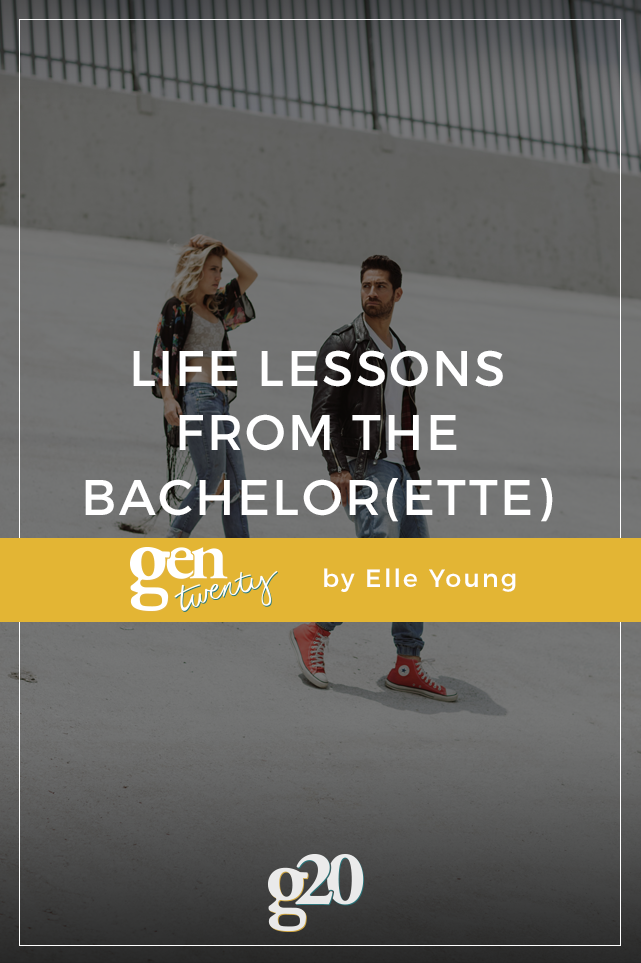 Since The Bachelor first aired in 2002 in the USA, it has propelled a number of ordinary people into worldwide fame, some more fleeting than others. Australia followed later with its own spin on the well-known reality show and being on Aussie soil for the past few years, this was how I ended up being introduced to the franchise.

What I soon realized is, despite its reputation, The Bachelor does a great job of providing important lessons in both life and love.

Here are a few of them, from my perspective:

How many contestants do you remember from the earlier seasons? Be honest. Chances are you probably only remember the Bachelor, the winner, and the runner-up — and perhaps those whose antics were so outrageous that they became water-cooler conversation.

Sure, they may crop up every now and again on shows like Celebrity Apprentice or I’m a Celebrity…Get Me Out of Here! but for the most part, they fade back into the woodwork after their fifteen minutes of fame.

2. Honesty is Valued – Except When It Isn’t

One thing I always hear the Bachelor or Bachelorette talk about is how they want the contestants to talk more about their feelings and to “stop being so closed up.”  The thing is, not everyone falls in love that quickly, and yet when these men or women vocalize that, they’re accused of not being committed enough. As if.

READ MORE  Do You Still Judge Others? How To Get Rid of Your Judgmental Ways

It really makes you wonder if the Bachelor(ette) values a declaration of love made in the heat of the moment (or rather, season) more over someone who genuinely takes the time to come to terms with their feelings.

(And yes, I know this is a reality show.  My point still stands.)

3. Don’t Underestimate the Bonds of Friendship

Even though only one person ultimately wins at the end of the season, it’s heartening to see the many friendships that have formed amongst the contestants that continue on long after the show has ended.

This may seem a bit cold-blooded, but when it comes down to it, the Bachelor(ette) is a competition where other candidates are eliminated every week after a series of challenges (dates) via a rose ceremony.  It’s why all the “originals” were so upset when the intruders were first introduced in the 2nd season of The Bachelor Australia.

It’s also why I still remember the cocktail party from that episode, which hammered that in, “They haven’t been through what we’ve been through!” How dare they just waltz in, can’t they see that the Bachelor already has nine girlfriends to choose from!  The nerve of them!

Because the epitome of unfairness, after surviving so many rounds, is having fresh opponents waltz into your level with no effort. It’s like studying your butt off to get into a good school only to find out that your classmate got in because their parents knew someone on the board.

READ MORE  Beyond Bloodlines: Building Your Own Family

Good job, producers. You definitely did catch my attention with this twist. Which brings me to the next point…

Even though it’s unscripted, there’s no denying that a lot of editing occurs. One contestant may be interviewed, but it’s not surprising to find out that only a small portion of what she told the camera made it into the final edit.

Plus, contestants are often given cues or starter topics in order to help create some tension. This is where the saying, “If you don’t have something nice to say… don’t say anything at all,” never becomes more important.  Drama makes for good television — and in order to create drama, you need conflict and a villain.

The goal of The Bachelor is to generate entertainment and good ratings, not love and friendship.

Every season of The Bachelor, one girl (or more) is gradually singled out and her comments and actions are carefully edited for maximum effect. More than one contestant has complained about the producers and expressed that they were unfairly vilified.

This is sometime true. As I see it, it’s usually when the girl was simply too blunt and honest. After all, who could forget #dirtystreetpie?

6. People Will Judge You No Matter What You Do

The moment people choose to appear on a reality show, they are judged.  Not just for their decision to appear on said show, but also on their looks, comments, clothes — the list goes on. It’s inevitable and I think most of the contestants have realized that. This is what happens when you decide to step into the spotlight.

Despite the reputation reality shows have, I think they offer some valuable lessons along with their acknowledged entertainment value. You just have to look beneath the surface.

6 Life Lessons from The Bachelor(ette)

Your turn: What’s your take on this reality TV show?

Previous Post: « What Is Normal? Exploring Mental Illness in Your 20s [VIDEO]
Next Post: 4 Ways to Keep Learning Once You’ve Graduated »

Why Should We Even Bother Setting Goals?

Setting goals will keep you motivated, all throughout your life.